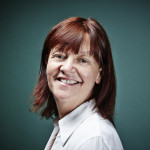 Orna Ross, Director of The Alliance of Independent Authors. “Moral panics should not drive policy… We need to band together to ensure authors cannot be treated cavalierly.”

The Alliance of Independent Authors (ALLi) and I have been quoted and, yes, even misquoted, about the removal of author-published books from online book retailers in the recent erotica row — on BBC Radio 4's PM, in The Guardian and The Bookseller, among many others. This blog post is to put the record straight about our thoughts on the ongoing Kobo situation and its wider implications.

For those of you who do not publish on Kobo Writing Life (KWL) or who are too busy writing to have noticed: A feature in the UK magazine, The Kernel, on October 11th, which was subsequently found to have misrepresented several author-publishers, formed the basis of a widespread media attack on the erotica genre that quickly spun out of control.

Action was taken across multiple booksellers. Amazon, Barnes & Noble and other retailers removed and continued to remove “offending” books title by title but while the initial focus was on erotica, the reaction spread.  In the UK and New Zealand WH Smith and Whitcoulls closed their websites for a time and led Kobo, their ebook distributor, to take down all “self”-published titles, not just erotica.

Here are our thoughts and we are interested in feedback, particularly from members of ALLi, which we will pass on.

1. No warning and poor communication. Approximately ten percent of Kobo’s unit sales come through KWL: most of those writers, the vast majority of whom do not publish in the erotica genre,  have had their publishing schedules and livelihoods damaged while they wait for retailers to solve a problem that was not of their making. The authors were not informed that their books were going to be removed and given no timeframe as to when they would be returned to the virtual shelves.

2. Moral Panics Should Not Drive Policy. ALLi has great admiration for Kobo devices, staff, and the KWL platform and is  pleased to have Kobo as a Partner Member.  Their platform received a high ranking in our Choosing A Self-Publishing Service guide. Somebody over-reacted to media mongering and it’s our guess that it wasn’t Kobo. As the only (to our knowledge) dedicated eReading company that works with local partners around the globe, Kobo were caught between the rock of WH Smith and the hard place they delivered to their authors.

We understand they must work with their retailing partners and that they are working hard to return the books as soon as possible but author-publishers are their partners too and deserve better.

3. Both Author-publishers and Trade-publishers put out Pornography/erotica. However we, as individuals, may feel about such material — and opinions run the gamut on this — a widespread dropping and blocking of all self-published books is an inappropriate response to the challenge of monitoring  illegal or undesirable material. If feel you have to tackle this issue by removing an entire category of books from the virtual shelves while you sort out your systems (and we would argue that is not an appropriate reaction, as evidenced by other retailers taking a slower and more measured response), the category should not be self-published books but pornography/erotica across the trade- and author-published spectrum.

4. Much erotica/pornography is not author-published at all but put together by marketeers outsourcing content provision to writers-for-hire in Africa and Asia, to capitalize on a high demand for risqué material. Such marketeers will always game a system, if they can. Those bookstores/publishing platforms that trade in pornography/erotica have a responsibility to ensure they have effective systems to filter such content for illegal material and to protect minors.

6. Author-Publishers need multiple outlets. This event emphasises the need for author-publishers to distribute their books widely, across multiple platforms so they are not dependent on any one outlet to reach readers.

7. Author-Publishers need a representative body with muscle.  ALLi's Watchdog Advisor, Victoria Strauss, has written of how author-publishing contracts “typically allow the platform to yank books, close accounts, and enforce content policies at will, often without notification or explanation. When the platforms choose to exercise this power –- appropriately or inappropriately –- authors often have little recourse. A common theme of such situations is the difficulty of getting removed books restored, or of penetrating the bureaucracy and finding someone who can provide real answers and/or real help.”

ALLi would like to change this and believes the most effective way to do this is for authors to band together into a meaningful force.

Kobo has been in touch with ALLi throughout the controversy and we appreciate the communication and support their efforts to get books back on sale as soon as possible. The most recent information is: “The KWL team has already gone through thousands of publisher/author accounts and restored tens of thousands of titles to the UK – we are continuing on in these efforts. Authors who found themselves caught in the wide net inadvertently can help us by emailing [email protected] so we can ensure they are in the restoration queue.”

Please let us know your thoughts on this and any of the other issues raised in this post. You can leave a comment below or contact ALLi directly HERE. We will convey your ideas/suggestions/feedback to Kobo and other retailers.

Join The Alliance of Independent Authors: Author-publishers who want to support each other and have a voice to campaign on questions of interest to them are invited to join our alliance. Every member makes us stronger.