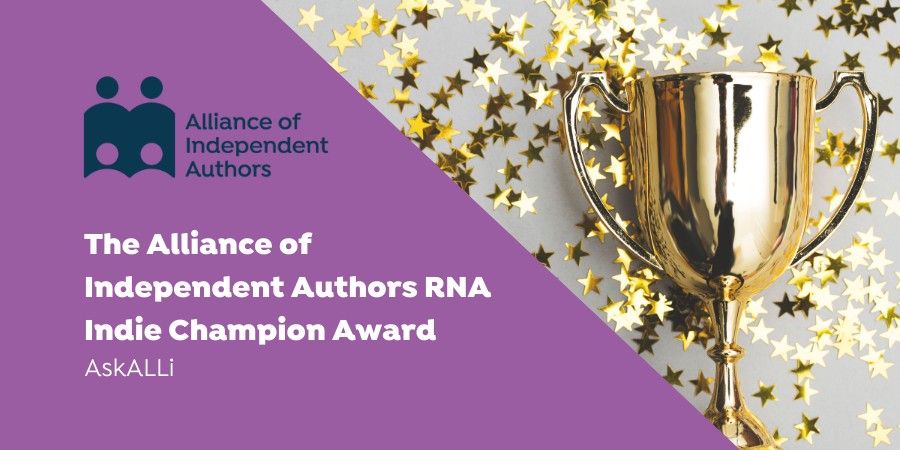 The team at the Alliance of Independent Authors (ALLi) is pleased to share the news that our global association for self-publishing authors has won the RNA Indie Champion Award 2021.

It's not often we toot our own horn over in ALLi, but occasionally, when a wonderful thing happens, it would be rude not to.

The RNA awards celebrate persons, groups and organisations who champion the broad genre of romantic fiction in a positive way, with the Indie Champion award recognising a person, group, organisation, or company who has made an outstanding contribution to indie romance publishing.  And it's with great pleasure we can announce that ALLi was chosen from an impressive shortlist as indie champion of the year 2021.
The award was presented at a ceremony at the Leonardo Hotel, central London, on October 28th 2021.

Accepting the award on behalf of the ALLi team Orna Ross, novelist, poet and co-director, said:

“It is my great pleasure to accept the RNA Indie Champion Award 2021 on behalf of the ALLi team, advisors and ambassadors — and of course our members, all of whom champion independence as they go about their work of self-publishing great books. We thank the Romantic Novelists’ Association for this award and also for its openness to independent authors. Since digital publishing technology arrived in the publishing industry, self-publishing romance authors have been at the forefront of innovation, particularly in marketing and promotion, so we are honored to have our work for indie authors awarded by this forward-thinking association of writers.”

The shortlists for the RNA awards are chosen from nominations by the association’s membership. Award categories include the best Narrator, Designer, Editor, Bookseller, Media Star, Agent, Publisher or Editor, Library or Librarian, and an Inclusion Award for championing inclusivity, as well as Indie Champion of the Year. A panel of judges chose the award winner in each category from the shortlists.

The awards, held for the eighth time in 2021, are highly respected in the UK publishing industry, with a shortlist nominated by the RNA membership and winners chosen by a panel of judges. Award categories include the best Narrator, Designer, Editor, Bookseller, Media Star, Agent, Publisher or Editor, Library or Librarian, and an Inclusion Award for championing inclusivity, as well as Indie Champion of the Year. 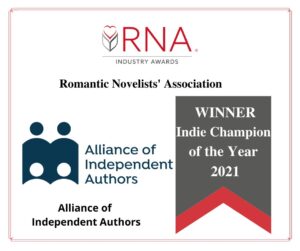 About The Alliance of Independent Authors?

The Alliance of Independent Authors (ALLi) is a professional membership organisation for self-publishing authors. A non-profit, ALLi provides trusted advice and education, supportive guidance, and a wide range of resources within a welcoming community of authors and advisors. Founded in 2012 by Director, Orna Ross (a bestselling and award-winning independent novelist and poet), the organisation now has thousands of members worldwide.

– ALLi is an international organisation with thousands of members all over the globe. Its membership make-up can be seen here: Allianceindependentauthors.org/global-self-publishing/

We're proud to be an international organisation with thousands of members all over the globe. If you're interested in the make-up of our membership you can see more here.

If you're not a member you can join here, or find out more about why you should join ALLi in our post here.

Thank you so much to the RNA for this award.