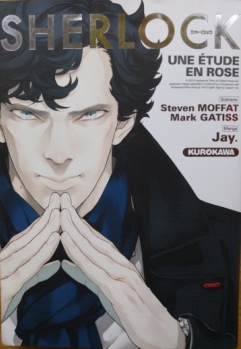 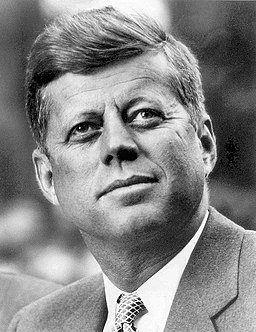 As a prolific reader and reviewer, I have to say that I often find myself balking at what authors ask me to do, in their newsletters, emails or via social media messages.

Sometimes it’s not so much what authors ask me to do, but how they ask me.

Three words: Twitter Direct Messages. I’m sure we’ve all gasped at the gall of requests that come via that route.

Or when I do what they ask me – write an honest review – and then they complain about it.

Rather than risk embarrassing anyone by quoting specific examples of what’s irked me, I’d like to approach the issue more positively with five key recommendations as to what you can do for your readers:

One of the great joys of being indie is that we don’t have to stick with the trade’s genre formulae. But if we choose to blend genres together, we must take it on the chin when readers complain. 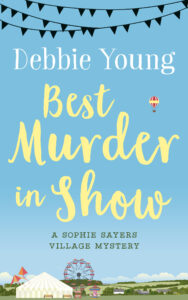 It’s a mystery… I think!

Thus when writing my new novel Best Murder in Show I found myself penning something that was as much romantic comedy as murder mystery, I had to decide whether my will to write what I wanted to write would give me the strength to bear any negative reviews on that score. I took a calculated risk and pressed on. Although I’ve already had one reviewer dock a star on that basis, I have no-one to blame but myself – and as the rest of her review was glowing, that’s fine by me.

However, I’m glad I took on board the advice of one of my lovely beta readers to move the murder to the first chapter. My reward was another reader telling me that he loved the fact that he didn’t have to wade halfway through the book to find the dead body – a feature of too many thrillers he’d read lately. Not that he’s a bloodthirsty type. Actually, he’s my dad.

2. Respond to your readers’ wishes for future books

If readers have so much enjoyed what you had envisaged as a one-off, stand-alone book, that they’re clamouring to spend more time with the characters and setting, let them have sequels. 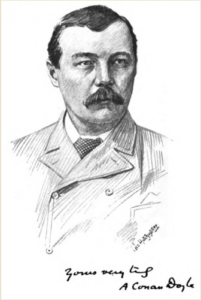 Literature abounds with stories of authors who grew to resent characters that they’d created, killing them off only having to revive them for sequels, but boy, did they sell books.

Sir Arthur Conan Doyle reportedly said that he’d feel he had failed if he was only ever remembered for his Sherlock Holmes books, rather than the dozens of others he penned, but maybe he’d change his mind if he could see today how iconic and much loved they still are, and all the forms that they have taken. Apparently the latest craze is Manga versions, and my teenage daughter bought one in French last week to help improve her language skills in the company of her hero.

Okay, so Doyle might turn in his grave at that particular development, but I bet he wouldn’t if he was in receipt of the vast merchandising profits.

3. Provide your books in the formats readers want to read them

I am always surprised at how often I hear writers say they’re not bothered about publishing ebooks because they prefer print. A few years from now, they”ll probably be saying the same thing about audiobooks. Even though I don’t listen to audiobooks, I know I’d be foolish to disregard the millions that love them. That would be like a fashion designer refusing to offer his denim jeans in blue because he only ever wears black himself.

It’s the content that matters, not the form, as long as you’re reaching your readers. 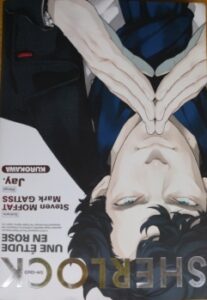 If you’re asking your reader to do something for you, such as review a new book, make it easy for them to obtain it in the form that they prefer. Ok, so it might make your life easier if they’d all just accept ebooks or pdfs or Word documents, or whatever you prefer, but if a reviewer wants a print book, give him a print book. Surely the cost of the book plus the postage is worth the prospect of an enthusiastic review? Or if they want an ebook in a particular format, go for it. The effort of sending it in a different form is so little compared to the trouble you took to write and publish the book in the first place that it seems silly not to go that extra mile.

Don’t question the reason for their preference. There are perfectly good reasons to want one or another, e.g. I have rheumatoid arthritis and find heavy books hard to hold for long so prefer them as ebooks, but for slim poetry volumes I prefer print because ebook formatting seldom presents poems as well as print. Be thankful that your reviewers are happy to take the book at all. And whatever you do, don’t ask for a review and then tell them where to buy it. You’re asking them to volunteer hours of their time. The least you can do is provide the book.

5. Make it easy for them to reach you

Don’t play hard to get. It’s fair enough not to put your email address on show in the public domain, so as to avoid spammers. But not even offering a contact form on your author website is short-sighted. Cut yourself off from contact like that, you’ll not only disappoint readers, you’ll also risk missing valuable opportunities from other sources, such as journalists wanting to interview you, or agents interested in doing business.

Don’t be your own sales prevention officer.

OVER TO YOU I’m not holding myself up as the model of perfect reader relations, so please feel free to call me out if you catch me making any of the errors I’m railing against above. And if you can think of any points you’d like to add to my list, fire away! The comments box awaits you…

#Authors - why you should ask not what your reader can do for you, but... - by @DebbieYoungBN Click To Tweet

OTHER PROVOCATIVE POSTS ABOUT READER RELATIONS

Opinion: Why It’s Good to Get Bad Reviews

Book Promotion: How Not to Annoy a Book Reviewer