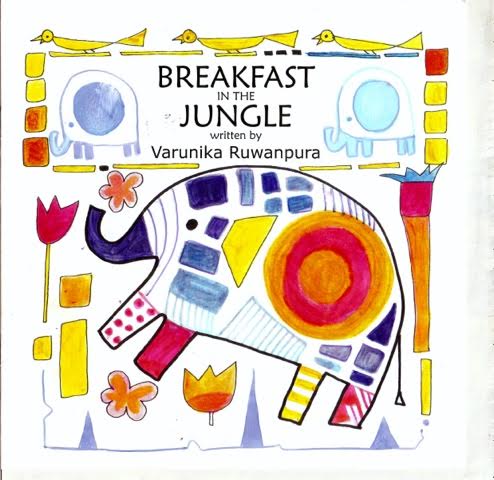 Writing: Why I Write and Self-Publish Children’s Books 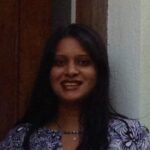 As part of our occasional series on “Why I write what I write”, Sri Lankan author Varunika Ruwanpura, a professional writing tutor at the University of South Australia, explains why she loves writing and self-publishing children's books, and how her first children's story was the result of a collaboration between three generations of her family.

Children’s literature has always fascinated me. As a child I was always reading even carrying books with me to the dining table and bathroom. My father finally put a ban on reading at mealtimes because I simply would not look up to hold a conversation with anyone.

Kind of like what I go through with my kids these days, except they’re on ipads!

In college I studied architecture and journalism, focusing on my twin loves of art and writing. I developed a reputation as an arts writer reviewing art exhibitions, books and films in Sri Lanka and later in Melbourne, Australia. I am a highly visual person, and maybe that’s why I’m drawn to the genre of children’s books.

It’s a medium that lends itself to writing and illustration simultaneously.

So many children’s book writers have inspired me, including literary giants such as Beatrix Potter, C S Lewis and Enid Blyton. Then comes the imaginative work of Maurice Sendak, Roald Dahl, Eric Carle, Dick Bruna and Astrid Lindgren. Two contemporary children’s books authors I love are Lauren Childs and Lucy Cousins – quirky female authors who really get kids. As popular Australian children’s book author Mem Fox says: ‘In order to write, first you have to have lived’.

In 2007 at the age of 28 I had a daughter. For the first time in my adult life I was a stay-at-home mum caring full-time for my little girl. While it was an amazing and joyous time, it was also a restless period for me. I take pride in my professional work, and caring for an active baby was not quite enough to keep my mind occupied, although it certainly was enough physically! So I started to write a children’s book in my spare time. My goal was to create a book that would give my little one an understanding of the beauty my country of birth – Sri Lanka. My daughter was born in Australia where we now live.

Breakfast in the Jungle is what I wrote. The story was only about 160 words long, but it took several months to write and redraft. After I finished it, I sent it to my mother, who’s a Sri Lankan artist and designer. She drew all the accompanying illustrations of Sri Lankan wildlife – an elephant, monkey, deer and peacock. The illustrations also took several attempts before they were perfected. Early proofs looked too realistic and similar to what was already present in published children’s books. Finally we settled on a highly colorful and graphical style that is typical of my mother’s paintings.

We’ve had positive feedback from parents and children about this illustration style. ‘The story is quite short, but the artwork turned out to be the hit with my son. He felt inspired to draw his own elephants and peacocks and deer and had a lot of fun doing it’, one reviewer wrote on the Amazon United Kingdom website.

We first published the book in hardcopy and sold it exclusively in Sri Lanka at Barefoot Ceylon–a leading hand-loom design and book store that my mother works for. That was in 2009. Five years later, in 2014, I was reading up on the viability of ebook self-publishing as I wanted to get my books out to a wider audience. I weighed the pros and cons of Amazon’s Kindle program and Apple’s iBooks as well as other indie publishers.

I settled on Kindle because it gave writers the ability to access an epublishing format specifically for children’s books. It took me over a month to figure out the program and redesign Breakfast in the Jungle to suit ebook format. I haven’t perfected the art of writing children’s ebooks; it’s an ongoing learning curve. The book was published on Kindle ebooks in January 2015 and has been selling slowly but steadily around the world. I also give away free copies every few months. The pleasure I get from seeing my books being accessed around the world in countries such as USA, Spain, Germany, France, Australia, India, Japan and the UK is immeasurable.

Author's note: Thank you to Dr. Ben Stubbs of the University of South Australia for help with writing this blog.

OVER TO YOU Why do you write what you write? We'd love to know! Join the conversation via the comments box – and if you're a member of ALLi and would like to write a guest post on the topic, please email Debbie Young, Commissioning Editor of our Author Advice Centre blog.

Why do you write what you write? Indie #author @vruwanpura from #SriLanka shares her story Varunika Ruwanpura #ww #amwriting Click To Tweet

Varunika Ruwanpura is a journalist and author. She has over twelve years' experience working for print and magazine publications in Australia and Sri Lanka and is also a published children's book writer. She works as a journalism and professional writing tutor at the University of South Australia.