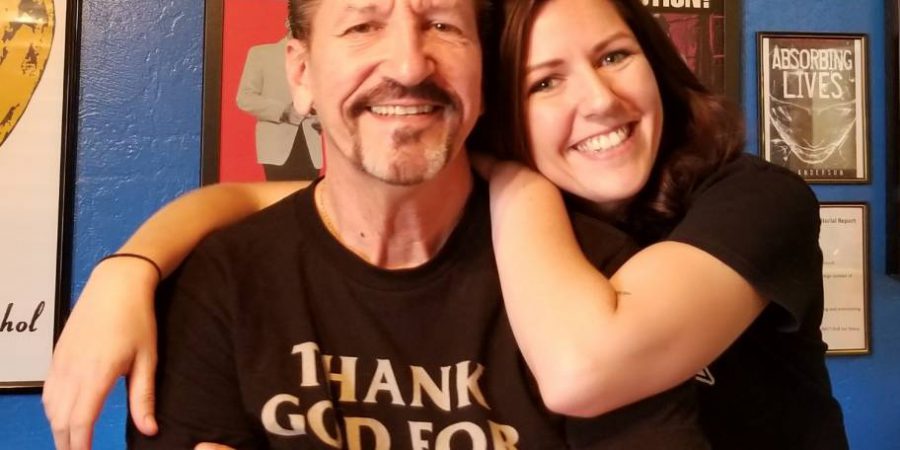 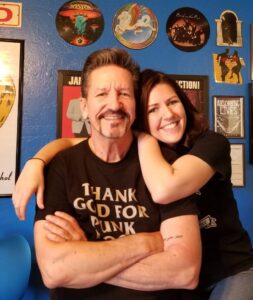 Father and daughter team behind the author L T Anderson

As the latest instalment of our occasional series about collaborative writing – one of the hot topics in the world of self-publishing this year – we're delighted to share an unusual father-daughter combination. Father Les Anderson and daughter Taylor make a convincing case for why their finely-tuned partnership, LT Anderson, is much greater than the sum of the parts.

Don’t believe any of the bad stuff. Psychology Today says “…middle children become more independent, think outside the box, feel less pressure to conform, and are more empathetic. This gives them great skills as employees and also makes them excellent team players and partners.”

That statement defines why this father-daughter collaboration is an excellent fit. When we decided to venture into writing, it was natural that our debut novel, Absorbing Lives, would be dedicated to society’s rejects: the commonplace, average, ugly, blemished, imperfect, unattractive, flawed, scarred, geeks, loners, outcasts, freaks and weirdos. 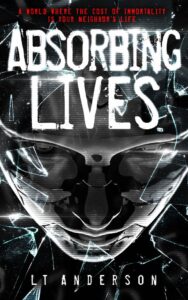 “Taylor and I have both been one or more of those described in our novel’s dedication (above),” says Les. “This gives us a natural sense of partnership because we can relate to each other on the same basic social level.”

“Exactly,” says Taylor. “And the “thinking outside the box” part is why Punk is a common thread with us. The Punk scene started out as a rebellious movement. That’s pretty much us.”

Regarding collaboration, being the same isn’t always where it’s at, and diversity of ideas is what makes this writing team the best it can be. There’s a generation gap that some may consider a hindrance. Les is a product of the 1970s, Taylor remembers the mid-nineties and on. While appreciating each other’s background and experience, the merging of generations and natural conflicts gives birth to ideas that may not otherwise come forth.

“If there ever came a time where we both agreed on everything, we’d become stagnant,” says Les. “I can’t imagine how boring that would be.”

“It’s like we each have our own deck of cards and we toss our decks into the air,” says Taylor. “When we reassemble the decks in random order, we come up with entirely new ideas that are unique, and stronger than any single viewpoint. That’s teamwork. That’s collaboration.”

To us, the art of collaboration goes beyond the creation of the final product. While one of us may be furiously pounding away at the keyboard before an idea escapes into the nether regions, the other is tapping social media with the latest antics and updates, notifying fans and followers that we’re here and we appreciate you.

A Problem Shared is a Problem Halved

So, although there is a lot to be done with respect to formatting, uploading and marketing, when shared, the burden is not so heavy. With our team, everything is shared. Taylor is the organized, list-keeping warden. Les is the pantser.

And the cloth is woven with the threads of the free-for-all seventies entwined with the youth of the new century, each with an appreciation of the other.

The give-and-take is not only natural for these middle children, it is a necessity.

The result of our team’s collaboration is the culmination of years of diverse life experience from different generations jam-packed into projects that embrace diversity, women’s strength, sympathy for the underdog and the recognition that no matter where you’ve been, however deep your hole, you are relevant and you can prevail.

If we were to offer advice on collaboration, two main points rise to the surface:

In the end, your multicolored tapestry is always better than the brightest of any single color you imagined.

Both avid readers with a preference toward the supernatural and anything out of the ordinary, they are always looking for that undiscovered gem in the indie publishing world.

When not writing, researching or kicking around ideas for their next novel, Les and Taylor might be found at their local thrift store or estate sale, always on the hunt for mid-century and Kitschy antiques. On occasion, they might be spotted enjoying a beer with the underdogs at their local dive bar concert venue.