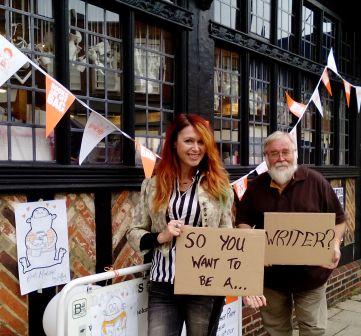 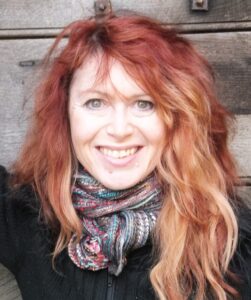 Novelist, writing coach, journalist and broadcaster Roz Morris comes out from behind her cloak of invisibility to share top tips on how indie authors can become ghostwriters.

Could you be a ghostwriter?

‘So which books did you ghostwrite?'

You may know I have a show on Surrey Hills Radio  with independent bookseller Peter Snell, and he's always trying to ferret out the answer to this question.

Quick recap: before I ever published anything under my own name I'd already sold more than four million copies of novels as a ghostwriter.

Ghostwriting – of both fiction and non-fiction – is much more prolific than you'd suspect. Many full-time authors moonlight as the pens of others. Established ghostwriters can get good deals. The books are usually well promoted.

So how do you get into it? 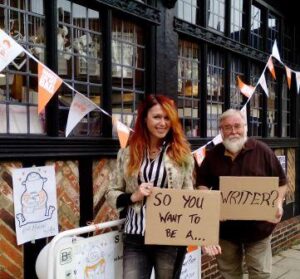 Ghostwriting is not for beginners. Ghostwriters are hired by the publisher, and they use authors they know, or authors recommended by agents. That usually favours traditionally published authors, but if you’re an indie with a solid sales record in a commercial genre, your could contact editors or agents to let them know you’re up for ghosting. And if you have an agent, you can ask to be considered for ghosting work.

Does that mean you’re out if you don’t have a track record? No, you could try book packagers. These are companies that develop book concepts and deliver finished manuscripts to publishers. Sometimes these are big hits. BeastQuest is an example. It's not well paid – and that's a big stripy understatement. The books are devised by committee and the writer is often asked for endless rewrites when someone changes their mind. But they will consider untried writers.

In indie land, I'm now seeing productive partnerships between people who want to fund a book and writers who provide the expert skill. Here are points to beware of:

What qualities do you need for ghostwriting?

Aside from proven craft skills… 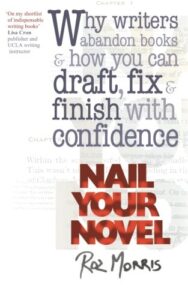 A cast-iron ethic that puts your writing first. Deadlines won't wait while you have a life crisis or a busy month in your day job. It helps if you develop a method. I once wrote four novels in a year, and I still use the system I developed. (I put it in Nail Your Novel: Why Writers Abandon Books & How You Can Draft, Fix & Finish With Confidence.)

Abandon your identity. It's not your book. It's the book that the other person would write if they could. Good ghostwriters are like actors; they can adopt the voice and mind of another person. That's part of the appeal as well as the challenge. When I was ghosting, I mainly wrote thrillers. Left to my own devices, I write story-driven literary fiction . Did I mind stepping out of my familiar patch? Not at all. It's fantastic for broadening your character repertoire and writing horizons.

You also need to be good at interviewing and earning the trust of your subject. They're laying out their life for you to poke around in or make fiction of. Saintly patience helps. Often these people don't know how publishing works or the demands of the writing craft. The whole process might be infuriating. It might also be very rewarding. I've always had solid relationships with the people whose novels I've ghosted. I'm proud of the books we made and grateful to have crossed paths with such interesting people.

Here are some other ghostwriting FAQs.

So which books did I write?

Well, like most ghosts, I'm sworn to secrecy, but I have promised Peter that if he guesses correctly I'll fess up. It's keeping him very busy. In the meantime, here's a post I wrote recently that gives a glimpse of the ghostwriter's lot.