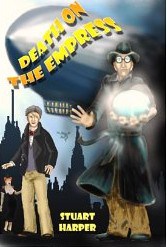 Writing: How Do You Judge Self-Publishing Success?

Not long after the release of his debut YA novel, British author Stuart Harper made an exciting discovery that made him reconsider his definitions of what spells self-publishing success. His experience, shared on ALLi's private Facebook forum this morning, instantly struck a chord with other indie author members around the world, who have also given permission to be quoted here. It also chimed with Lucienne Boyce‘s post earlier this week asserting that the real value of author events lies in making connections with readers. 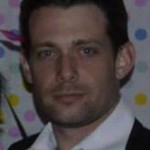 “I launched my debut YA novel Death on the Empress less than a month ago, and in my very short time as a self-published writer, my proudest moment was when I discovered that a class in Australia was using my book, Death on The Empress,  in their lessons. They were studying the character descriptions in the book and drawing what they thought the characters looked like. (Click here to see their pictures on the school's website.) This made me realise what I really wanted to get out of writing.

“When I decided to go down the route of self-publishing, I didn’t really have in my head the number of copies I wanted to sell. What was respectable? 10, 100, 1000? Because I never really had a figure in my head, I didn’t know whether to judge myself as a success or not.

“It was only when I saw all those children, on the opposite side of the world, reading Death on The Empress and drawing the characters from my book that I realised that sales figures aren’t important to me. It’s knowing that there are people who I don’t know, who I will never meet, who I will possibly never be in the same hemisphere as, who are enjoying my book, drawing the characters and talking about the story. Even if I never sell another book (and I’m realistic that I probably won’t shift too many more), I will consider this launch a success.”

Views from Other ALLi Authors 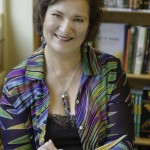 “While I will measure success by sales and profits, of course, I agree that the true measure of success is that people are reading the book and getting something out of it. I used to think that being successful meant getting a publisher. As soon as I realized that true success was writing a book I could be truly proud of and then putting it out to the world so people could read and enjoy it, all the pieces of the publishing puzzle just fell into place. I just launched my novel to a packed audience and it was the best feeling in the world!” 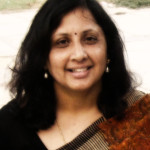 “Success is getting fan mail from Mexico and Ukraine and Pakistan. I love that women there could relate to a book that is set in rural India!”

How do you judge your success as a self-published author? Average rating? Number of Reviews? Free downloads? Sales figures? Please do tell, via the comments box!

Authors, how do you judge your #selfpub success? An inspiring take on the subject from a debut  author here: http://wp.me/p44e6Y-1Jl