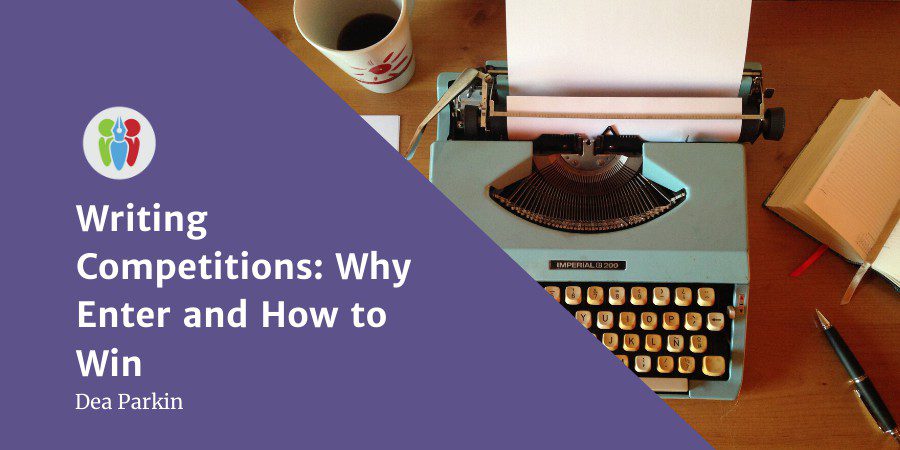 Publishing books is most indie author's bread and butter, but how many of us still enter writing competitions? Dea Parkin,  ALLi partner member, Editor-in-chief at Fiction Feedback and Secretary of the Crime Writers’ Association, gives us an insight into her experience administrating and reading for major writing competitions and advises how best to go about preparing your entry.

Writing Competitions: Why Enter, How to Win

Dea Parkin, Editor-in-chief at Fiction Feedback and Secretary of the Crime Writers’ Association, gives us an insight into her experience administrating and reading for major writing competitions and advises how best to go about preparing your entry.

I’ve worked with the Crime Writers’ Association running their international competitions, the CWA Debut Dagger and the Margery Allingham Short Mystery Competition, for five years and have judged entries for several national short story competitions for well over a decade. Two things stand out: the varying levels of effort people put into their entries, and the amazing boost to confidence gained by those who are shortlisted.

One author who came second in one of the small competitions I judge some years ago was inspired to write a whole series of crime novels. At first he published independently, and then got a traditional contract and found that less time-consuming – he’s an industrious businessman as well as a writer. He’s now on to his third series and still says that without the original validation of the competition prize, he’d never have pursued his passion. Meanwhile, Mike Craven, a crime writer, was shortlisted for the CWA Debut Dagger in 2013 and found that the publishers and agents whose doors had previously been closed to him were now beckoning him in. Six years later, Mike’s book The Puppet Show won the CWA Gold Dagger for best crime novel of the year and he’s given up his day job. His story is here.

Why You Should Enter Writing Competitions

Submitting your work to be read by a third party can be life-enhancing, whether or not it brings tangible rewards. Honing your work, aware that it’s going to be read by a professional and judged against other entries, brings a sharpness to your self-editing that stands you in good stead in your growth as a writer. So even if the prize doesn’t interest you, or you think the competition will be too steep, I would recommend that you have a go. I know several experienced authors who make a point of entering a few competitions a year simply to keep that sharpness of approach. It’s also the case that any shortlisting looks great on the writing CV.

So how do you give yourself the best chance of winning? I mentioned earlier the different levels of care I’ve seen over the years, from writers disregarding the rules to not even running Word’s spellchecker over their entry. So, let’s start with the obvious: follow the rules.

This is the easy part of getting your entry considered, so make sure you thoroughly read and adhere to the rules for every competition. Too many good writers disqualify their entries by exceeding the word limit. Judges won’t make allowances; if your entry is a few words too long or has your name on it where it shouldn’t, it won’t even be read. Hint: don’t, however, submit an entry that’s significantly under the maximum word count. The more words, the more potential there is for a satisfying story that engages the judges, so give yourself that advantage and allow yourself to compete against others who will.

Where there’s a theme, make sure your entry encapsulates it, even if not in an obvious way. It might be subtle, but it mustn’t be tenuous.

Take the time to perfect your prose. Get the work professionally copy-edited if you can (if a competition doesn’t say you must not, then it’s allowed, and every reader or judge I know would actively encourage it). If lack of money prohibits, show it instead to someone you know is hot at English. Hint: learn the rules of punctuation, especially around dialogue. Quality of prose is almost always a judging criterion and when there are lots of superb stories, judges will use whatever means they can to whittle them down. Aiming for perfect grammar, spelling and punctuation is a good way of giving yourself a head start because they’re not as subjective as other criteria, so make sure you finish your entry with enough time to pay your prose lots of attention.

What are the other criteria likely to be? Characterisation is one. Help yourself by keeping characters to a minimum. Then make your characters come to life so the reader cares what happens to them – even if it’s wanting to see their comeuppance. Hint: the most successful competition entries I’ve seen are either written from a single viewpoint or from two very different ones. Make sure something does happen and the character at the end is in a different place from where they started, and while we might not have guessed it at the beginning, looking back it’s quite logical and plausible.

Hint: don’t go for a dramatic twist at the expense of plausibility. It might get you on to a longlist, but it’s likely to count against you at the sharp end of judging. Your denouement might not be likely, but it must be plausible. The best entries are those that combine the startling outcome with complete plausibility.

If you’re asked for a synopsis as several novel competitions require, research how to write a good one. It must contain all the major plot points and who does what and why. Make it clear what the novel’s about and what’s different about it.

Ah yes, difference – or rather, originality! The holy grail. Yet my experience is that stories which go on to win are only somewhat different, or different from current fashion, but not so different that a judge can’t be confident they’ll have wide appeal. Write well, and don’t try to write your version of what’s already glutting the market. Judges always like something a little different.

A final word: if you know who the judges are, try to find out more about their writing preferences. With Google at your fingertips, it’s easy. Consider what you might write, or how, that could appeal to them. Hint: if they’re an editor at a commercial publishing house, don’t write anything too outré or cross-genre. If they’re an award-winning literary writer – well, you can work it out.

When was the last time you entered a writing competition? Will you start entering them this year?

Dea is the owner and manager of Fiction Feedback, an editorial consultancy she founded in 2008 that provides critiques and both structural and copy-editing. The stable of editors is extensive, so that writers can be paired with an editor whose experience, preference and talent most suits their work. Many of their customers have gone on to publish independently or be published. Dea’s own speciality is copy-editing historical fiction.

A long-time associate member, Dea has been Secretary of the Crime Writers’ Association (CWA) since early 2016. While most of her time is taken up with looking after author members and the day-to-day operation of both the CWA and sister organisation Crime Readers’ Association (CRA), she looks forward every year to facilitating the two international writing competitions. In the Debut Dagger, she is heavily involved at the longlisting and shortlisting stages and joins the judges for the final lunch where the winner is decided.

Dea writes herself and has had several one-act plays performed and stories shortlisted in competitions. She enjoys working in the publishing industry alongside authors, whether it’s as an editor or within her role at the CWA.