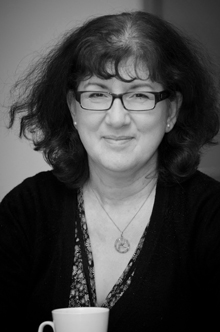 Blog editor Debbie Young explains how helping a favourite charity can be great motivation for self-published writers and indie authors, whatever their genre.

Without wishing to sound as if I think I'm Superman, now and again I like to use my powers for good: to write something that benefits a charity. To mark World Diabetes Day today, I launched an e-book to raise funds for JDRF, the global charity funding research into a cure for Type 1 Diabetes, a serious condition which affects both my husband and our only child.

The Charitable Power of Self-Publishing

One of the many advantages of self-publishing is having the freedom to produce a book for the cause of your choice, even one that a trade publisher wouldn't consider because it addresses a taboo subject or because it might attract litigation.

One such cause is the campaign for justice for the victims of the drug Stilboestrol, sold for years to  prevent miscarriage but leaving subsequent generations a legacy of horrific congenital disorders. Few sufferers are willing to talk openly about its effects, which include genital malfunction and deformity, so Judith Barrow, compelled by sympathy for their plight,  wrote the novel Silent Trauma, creating fictitious characters to tell their story.

Rick Redner and his wife Brenda took a factual approach to raise awareness of prostate cancer, co-writing an engagingly-titled memoir, I Left My Prostate in San Francisco. An one reviewer puts it, “this book is quite a brilliant way to educate people of what it is with all its implications”. 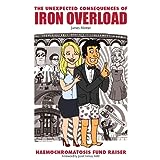 Previously a non-fiction writer, James Minter used humour in his novel The Unexpected Consequences of Iron Overload, self-published in aid of the Haemochromatosis Society, raising awareness of a condition resulting from too much iron in the blood. In a spoof thriller in the tradition of James Bond and George Smiley, the hero becomes magnetic, with entertaining consequences.

Each book is a good read in its own right, attracting plenty of 4* and 5* reviews, but it's also satisfying for the author to be able to do something constructive about a serious medical condition. 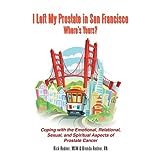 The Author-Publisher Calls the Shots

The author-publisher calls the shots not only for the content of a charitable book but also for its production and pricing.  I was able to produce my book for no cost at all, thanks to kind people who volunteered their services because they had friends and relations affected by its cause.  Novelist Joanne Phillips beta-read the book, the poet Shirley Wright proofread the final manuscript, and assisted publishing service SilverWood Books donated a professional cover design.

Even so, fixing the retail price was a tricky decision. I considered issuing the book free of charge, with a donation link embedded. In the end, I decided to charge a modest price (just enough to qualify for the 70% royalty level on Amazon) on the uncharacteristically pessimistic assumption that (a) nobody ever appreciates something they get for free and (b) a lot of readers might not read the e-book after they'd bought it, so wouldn't find the link. But I did also add on the final page a hotlink to a special JDRF donation page, so that I will have the satisfaction of knowing exactly how much my book has raised.

Other Ways to Use Your Books for Charity

Of course, there's no need to write a book especially for a charity. There are plenty of ways to use your existing books to benefit good causes:

Finally, my conscience compels me to mention the elephant in the room: having another book to your name will boost your visibility as an author on Amazon and elsewhere. Getting into the top 10 Kindle titles on “Disorders and Diseases” may never have been one of my writing ambitions, but as it's happened, who am I to protest? It's a win-win situation. My optimism has returned.

If you've written a book for a good cause or used your books to support a favourite charity, we'd love to hear about it – please feel free to add a brief case study via the Comments box.

Related articles across the web