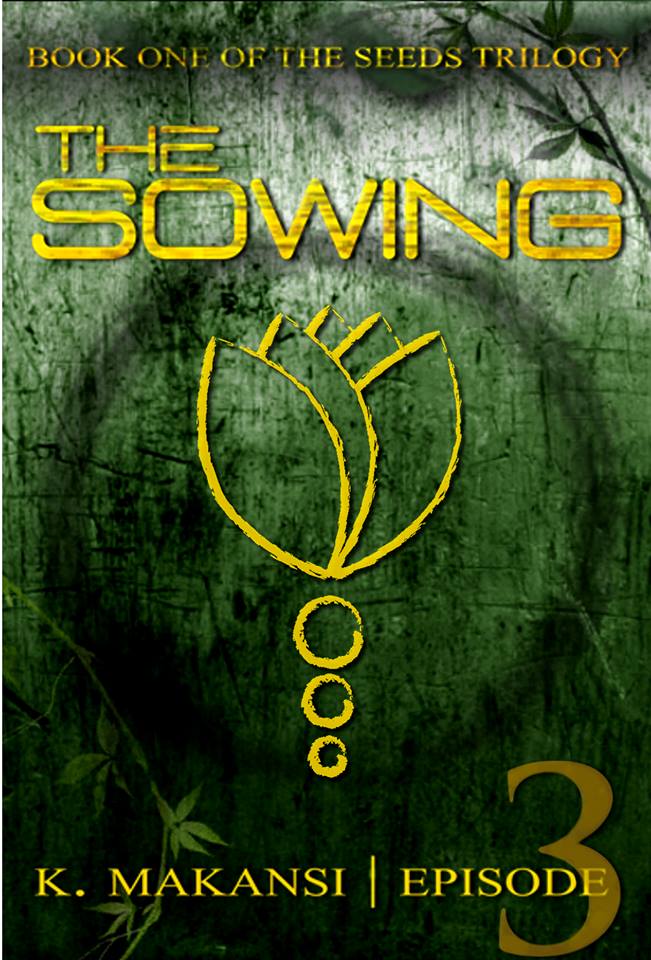 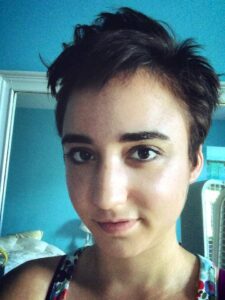 Amira Makansi is one of three writers on the K. Makansi writing team.

Over the last year and a half, a mother and two daughters have written a novel together, collaboratively, in an almost entirely egalitarian fashion. “Somehow all three of us are still alive,” says Amira Makansi, one of the three writers who makes up K. Makanski. We invited her over to tell us how this three-in-one author-publishing team makes it work.

Many curious — and skeptical — friends and acquaintances have asked us how, or why, we chose to collaborate on writing a long work of fiction. “Isn’t it a lot more work?” they demand.

“How did you write it … together?” they ask with narrowed eyes.

When my mother, Kristy, first had the dream involving a young man stretching his hand out to a fallen girl, young lovers separated by tragic consequences, she knew in her heart that the lovers’ story desperately needed telling. Excited, she shared it with my sister Elena (at the time, I was away in college) and the two of them hashed out a background and a general plot outline.

Then they shelved it. Almost two years later my mother had another dream; this time I was around for the telling, and we set about crafting the first two chapters.

Somehow the words seemed to write themselves; the story seemed to come to life without our help. 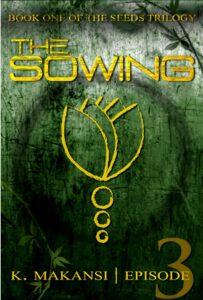 Then Elena, now in college herself, once again got interested.

The story is told in dual first-person present tense, and so I wrote Vale’s perspective, who is our male protagonist, and Kristy and Elena alternated writing Remy’s point of view. We always had the next few chapters outlined, but beyond that, we were in the dark.

Our characters kept us on our toes and we bounced ideas back and forth at each other constantly via text messaging and email. Writing this way, we got through a full first draft.

Of Edits and Egos.

The great advantage of writing collaboratively is that you always have at least one built-in editor to provide positive reinforcement—and to keep your ego in check. We all turned to each other in times of need. When I couldn’t get inside Vale’s emotional state in a particular scene, I asked Elena for help. She suggested a writing exercise that put me back on the right track.

And when I wrote scenes that I thought were awesome (spoiler: they weren’t!) Kristy and Elena were waiting to gently bring me back down to earth.

In order to homogenize the voices, though, we needed a consistent style. Fortunately, I suddenly found myself with a lot of free time just when we got comments back from beta readers. I promptly took it upon myself to go over the entire book a second time, incorporating comments and our own changes, often writing entirely new chapters to accommodate our new vision for the story.

Lest anyone think, however, that this means I have been the “dominant” author on the project, no. There were still many rounds of editing yet to come, and Kristy and Elena played as active a role in these rewrites and edits as I did.

As with all things, the devil’s in the detail, in this case: word choice, minor paragraphs, tweaking characterisations and miniscule plot changes. While the plot arc and character development seemed to flow almost without our control, the molehills in the story quickly turned into mountains as we edit Writing As A Team: Collaborative Fiction Writing together—sometimes all three of us looking at a single computer screen.

Tensions rose; we argued passionately and sometimes hot-headedly over the pieces of the story we cared about. Because, as we constantly reminded each other, everything had to be perfect. 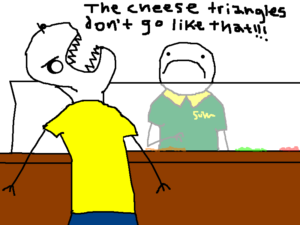 But editing is a frustrating process no matter whose puppies you’re killing, and overall, the writing experience has been incredibly satisfying.

Honestly, it makes me a little afraid to venture out into the waters alone, and writing an entire book by myself, without those built-in editors at my side, feels far more daunting than arguing over word choice and map locations.

So now, when people ask me, “But why would you choose to write a book together?” I simply ask in response: “Why not?”

Amira Makansi is one of three writers on the K. Makansi writing team. Along with her mother, Kristy, and her younger sister, Elena, K. Makansi is in the process of serially releasing their debut young adult science fiction novel, The Sowing, set in a post-apocalyptic world, which is based on the dream mentioned above and is the first in a planned trilogy. You can visit the website for the trilogy or check out Amira’s personal blog, where she writes book reviews and posts about self-publishing and the travails of being a young writer.