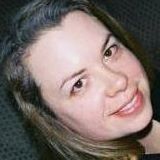 Canadian novelist Maia Sepp takes the Writer's Union of Canada to task over its attitude to independent authors.

I'm disappointed in the Writer's Union of Canada's membership committee's recent announcement of their decision to (potentially) include indie writers. Instead of innovating with an eye to the future, the union chose to adopt a two-tiered membership requirement, an act that simply reinforces negative stereotypes about indie writers – that the quality just isn't there, that novels with “big ideas” can only come out of publishing houses.

In Canada's publishing climate, the opportunity for review (particularly for non-literary or genre work) is so slim as to be non-existent, particularly when so many review avenues are closed to indies as a matter of policy. It's equally telling that the union doesn't specify exactly what this requirement means in real terms – but felt the need to include this kludge, so they can reassure traditionally published union members that there won't be hordes of indies breaking the doors down and taking resources away from real writers.

Should Canadian indies consider applying to the union? I'm baffled as to why they'd want to join an organization that didn't even feel the need to communicate what they bring to the table vis-a-vis the unique needs of indie writers in their recent announcement. Mired in the way things used to be, what does the union know about indie publishing today that I don't? With my contacts in the digital sphere, the incredible generosity of indie writers in terms of information-sharing, as well as support from organizations like ALLi, I'm more up-to-date on indie and digital issues than the union is. And the Canadian Author's Association doesn't have a closed membership policy, so why not join a organization that has historically had an eye towards emerging and indie Canadian writers? Why accept second-class status in the union?

Finally, what will it mean when a writer sells thousands of books but fails to secure a review or secret handshake from a union tribunal?* That they're not really a professional writer? That they're not part of Canada's cultural landscape? I find that preposterous. And until the rules to join the union are the same for everyone, I'm just not interested.

Maia Sepp is a Toronto writer whose debut novel, “The Sock Wars,” is a Canadian digital bestseller. Her website is at http://www.maiasepp.com.