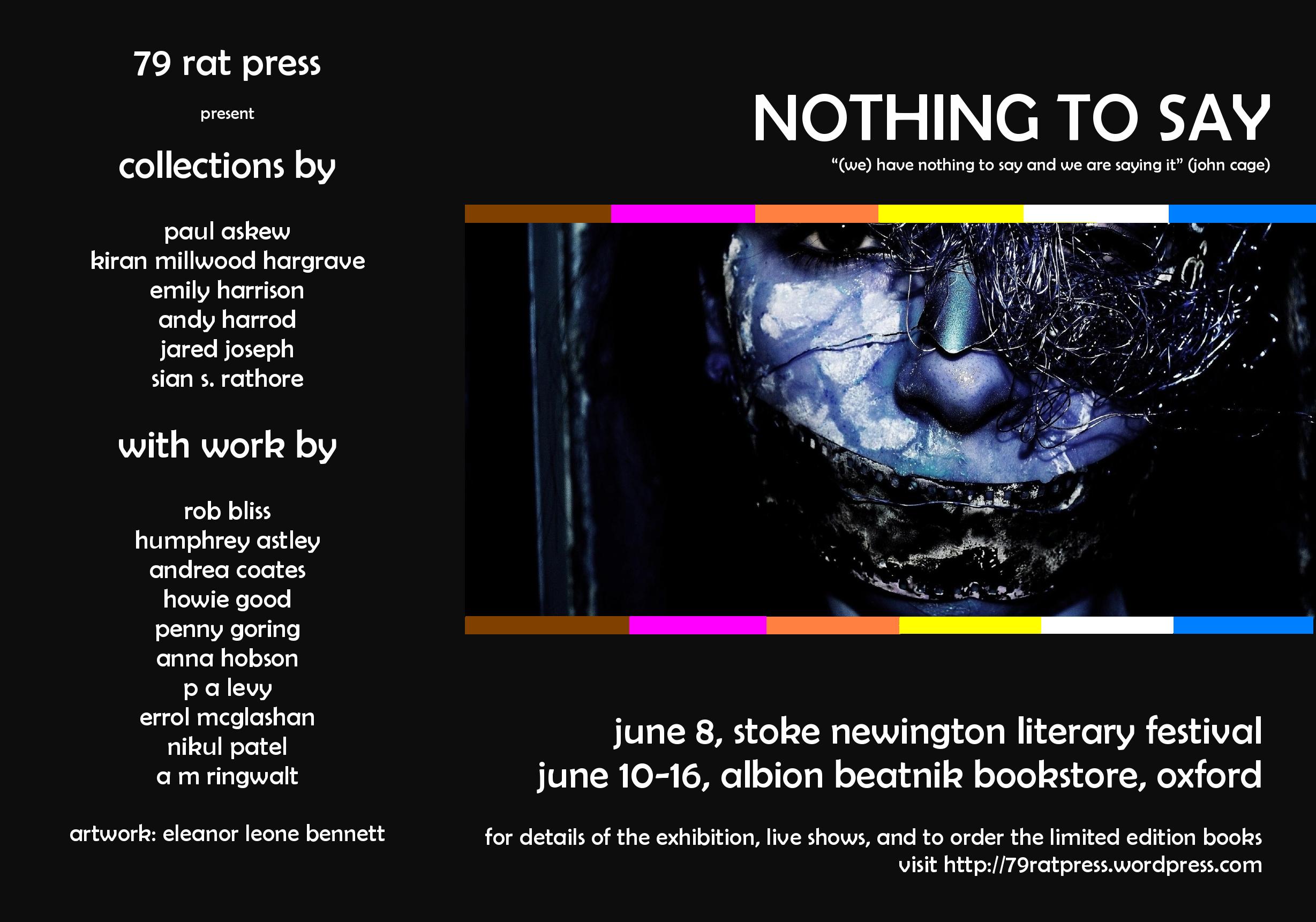 Why Literature Should Be More Like Art by Dan Holloway 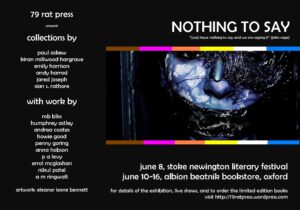 It’s hard to summarise exactly what I mean by that – it’s the distillation of a creative life that began in a room of Rothkos at the Tate as an eight year-old, and has led through life-changing experiences from endless days gazing at Renoir’s “Umbrellas” in the National Gallery to being one of the lucky few who was actually there at the Turner Prize exhibition that saw both Tracey Emin’s wonderful My Bed, which introduced me to the visceral power of confessional art, and Steve McQueen’s Deadpan, the work that introduced me to Modernism.

Roll Up, Roll Up!

If I had to sum it up though, and with a 600 word limit I’m eager to show I can keep to I do have to, I would say I mean these two things.

We need more of the impresario figures who bring art to the public, the Joplings and the Serotas, people passionate about finding and presenting the unique and original and championing it to the widest pubic possible. And I don’t mean publishers. I mean curatorial figures who are willing to stage events, installations, and collections held together by a world view or some other structure. Of course these might be publishers – indeed, increasingly we are seeing small presses with just such a clear vision and singular message and a desire to bring them to the world, presses like Bluemoose Books  and Melville House.

But this is also a role that is made for the world of self-publishing, for a figure bringing together self-published authors for unique installations each with its own theme. And we are seeing the start of the emergence of such figures, in the form of online zines such as Cityscapes. A shining example is Claire Trevien, the driving force behind projects like Penning Perfumes, which has toured the UK twice, bringing poets and perfumers together, poets creating work inspired by perfumes and perfumers mixing scents inspired by poetry; and Verse Kraken , a series of art-inspired multimedia ventures. People like Claire, and Jacob Steinberg at Cityscapes, are able to mainline the powerful effects of literature straight to the heart of the public.

Be Prepared to Provoke

And we shouldn’t be afraid of provoking thought and conversation, creating watercooler moments the way My Bed or Marcus Harvey’s Myra or Chris Offili’s dung-jewelled portraits or Damien Hirst’s exercises in formaldehyde did. Art has the power to shake us free of our assumptions, to alter our world view, to leave us fundamentally changed in relation to the world and ourselves. And yet there is a predominant feeling in literature that passion needs to be reined in, that we need polish, editing, precision, that too much feeling obfuscates the real art, which lies in beautiful construction. That of course has its place, but art is not an arid thing. From the Garden of Delights through Guernica and Frida Kahlo’s self-portraits to Rothko’s transcendental windows on the soul and Emin’s Everyone I Ever Slept With 1963-1995 which smacks you in the gut like a steamtrain, art has a unique power to stop us in our tracks, to create moments that leave everything different. And better for it. We need more writers who see their purpose in these terms.

If you want to explore what literature and art can offer each other, join me at Ti Pi Tin bookshop in Stoke Newington this Saturday, when I’ll be chairing a panel called “Pushing Envelopes and Breaking Boxes” that contains ALLi members Roz Morris and Rohan Quine as well as Manchester poet Anna Percy and kinetic typographer Marc Nash. Or all next week at the Albion Beatnik in Oxford where I’m curating the literary installation NOTHING TO SAY.

All details of Dan's events and writing and free downloads of many of his books are available on his website.