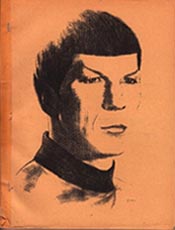 What is Fan Fiction and Do You Want to Write It?

When I first came across fan fiction I was amazed – not at the idea of writing my own stories with TV and literary characters as heros (I used to do that as a kid) – but at the volume and scope of this quite amazing genre.

I guess I can call it a genre?

Lev Grossman said in, TIME, July 18, 2011: “Fan fiction is what literature might look like if it were reinvented from scratch after a nuclear apocalypse by a band of brilliant pop-culture junkies trapped in a sealed bunker. They don't do it for money. That's not what it's about. The writers write it and put it up online just for the satisfaction. They're fans, but they're not silent, couch bound consumers of media. The culture talks to them, and they talk back to the culture in its own language”.

According to Wikipedia, fan fiction has its roots in the Science fiction genre.

However, the modern phenomenon of fan fiction as an expression of fandom and fan interaction was popularized and defined via Star Trek fandom and their fanzines published in the 1960s. The first Star Trek fanzine, Spockanalia (1967), contained some fan fiction; many others followed its example.”

Kindle Worlds, a new publishing platform promises to pay writers royalties for stories inspired by established works. Naturally, the original rights holder needs to be a willing participant as well, and they'll also be paid a royalty for all fan fiction stories sold (Amazon itself with retain the rights to those stories).

Writers of stories between 5,000 to 10,000 words will earn 20% of the revenue, while stories that exceed 10,000 words can earn 35%. The rest of the revenue is split between Amazon and Alloy Entertainment. By comparison, an author who self-publishes an original Amazon book in the Kindle Store mostly earns a 70% cut (depending on cover price, territory etc.)

This is just the beginning! Kindle Worlds aims to grow into a sprawling universe of fan fiction, akin to Star Wars’ Expanded Universe.

So, indie authors, what do you think? Is it for you?