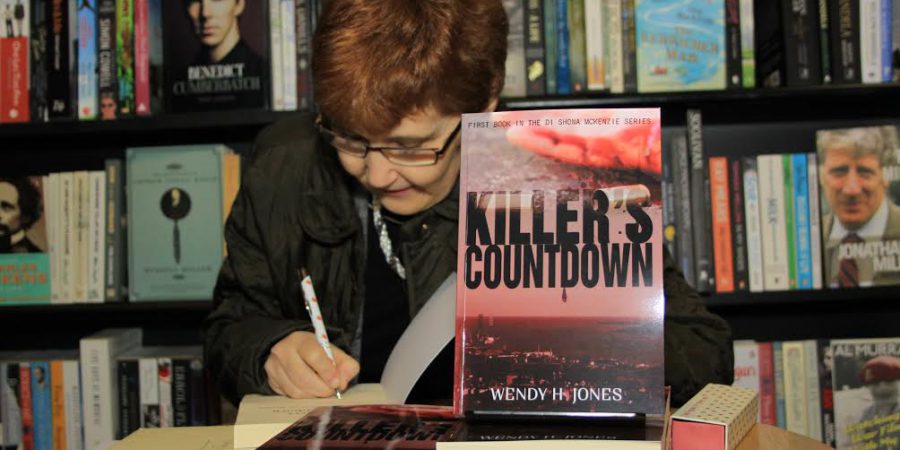 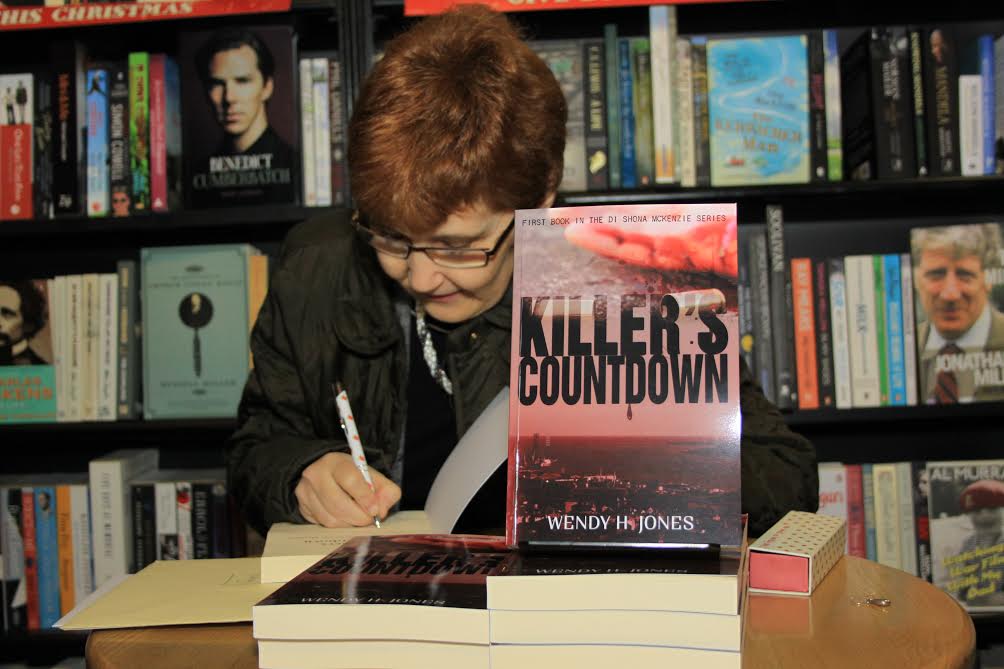 As illustrated in Darcy Conroy’s post yesterday about her success in Australia, big bookshop chains can be persuaded to stock self-published books, if you approach them in a professional way and convince them that your book is commercially viable. In today’s post, Scottish novelist Wendy Jones explains how she has built a great relationship with Waterstones, a British chain that many writers wrongly believe won’t even consider an indie book.

As a voracious reader I was used to going through the doors of Waterstones bookshops, the main high street seller of books in the UK. I would enter the Dundee shop with a feeling of excitement, knowing I was on the hunt for that perfect book.

However, that late afternoon in September 2014 was different. In November I would be releasing my debut novel, Killer’s Countdown. This was the first book in my DI Shona McKenzie Mysteries, and I was keen to get it into physical, as well as virtual, bookshops. I was visiting to ask the manager if he would not only stock my book, but also allow me to launch it in the store. What made this even more difficult was, at that point, I did not even have a copy of the book in my hands.

My Approach to Waterstones’ Dundee Branch 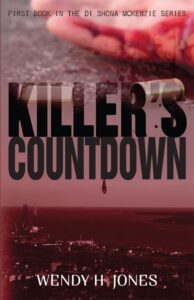 Mustering up all my courage, I approached the manager, who was initially a little reticent. I was able to assure him that everything about the book had been done professionally, including editing and cover design. I showed him the blurb, and a digital image of the cover. The way I put this over impressed him sufficiently that he agreed to hold a launch and to stock the book.

I reassured them at every level. I wanted the event to go with a bang so made sure that everything was planned with military timing. I knew my background in the military would come in useful at some point!

On launch day, Waterstones had 100 copies of my book, on the shelves and ready to be signed that evening. When I arrived an hour before the launch, they told me people had already been buying it. As a first-time author, I cannot begin to describe how I felt at hearing this.

As it was November, the supermarkets were packed with party food, and taking advantage of this, I laid on a buffet. Waterstones provided the wine and the glasses. We were ready to party, and party we did. Over 100 people came. There was a real buzz about the place, and everyone was open and receptive and had fun. I read from the book and then was bombarded with questions. The book signing afterwards was phenomenal. 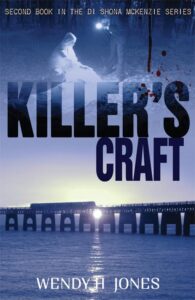 The sequel, launching soon in a bricks-and-mortar bookstore

Since the launch, Killer’s Countdown has continued to sell well. It has good product placement and has been displayed in the store window. It is always displayed cover out, rather than spine out, and it is on several tables throughout the store. I cannot thank Waterstones’ Dundee branch enough for the way in which they have promoted it.

However, the story does not stop there. The book is also stocked in several other Waterstones stores in Scotland. Following the success of my partnership with Waterstones, I approached other bookshops. CLC Bookshop in Dundee is also stocking my book. In partnership with them, we put on a Focus on Fiction week with my book as the main focus. Several weeks later, it is still in the window of the store. The Emporium, an independent bookshop in Cromarty is also stocking it.

The second book in the series, Killer’s Craft, will be launched at Waterstones, Dundee, on the 20th July 2015. I am looking forward to it already. If you’re nearby, do come along!

If you’ve had a success story like this for a self-published book in a major bookstore , we’d love to hear about it! Please feel free to share it via the comments box, or message Debbie Young if you would like to write a guest blog post about your experience. (NB ALLi members only may write guest posts, but anyone is welcome to comment.)

Wendy H. Jones is an award-winning Scottish Crime Writer who lives and sets her books in Dundee, Scotland. She is also an International Public Speaker talking about writing and marketing. Killer’s Crew, the first book in her DI Shona McKenzie Mysteries was the Winner of the Books Go Social Book of the Year 2017. The Dagger’s Curse, the first book in her Young Adult mystery series, was a finalist in the Woman Alive Magazine Readers Choice Award 2017. She has signed a publishing contract with Malcolm Down and Sarah Grace Publishing for the first book in a children’s picture book series, based on a true story about a little Buffalo in Scotland. The first, Bertie’s Great Escape will be released late October 2018. When she’s not writing, Wendy spends her time travelling the world. She is also President of the Scottish Association of Writers and co-founder of Crime at the Castle, a Scottish literary festival held at Glamis Castle Scotland. For more about her work, visit her author website: www.wendyhjones.com.