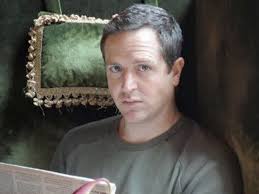 How I Do It: Successful Indie Authors Share Their Secrets. This week: Hugh Howey.

“Write as if nobody will read it; publish as if everyone will read it.” Hugh Howey talks about the writing and publishing strategies that have made him one of the world's bestselling self-publishing authors.

* What's the secret of your success?

The biggest advantage I had as an aspiring writer was my prior experience as a bookseller and a book critic. I knew going in that making a career out of writing was highly unlikely. This was a huge advantage. It allowed me to approach my writing as a hobby, as something I loved, rather than something I needed to pan out. Knowing my chances also prevented me from wasting years pursuing agents and publishers, I spent that time writing as much as I could, and writing the stories I wished were already out there. Being relaxed, prolific, and making my works available to readers gave me a chance. The rest was a mix of luck and word-of-mouth.

* What was the single best thing you ever did?

I published. I made each work available, and then I moved on to the next story. I also didn't fall into the trap of falling in love with my first world or first set of characters. It's easy to write sequels for the rest of your life, when no one has read the first book. That leaves you forever marketing your weakest material. Instead, I wrote in a variety of genres and styles and for all ages. When something took off, I concentrated on that.

* Did you get lucky? What happened?

Absolutely. Most bestselling authors enjoy a bit of luck. I was lucky to be writing in this age of e-books and print-on-demand paperbacks. Ten years ago, and I never would've been published. Ten years from now, and the competition will likely be too great for my works to flourish. My story fell in front of the right eyes, and those people went on to recommend it to the right people, and a bunch of readers wrote glowing reviews, and Amazon's algorithms gave me a boost, and the entire process felt magical and completely out of my hands.

I will say that the authors who experienced some luck put themselves in a good place by sitting down and pounding out the words and crafting the best story possible. Luck favors the well-prepared.

* How do you get/stay in creative mode?

I don't wait for inspiration to strike. I sit down every day and work on my story. The creativity comes after you've got a nice sweat beading up on your brow. If you wait until you're in the mood, you'll never get anything done.

* How do you prioritise?

I set goals. I want to write 2,000 words a day when I'm starting a draft. When I'm revising, I try to get through three chapters a day. When I'm editing, I aim for fifteen chapters a day. I often exceed my goals, but having them is what gets me cranking in the morning.

I'm wrapping up DUST right now, which concludes the Silo Saga that began with WOOL. And then I'll write the next MOLLY FYDE book before starting a new series. I have a few other genres I want to dabble in as well.

* What's your top tip for other indie authors?

Write your books with the idea that no one will ever read them. This will allow you to take risks, worry less about following trends and conventions, and produce your best work. After you do this, publish your books as if billions of people will read them. This will ensure that you edit and format the works to perfection, that you'll grace them with brilliant covers, and that you'll promote them with catchy blurbs.

After eight years working as a yacht captain delivering boats from Chicago to Barbados and everywhere in between, Hugh Howey was finally lured away from the sea by the girl of his dreams. Sequestered in the mountains of North Carolina, he directed his energies into his childhood fantasy of writing soaring adventure stories. His first series, The Molly Fyde Saga, won endorsements and awards from bestselling authors and bloggers but it was his publication of Wool, and the four stories that followed, that gave him the freedom to quit his day job and write full-time. He now lives in Jupiter, Florida with his wife Amber and their dog Bella, just close enough to the sea for it to call to him yet again.