OK, we all know that the very best advertising for your books is the last book you wrote. But you can write the greatest book in the world and if no one knows it exists then no one is going to read it. Services and companies that tell devoted readers about your books are an author’s lifeblood, but many of these services are feeling an increasing squeeze.

After last week’s news seemed to be all about how you got your book “out there”, this week the news has been dominated by how you let people know where “there” is. Where to start? Pixel of Ink, one of the first regular ebook discovery mailing lists announced here that they are hanging up their boots. That announcement seems to have triggered this piece from Digital Reader which looks at whether Amazon’s crackdown on the use of affiliate links in emails might be responsible, and connected to their own ebook discovery service. No comment to offer on that theory, but ALLi can confirm that far from being a first casualty, Fussy Librarian is alive and emailing. This flurry of stories coincides with this interesting survey from Penguin Random House looking at how readers discover new books (thanks to Roz Morris for the piece). Perhaps what’s most interesting of all is the absence of email lists like BookBub and Fussy Librarian from the options respondents were given. Maybe another sign traditional publishing has some catching up to do! And on the subject of discovery, a fascinating report here from LitBlog, a German conference organised for book bloggers and booktubers, reflecting the growing importance of new media reviewers as trust agents.

Opening Up: A Very Indie Festival and Indie Booksellers Week 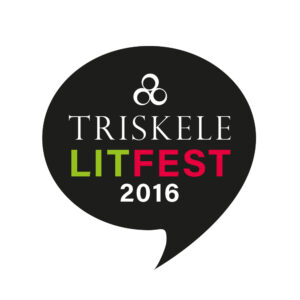 We love to feature festivals that welcome indie authors, but particularly exciting is the first Triskele Literary Festival, organised by the fabulous indie collective Triskele, who have been instrumental in organising the Indie Author Fair pop-up festival. The event will combine indies and traditionally published authors on a completely equal footing, with the focus on what is produced rather than the means of production. With an inclusivity-led programme, it’s one to look out for on September 17th in London. Full details here. This coming week is also Independent Booksellers Week in the UK – if you go here you can find some of the many fabulous events celebrating and supporting our partners in Indieland.

Print and Digital Developments in India

Very interesting news from India. This announcement from Repro India of a deal with Ingram to see their titles available for print on demand is one to watch. Meanwhile, on the ebook front, a project to see Gandhi’s works more widely disseminated has led to the launch of a new ereading tablet, details of which here.

And finally…How the digital world is changing language 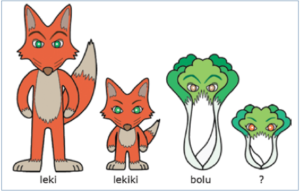 How are new words formed in a digital age? Image from the wordovators site, by Visual Voice

Indies have two great creative advantages for the digital age. We are forced to keep up with technology because we have no one who is going to do it for us. And we have the freedom to ignore convention and strike out in interesting new ways as we see fit. And one of the really interesting things that is happening digitally is the changing of language itself (there are massive global projects, such as Wordovators, devoted to mapping these changes) in its new electronic surroundings, something we have the freedom to pursue so we stay several steps ahead of any mainstream curve. This week has seen this change hit the news in two ways that indies would do well to keep an eye on. First there is Facebook’s assertion (here) that text will all but disappear from our online lives in five years to be replaced by images and video. Then there is this news that the full stop/period is slowly disappearing from use. Alarmist dystopian fantasy or not, it is clear that language is changing, and rather than panicking about having to keep up, maybe as indies we could see this as a great opportunity.