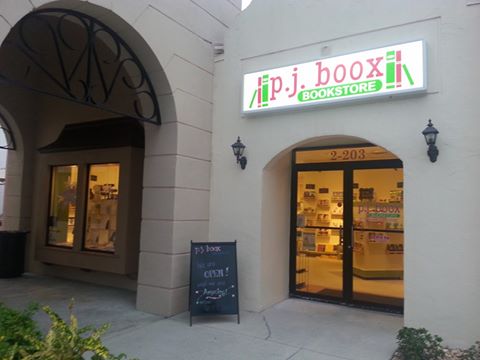 An untrodden path only stretches before you once. Or some other metaphorical way of saying hello, it’s my first time here, and I feel the most remarkable performance anxiety about making too small/too big a splash as I open the door, walk into the room and announce “Dah-lings, I’ve arrived!”

So, what has my first week (well, technically the fortnight since the last round-up) brought self-publishing? For starters, there are various things of particular interest in two areas very close to my heart from the Open Up to Indie Authors campaign – prizes and bookshops!

The International Rubery Book Award is one of the highest profile prizes to accept self-published books. It exists to promote the work of independent presses and indie authors the world over and you have until 31st March to get your entries in (full details here). And self-publishing has been making the headlines with the announcement of the longlist for this year’s Baileys Prize. Becky Chambers’ highly-praised The Long Way to a Small, Angry Planet was originally self-published via a Kickstarter campaign before being picked up by Hodder and Stoughton (full story here – thank you to Jane Turley for the tip).

Still with prizes, The Polari First Book Prize may be limited to writers born or resident in the UK, but it more than earns its place here having been one of the first prizes that openly welcomed self-published titles and having featured many on its shortlists since its inception in 2011. The prize is for the very best debut books that explore the LGBT experience. Entries opened late last month and run until the start of May (full details here). 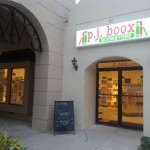 In bookstore news, we finally know where Amazon will be setting up its second bricks and mortar store. They’ve headed for the other end of the West Coast in San Diego. Meanwhile, over in Florida, a fascinating development as P J Boox, has opened up shop. The store will sell only books from small independent presses and self-publisher, and already has a global list of authors represented (find out more here). And while we're on the subject of Amazon, looks like the gremlins have instigated a bit of a panic resulting in an urgent call to Kindle owners to update their software by March 22nd or lose all kinds of functionality (details of what to do here).

…While Nook Goes into Decline

That’s a lot of exciting. But it can’t have escaped anyone’s notice that Barnes and Noble’s Nook has made some big announcements this week. 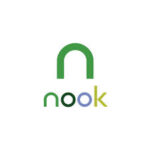 First, we were told in the UK they were handing ebooks over to supermarket giant Sainsbury’s, and then the news that the Nook store will be closing down in phases from March 15 to April 30 (full story here – thanks for the link to Rasana Atreya). 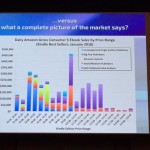 Digital Book World has been taking place in New York this week, and when it comes to self-publishing the silence has been fairly deafening. Author Earnings’ Data Guy proved the exception, and his message on indies was simple and twofold and summed up perfectly in this slide – indies make up a massive hidden segment of the ebook market – and the pricing structure for indie authors looks very different from that of their mainstream-published colleagues (check out this fascinating interview with Data Guy on the Digital Book World website).