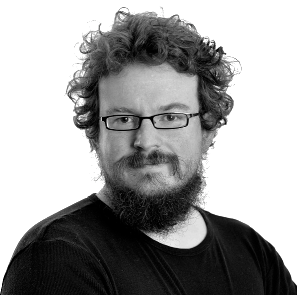 It is a confusing time of year. Here in the UK Facebook feeds have been bursting at the seams with glorious variants on the theme of “Go home April, you're drunk” as blizzards shoe in the, er, summer. Whichever hemisphere you're in, at least you can wrap up warm and know that you are free from sub-editorial hyperbole with the weekly self-publishing news. And in what I promise is an exception, on a somewhat tangential note, 2016 has already marked itself out, to peddle a cliche, as the E-minor of years, but as I write this I am catching up with the first tributes (such as this one) to one of the true greats as the literary world says goodbye to Jenny Diski.

How Much Does Self-publishing Cost?

It's a question everyone who comes here needs to know the answer to. Of course, different people have different needs and wants, but it can still be alarming just how many answers you will get to such a seemingly simple question. Fortunately, multiple innovation award winners Reedsy have produced a fabulous infographic that provides enough information to keep even the hungriest data nerd happy (original post here). I love it so much, I've put the whole thing down the side here. Read it, download it, print it, and paste it on your wall!

It hardly seems as though we've drawn breath since London Book Fair, and Book Expo America is almost upon us. ALLi will be running another fabulous Indie Author Fringe to crown things off on May 14th. Do check here for the full details.

It seems as though something's always rumbling in Indie-land and this week it feels like a good glass of antacid is needed all round. Cambria Herbert's impassioned (and, it has to be said, rather long – read it all here) open letter to Barnes and Noble has been spreading internet-wide. Its basic premise is simple – why aren't we seeing more self-published books on your shelves? Daniel Berkowitz picks over the bones and stokes the fire a little more on Digital Book World (here). Meanwhile, it seems recent controversies are far from over. Amazon has responded in somewhat vague fashion to the Kindle Unlimited scamming problem (in a piece on the Observer here). As so often, a sense of perspective is brought by John Scalzi in this post. Authors have expressed further concern in relation to Amazon over the number of books appearing that bear a striking resemblance to their own titles. It was the hot topic in this week's ALLi podcast (from 26 minutes here), and there is a very interesting account of the high profile case of Ellis O'Hanlon here. There is a sense that whilst Amazon may not be one hundred percent proactive, they are at least being quick to react (if you have any concerns then the dedicated email [email protected] is available). Where Amazon remain consistently active (as here) is in pursuing the purveyors of fake reviews. Let's hope this continued interest leads to its sledgehammer increasingly resembling a nutcracker.

A very interesting development is the launch of Amazon Marketing Services, which will allow to buy from an a la carte of some of Amazon's marketing tools previously available only to the trade. Details here.

Barnes and Noble may be ambivalent, but great news for writers based in Ireland is that the Carousel Aware Prize has opened its doors to welcome self-published titles in all its categories. Full details here. Another interesting competition is The Literary Consultancy's Pen Factor. To enter you need to attend their London-based workshop on June 11th but if you are in the area there are some prizes well worth winning (details here)

Good news from Kobo (full story here) is that it will be opening for business in Turkey.

In very interesting and breaking news, Frankfurt Book Fair has just become majority shareholder in IPR License, the global rights and license trading platform that has worked closely with ALLi. You can read the full press release here, but long-time indie champion Tom Chalmers, the force behind IPR, had this to say to ALLi: “When I launched IPR License in 2012, the opportunity for authors, and in particular self-published authors, in licensing their work soon became very clear. While many now understand selling print and digital copies globally, I believe the next milestone to be passed is a universal understanding of how authors can license their work directly to rights buyers around the world, opening up a significant revenue stream as well as global profile. I have greatly enjoyed speaking with many dynamic and enterprising authors at IPR License and, as Frankfurt Fair now takes on the next stage of IPR's growth, I hope authors will continue to play an increasingly key role in rights licensing.”