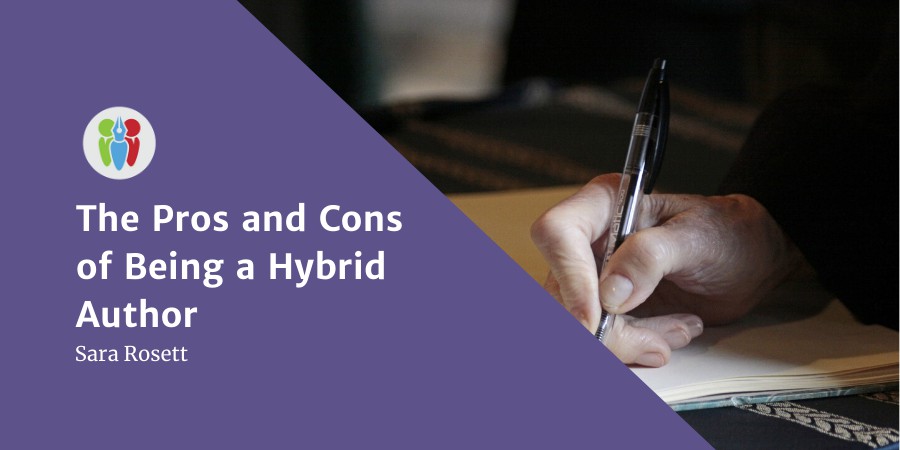 The Pros and Cons of Being a Hybrid Author

There are ten key business models that are working for writers right now. Being a hybrid author (both traditionally and self-published) is just one of them. Authorpreneur member Sara Rosett discusses the pros and cons of being hybrid.

A hybrid author is a writer with one foot in the indie publishing world as well as one in the traditional publishing world. It’s a status many indie authors aspire to, feeling that they’ll have the best of both worlds, but will they? Each author has to answer that question for themselves so let’s breakdown the pros and cons of being a hybrid author. 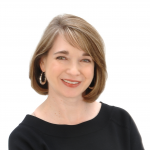 I was first published by a traditional publisher, Kensington Books, in 2006. I licensed ten books to Kensington over the next eleven years. During the last six of those years, I was also publishing my novels independently. Based on my own experience, here are my takeaways on the pros and cons of being a hybrid author.

Pros of Being Hybrid

A traditional publisher handles all aspects of book production, usually including a developmental edit and a copyedit, which can be expensive.

Publishers distribute Advance Review Copies to industry review outlets like Library Journal, Publishers Weekly, and Kirkus. A review in one of those publications can translate into more orders from libraries and bookstores.

This aspect is probably the biggest plus for indie authors. Traditional publishers have the ability to get your books into bookstores, something that’s much more difficult for indie authors to do on a large scale, which means you might reach new readers.

Some people still consider being traditionally published as more prestigious than being indie published.

You're also eligible for membership in professional writer organizations and have the ability to participate in conference panels.

Cons of Being Hybrid

The publishing house has final say on all aspects of the book from the cover design to decisions on style and grammar.

It’s wonderful to see your book on the shelf in bookstores. It was a dream come true for me. However, one thing I didn’t realize was that my book was in bookstores during the month the book was released. After that month, the extra books were shipped back to make room for the next wave of books being released. Also, bookstores may only carry your books in certain stores. My books tended to be distributed to suburban bookstores because the stores felt that’s where my readers were.

Must juggle your indie projects with traditional projects

While the traditional publisher does handle the production process of your book, they’ll still want your input throughout the publishing process. After you turn the book in, you’ll continue to have deadlines: an editorial letter from your editor, copyedits, and page proofs, not to mention the publicity tasks.

Little or no support with publicity

If you’re a mid-list author your publisher will help with publicizing the book, but your publisher expects you to contribute to (and sometimes carry) the publicity for the new release. Look to see what sort of publicity the publisher currently does for their mid-list authors to find out what you can generally expect. Unless you’re a big name, be prepared to pay for some promotion, such as advertising, as well as travel if you go to conferences or visit bookstores.

Difficult to track results of advertising

Without real-time access to sales figures, it’s hard to know if your promotional tactics are working, but some publishers now have dashboards where authors can check sales.

Potential Cons of Being Hybrid

If you want to continue to publishing independently, make sure you have the ability to publish when you want and in the genres you prefer.

Out of print clause

It’s becoming more difficult for authors to get their rights back. Before digital books, publishers had to print and warehouse physical books. After a few years it didn’t make financial sense for them to warehouse books that weren’t selling, so they’d reduce their stock. Once the number of books fell below a certain level (for instance 100 books) and the books weren’t available in physical bookstores, a title was considered to be “out of print.” Authors could get the rights back to their work at that point. Today with digital books, “out of print” clauses include ebook sales. Publishers have learned the value of their backlist titles. They often run sales on titles that are close to falling into the “out of print” category, thus boosting sales and keeping the title “in print.” So be aware that you may be essentially giving your copyright to a publisher when you agree to license your work to a traditional publisher.

All rights may not be exploited

A publisher will most likely want all rights (world print and ebook rights as well as other rights like audio) but they may not exploit all those rights. For instance, even if they have audiobook rights, they may decide it’s not cost-effective to produce an audiobook.

As for me, after licensing the rights to 10 books to a traditional publisher, I decided I liked the creative control and the freedom of indie publishing, not to mention the higher royalties and the ability to control my intellectual property. The chance of me getting the rights back to my traditionally published series is slim, so I’ve focused on creating new intellectual property—two cozy mystery series and one historical mystery series. I have final say on covers, formatting, pricing, discounting, as well as formats. I’ve brought out two of the series in audio and also licensed the rights to one of my indie series to a traditional audiobook publisher. I love the flexibility being all-in indie, but a hybrid or all-traditionally published model may be a better fit for other authors.

Are you hybrid? Would you consider trying to be hybrid? What do you think are the biggest pros and cons?

What is Hybrid Publishing and Should I Consider It? More Questions Answered; AskALLi Member's Q&A with Orna Ross and Michael La Ronn; News with Daniel Holloway

She is the author of the High Society Lady Detective historical mystery series as well as three contemporary cozy series: the Murder on Location series, the On the Run series, and the Ellie Avery series. Sara also teaches an online course, How to Outline A Cozy Mystery, and is the author of the nonfiction book, How to Write a Series.

Publishers Weekly called Sara's books “enchanting,” “well-executed,” and “sparkling.” Sara loves to get new stamps in her passport and considers dark chocolate a daily requirement. Find out more at SaraRosett.com.