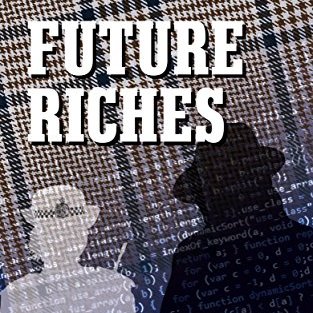 Every Sunday we celebrate our members' success stories

Every Sunday here on the ALLi blog we feature self-publishing success stories, often of best-selling indie authors who are leaders in their field. But success is relative, and there are many stages of success along the way to superstardom, and we want to celebrate those too. So today we are pleased to share a post we recently received from British crime writer Barry Faulkner about how joining ALLi last year has set his self-publishing career on a distinctly upward trajectory.

What a difference ALLi makes.

I’ve been asked whether being a member of ALLi has helped my writing.

YES,YES, YES is the short answer, but let me explain.

Like most independent writers, I was grabbing time to write when I could between working, gardening, taking the dogs out, keeping six kids and fourteen grandkids happy and adjudicating on family arguments and doing the wife’s orders. So I wasn’t too keen on starting to write at the end of a long day, but somehow I managed to get six books out and was doing OK with sales on Amazon. 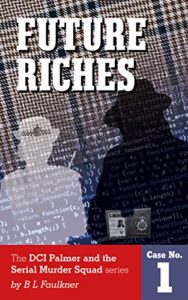 We hope the title of Barry's debut novel suggests what the future has in store for him!

And that was it. I knew nothing about editing, advertising, promoting and selling. Yes, I got the usual vanity publishers telling me how wonderful I was and sign up with them and the millions would roll in. Safe to say with my family background (see my Amazon author page) I wasn’t fooled.

An American couple did take me for a ride, but nothing financially disastrous, although when I sussed them out for the con artists they are, they replied by giving all my books one-star nasty reviews. Although sympathetic, Amazon would not delete them, and I had to take the books down, re-title and re-cover them, which lost me 65 good reviews and I started again.

Determined to Press On

So I was pretty fed up with it all, although writing has always been my job – so I took the hit and carried on, determined to get back to where I was, despite others telling me it was all just a rotten industry, and if I hadn’t an agent to get a publisher for me to forget it.

Then, up pops an email telling me about a writers' group not a million miles away from me.

I gave it a try, thinking I’d be sat in the corner as all these high flying authors that were sure to be there would be in a class well above me. Well, they were, and are, BUT they were amazing, they gave out their advice based on their experiences and pointed me and other newbies in the right direction, and that direction seemed to be the ALLi website on many occasions.

So I started to use the ALLi blog a lot. Any question I asked was answered, or I was referred to a page on the site which had the answer.

The writers at these monthly meetings are a cross-section of authors of many genres, poets, short story writers and some who are just about to start their first foray into our world.

Some are ALLi members, some are not, but the information I was getting from the members on formatting, editing, Amazon advertising, and everything else I knew nothing about was invigorating and renewing my resolve to outsell Clancy and Patterson! Well, why not set your sights high? 😉

I was being referred to the ALLi pages so often that it was obvious this was the well of information that every indie author should be supping from, so I did.

I joined ALLi, and I have to say that it was the best thing I have done:

But I thank you so much. ALLi has renewed my enthusiasm and output tremendously.

So if you are feeling alone in this writer’s world, don’t know what a bleed, structural edit or embedded font is, come on in! Somebody in ALLI is waiting with the answer for you. I wish I’d known about it years ago.

OVER TO YOU If you've got a similar success story to share about how joining ALLi has helped you advance your indie author career, we'd love to hear about it! And if you haven't joined yet, find out more about the 21 benefits of ALLi membership here.

#Indieauthors - here's a single, simple step you can take to boost your #selfpub career: join #ALLi! This personal testimony by crimewriter Barry Faulkner explains why. Click To Tweet

B L Faulkner's early writing career was as a copywriter with the London advertising agency Erwin Wasey Ruthrauff & Ryan, during which time he got lucky with some light entertainment scripts sent to the BBC and Independent Television and became a script editor and writer on a freelance basis, working on most of the LE shows of the 1980-90s. During that period, while living out of a suitcase in UK hotels for a lot of the time, he filled many notebooks with DCS Palmer case plots; and in 2015 he finally found time to start putting them in order and into book form. Six are finished and published so far, with more to come.