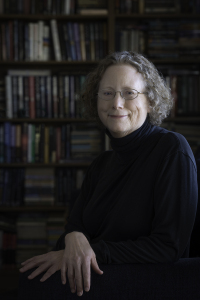 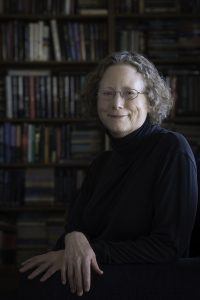 In our occasional series on how ALLi members have achieved success, here's an inspirational interview with US novelist M. Louisa Locke, author of the successful Victorian San Francisco Mysteries. 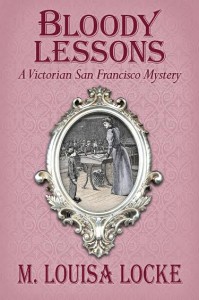 First, my Victorian San Francisco Mystery books have a wide, cross-genre appeal (and are part of a series, which also helps). Second, I discovered early on the importance of getting my books into the right categories so that they would be visible to browsers, which is particularly important when your books have a cross-genre appeal.

For example, the books in this Victorian San Francisco mystery series are works of straight historical fiction that explore the world of 19th century working women. However, they are also historical mysteries that fit into the cozy mystery category because they feature a small group of characters (in a boarding house) and do not have explicit sex or violence (and do have a dog as an important minor character.) In addition, the chief series protagonist is an amateur female sleuth, which puts the work into two other sub-categories in the mystery category. And, because there is a romantic arc for my two main protagonists, the books fall into the historical romance category as well. As you might imagine, this expands the potential market for these works…but only if readers can discover them. That brings me to my second reason for success––my use of categories (and keywords).

I didn’t set out to check all those genre and sub-genre boxes. I simply wrote what I wanted to write. But when I published the first book at the end of 2009, I discovered by accident how important it was for me to get the book into the right categories. When I uploaded Maids of Misfortune to KDP (which at that time gave you 5 categories), I put it in the historical mystery category (among other options).  But I soon discovered that the book wasn’t showing up in this list.

This prompted me to investigate all the categories to see if my book was properly where I had asked it to be. What I discovered was that 1) the categories you had to chose from when uploading were not identical to the browsing categories in the Kindle or general book store, 2) many books by authors, including traditional authors, were only listed in the large main categories (like Mystery or Romance) and were therefore virtually invisible to the casual reader and 3) you could ask KDP to manually put your book in the correct categories and sub-categories.

And when I got Maids of Misfortune put into the historical mystery category, where it was now competing with fewer than 100 other books, it zoomed to the top of the best-seller list where it remained for the next year.

The best thing I did was to let go of my decades-long goal of getting my manuscript traditionally published and take the self-publishing route instead.

I wrote the first draft of Maids of Misfortune in 1989, and over the next twenty years I experienced the familiar ups and mostly downs of trying the traditional route to publication. I got an agents who couldn’t sell it and a contract with a small press that immediately went defunct. Then in 2009, looking towards retirement from my teaching job, I decided to give publishing one more try…but this time as an independent author. So I studied the few how-to books on formatting that existed at that time, paid $150 for a professional cover, and self-published on KDP and CreateSpace.

I can now say that was the best decision I ever made, because I am quite sure I would not have made as much money or had as much fun if I had gone the traditional route.

Instead, once one book is published, I spend a good amount of time doing research on the next book. As a professional historian, doing this research is fun….not work. This research period (which can last for months) gradually leads me to the plot and character development for the next book. Then I will begin to get antsy to start writing and get the story down. From that point on, I just try to write as much as I can every day. The further along in the story, the more impatient I am to get to the end and to see if my beta readers enjoy the story as much as I have enjoyed writing it. And once the final draft is edited, I just love that I can get it to the readers within 24 hours. Then I start all over again.

It depends on where I am in the life cycle of a book. For example, I just published Pilfered Promises, the fifth book in my Victorian San Francisco Mystery series. This means a good deal of my day is spent on marketing related activities (like writing this blog.) In a few weeks this activity will begin to slow and I will start to work on the research phase of the next book.

During this research period I will be more active on my Facebook page by linking to some of the interesting things I am learning in my research.  I will also indulge in recreational reading to balance the non-fiction reading I am doing for that research.

Once I start writing, pretty much everything else gets pushed down to last place—although I will start to do updates on my Facebook page because the fans’ encouragement helps keep my butt in the chair.  Then, while the book is out being beta read and during the editing phase, I indulge in recreational reading again and begin to think about ratcheting up the marketing activity.

The next project is to write Under Two Moons, the sequel to Between Mountain and Sea, which is the first book I wrote as part of the Paradisi Chronicles, the open-source science fiction world I helped create nearly two years ago. As a founder of this project, I worked with several other independent authors to invent New Eden and the Paradisi solar system, write a back story about why people from a dying Earth came to this planet, what they encountered when they got there, and what happened in the first 200 years of settlement.

Subsequently there have been eight works set in this world, and next month, Samuel Peralta is publishing Chronicle Worlds: Paradisi, an anthology of twelve short stories, as part of the Future Chronicles. And several other stories and novellas are in the works, including The Stars Are Red Tonight, a novella I have co-written with my daughter, Ashley Angelly.

What’s the highlight of being an author-publisher for you?

Decades ago, when I did my dissertation research into women who worked in the late nineteenth century far west, I had the dream that I could introduce these remarkable women to the general public. So I think the highlight of my career as an author-publisher came when I realized that, with over three-quarters of a million sales and downloads of my Victorian San Francisco mysteries, I had achieved my dream on a level I would have never have thought possible.

Be willing to experiment. My willingness to experiment meant I was an early adopter of marketing tools as they were rolled out (often benefiting from that early adoption when there wasn’t as much competition.)

Be persistent. When one strategy doesn’t work or stops working, I don’t throw up my hands, saying it’s hopeless. Instead, I try something else, including writing a new book or starting a new series.

Be grateful. There are so many ways that people can be entertained or informed these days, that whether I make money or not, when a reader opens one of my books and reads it and cares enough to review it…even if negatively…I am grateful that my voice was heard.

Be joyful. This is the best time to be a writer, ever. Whether writing is our hobby, a second job, or the way we make our living, we no longer have to worry that our words will stay locked away in a drawer or on a computer hard drive. There is no guarantee that lots of people will read those words or like them when they are read. But we cannot be silenced and our stories no longer have expiration dates in this new world of self-publishing.