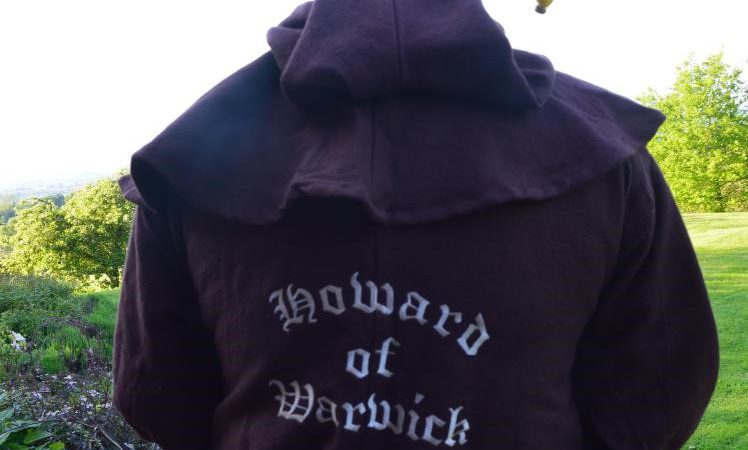 When we asked successful indie author Howard Matthews to share with ALLi the secrets of his self-publishing success, we didn't realize what we were letting ourselves in for! Read on for a one-of-a-kind self-portrait of this highly entertaining and resourceful British novelist, author of the Howard of Warwick series of humorous historical novels.

But First, Some Pics…

Is Howard of Warwick the alter ego of Howard Matthews or is it vice versa? 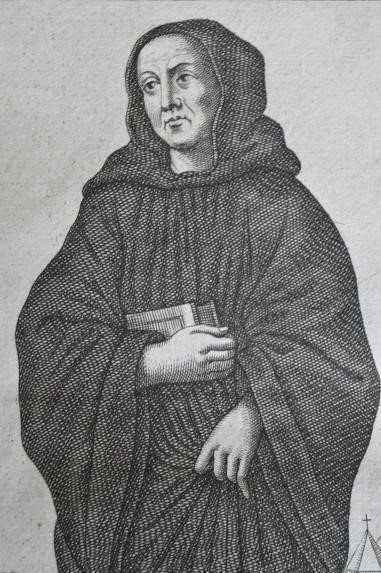 The official photo of the camera shy author.

And at his place of work. 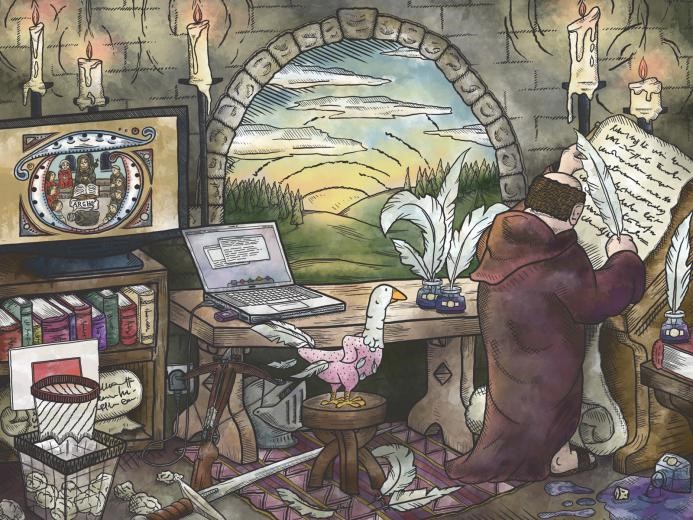 Along with some imposter claiming to be his “agent”! 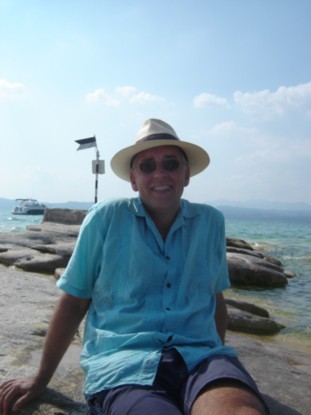 Having invented my own genre I can legitimately claim to be the world’s best selling author of medieval crime comedy – so far. And from very small and ill-informed beginnings I’ve now got 11 titles, 60,000 sales, 1,000 reviews, followers around the world and have given up the day job! How did this happen? Get comfortable, this could take a while…. 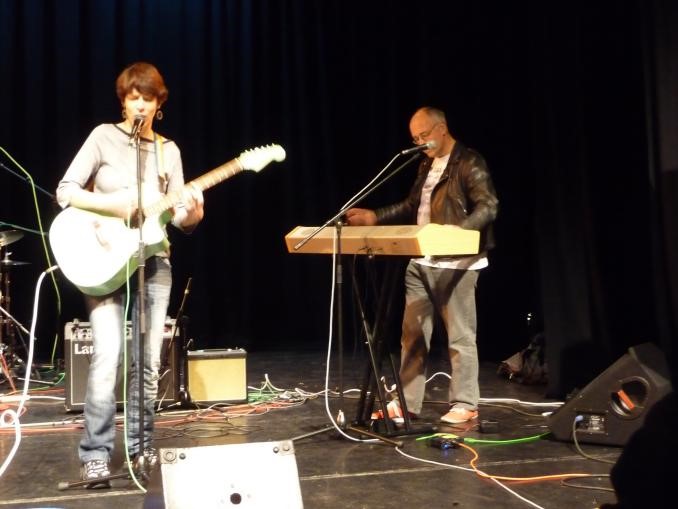 A writer and a musician? Or is that neither? 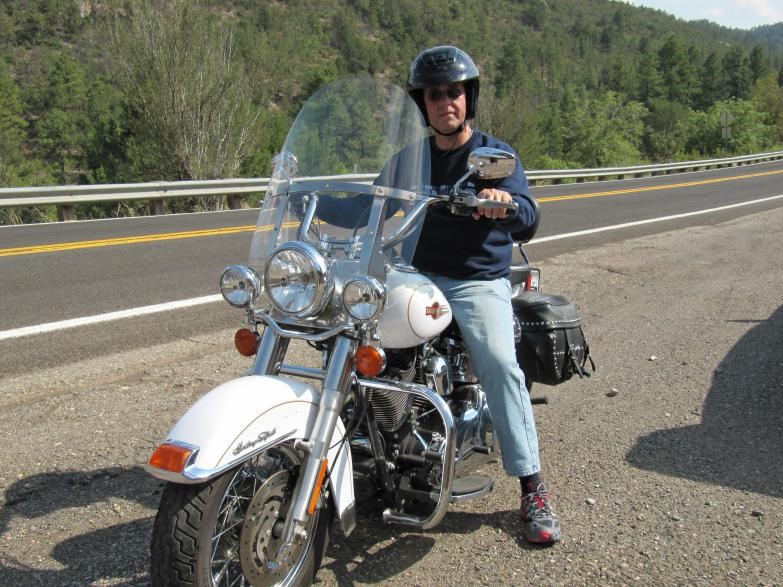 Always useful for a quick get away from the signing session gone horribly wrong. 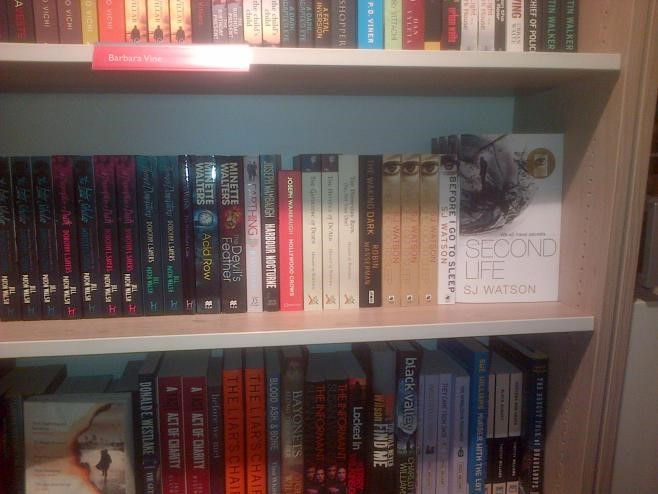 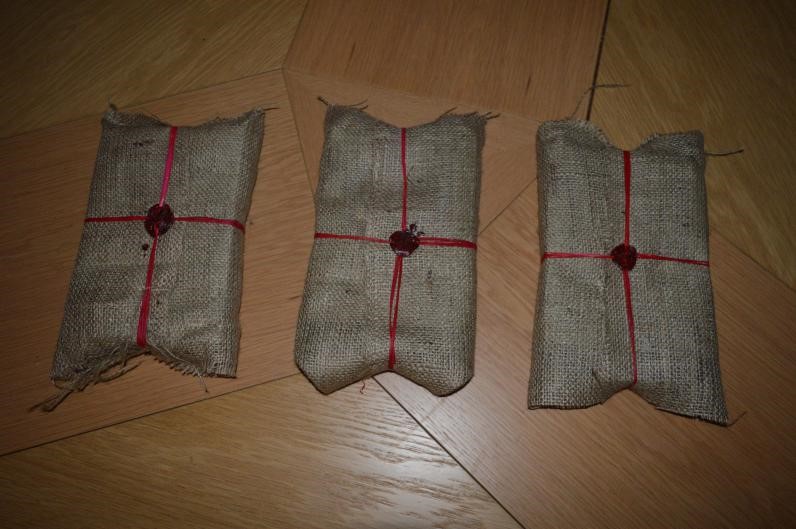 Flagrant book marketing gimmick! (But it got me on local radio…) 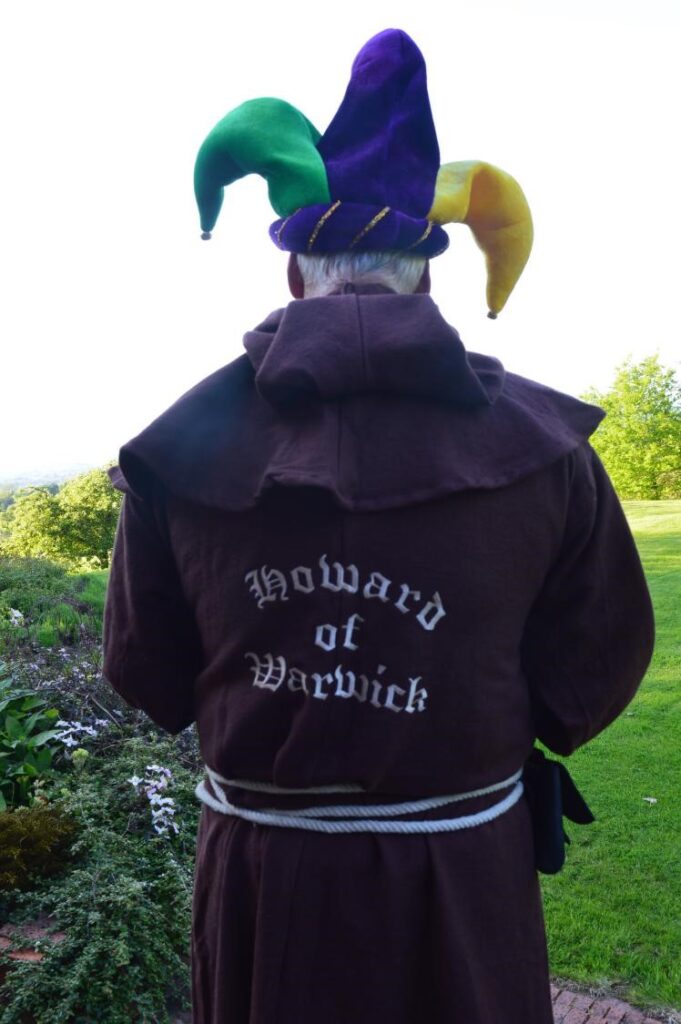 A rare appearance of the man in the flesh – as it were.

The Low-Down on my Writing Career

From the earliest age I was interested in writing, but only remembered that very recently. Even in my early school years, I teamed up with a classmate who could draw incredibly, and we sent cartoons  to comics – my first rejections, bless!

At senior school in Lincoln, I had a great English teacher, Roger Newby, who would discuss the previous night’s Monty Python as the first priority for the lesson. But all I wanted to do from about ten years old was go to sea. I even qualified as a Marine Radio and Radar Officer, and subsequently never set foot on a boat. Merchant Shipping chose that year to have its own “banking crisis”, and I ended up in the BBC. Not so bad, you might say, and very handy for a writer. Not if you’re a transmitter engineer, it isn’t.

But I did submit material to the shows that would take it, as anyone could, and the first credit was for Week Ending – remember that, and you are old.

Further sketches and gags on Comic Relief, as well as unsuccessful submissions to the shows of the time: Alas, Smith and Jones, Hale and Pace, led to me winning a Writers’ Guild prize for Drama Series. The prize was a session at the BFI on how to write for East Enders and the like – and all I wanted to write was comedy!

I volunteered to read unsolicited manuscripts for the Television Comedy Development Department, which was useful insight into what producers and commissioners are looking for just in terms of fully prepared and properly presented material – of which more in a moment.

I did manage to complete the first novel. 85,000 words of fantasy comedy called Prince Fustian Rides for the First Time. All very down to earth with the elves running a pulp paper mill and the heroine stacking shelves in Tesco. I must dust it off for a re-write. Some chap called Terry Pratchett wrote a few books around this time, so I wasn’t very original any more. Still, it added nicely to my collection of rejections.

A first-time author who was published around this time provided some inspiration that all I had to do was write a bestseller and the fortune would be mine. She was called JK Rowling and has had some success, I believe.

I carefully calculated that medieval crime comedy had never been done (perhaps for good reason), and so there was a gap in the market. (I should have gone for boy wizard.) Publishers did not share my insight, and so more rejections. Jobs changed through the NHS, the Criminal Justice System, The Ministry of Justice and the GMC,but all the time developing Brother Hermitage, the most medieval detective, and putting him through the wringer in his first mystery: The Heretics of De’Ath.

I also put it up on Authonomy, the Harper Collins writers’ forum, now closed, and did get some helpful feedback from writers on content and layout.

And Now the Bizarre Bit…

I gathered a nice stack of rejections for The Heretics of De’Ath and leapt to the natural next step that every inspired and self-motivated writer dreams of taking. I gave up.

I’d written a book, and not many people have done that. It got rejected, including by publishers of medieval crime, so perhaps it was not to be. Maybe I’ll write another one one day, I thought.

But there was this thing called a Kindle and they were becoming all the rage.

It even looked like anyone could put their book up there for free, and people would buy it. How great was that?

Out went The Heretics of De’Ath, poor cover, not edited, typos galore, but it was done. That was November 2010 and I watched progress avidly.

One year later and I had actually sold copies. Seven of them, to be precise.

It was the “give up” moment once more. Never mind. There are seven people out there reading my nonsense. That’s something.

I left everything alone and got on with the world.

In January 2012 I was changing computer, and I thought I’d better clear out internet bookmarks. Oh, there’s the book. Ha. Maybe it’s sold eight copies now. Might as well check. Click, click. This can’t be right. Must be another book. Double-check. No, seems to be mine. 1,000 copies in a month? Top ten in mystery and detective? Kindle Top Fifty? What the hell has happened?

I even got back onto the publishers to report my success and get them on board to capitalise. Guess what? Rejection. But talk about inspiration to write another book…

The Garderobe of Death came next, then The Tapestry of Death, then Hermitage, Wat and Some Murder or Other and so on and so on.

And enough of the people who liked the first one bought the rest. And now there are eleven, with the next due around October 2017.

Having had success with the ebooks, on Kindle only at that time, I wanted to be in print. Who doesn’t want a real, live paperback on a book shelf with their name on it? Well, their pen name.

But I wanted my paperback to match the best in the industry.

There was a lot of self-publishing at the time, and there still is, that produces what I can only describe as a poor product. There, I’ve said it. They still sell, and they seem to have remarkable audiences on Amazon and elsewhere, but they don’t look the part. Like my first attempt. Too big, too shiny, too many errors. I met one self-published author at a show who had a typo on his cover!

To the London Book Fair 2014 to see how this publishing nonsense works. Just by asking questions, I found Gillian Hawkins, Hawkins Publishing Services, who said she liked the idea. She worked with Combined Book Services, and so suddenly I had marketing and distribution. All I needed was an actual book.

More research and I knew I wanted a litho print, matt cover, B format paperback – I even speak the lingo now. If titles were going to be on the shelf in Foyles, which they are, I needed a proper publishing company. and so The Funny Book Company was born. Motto: Funny Books, Funny Company.

I found a printer at the show at the right price, as well as contacts for an editor and cover designer. Through the Independent Publishers’ Guild, I made contact with Dick Wynne at Lodestar Books, who does fantastic typesetting and the books rolled from the press.

Four titles in paperback now, and to be honest, they’re not paying the bills, ebooks are.

I have sold 600 paper copies, but I’ve got 800 left and I think my failing is publicity. It costs money, you don’t know what works, but, without it, no one knows you’ve got a book at all. Now that I am at this full time, I have got to up the publicity. Difficult when all I really want to do is sit at my nice desk, look out at the garden and make up jokes about monks.

But none of this has “cost me a penny”, everything has been paid for by ebook sales.

And so, after all that rambling, what was the question? Oh yes.

Getting great reviews from people I’ve never met who love what I write. The enthusiasm and appreciation is fantastic, and even if there were no sales, just to have one person say that they find you ‘hilarious’, or whatever your preferred description is, is fantastic.

And I have a marvellous approach to reviews. With completely differing opinions someone has to be right and someone wrong. The 5* are right, the 1* are wrong!

What's the single best decision you ever made?

Getting professional cover design (Double Dagger). The books look the part. Everyone judges a book by its cover, and mine were pretty poor. The basic idea of the cover is mine, but they’re designed gracefully and to industry standards.

Finding I’d sold a thousand copies in a month without even knowing I’d done it. No publicity, no marketing, not even owning up to being a writer.

What's your greatest challenge as an indie author, and how do you deal with it?

Being taken seriously – even though I write comedy.

“Oh you’re a writer are you? Never mind.”

I do find that when I can drop the number of sixty thousand sales into a conversation, people take notice. It’s a shame and shouldn’t work that way. I met one publisher socially whose first reply was “Oh God, don’t tell me you’re a writer.” She really loved her job. I was even about to pay the fee and enter the Wodehouse prize for humour, when I was told that it wasn’t for self-published authors. Obviously a prize for Funny Publishers then.

Not usually a problem. I actually start from the title of a book and then work out the content from there. And I’m getting better at planning.

I have found a nice mix of plan and seat of pants that keeps me interested in what’s going to happen next.

How do you remain remain productive/motivated?

Routine. When I was working, I had to stay away from home at least one night a week, and rather than go out, talk to people or even say hello, I would stay in my room and write. I had a long commute for five years and wrote for two hours every day. Now, I write and am a publisher every morning.

What's your favourite thing about being an author–publisher?

Get professionals on board as soon as you can afford it.

Cover designers, editors, printers, typesetters. They aren’t that expensive and are totally worth it.

More titles from Howard of Warwick. The next paperback will be out in February 2018, with active marketing and promotion well in advance.

Then I’ve got other things I want to write that will not be by Howard of Warwick. That'll be a new challenge, but I might know what I’m doing now.

And if all that stuff about the BBC and sketch shows and Television Comedy sounds like an unfair advantage, remember the old saying: your unfair advantage starts today. (Which is neither old nor a saying.)

Howard Matthews is the author of the bestselling comedy historical novel series published under the pen name Howard of Warwick. For more information, visit his website: www.howardofwarwick.com.