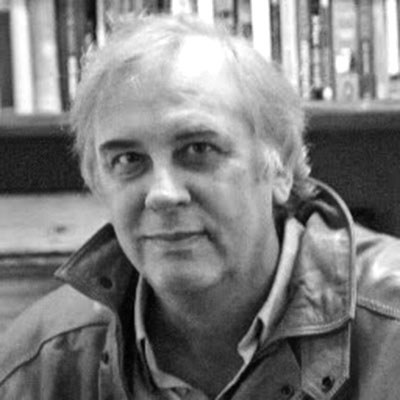 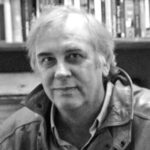 Professional ALLi member Keith Dixon is a British indie author living and working in France, where he writes thrillers and other contemporary novels.

A familiar face on our closed Facebook forum – one of 21 benefits available exclusively to ALLi members – as the voice of experience and wry wisdom, he's in the spotlight on our blog today to share more top tips and best practice, drawing on his impressive track record.

Two things: I’ve worked hard to understand what I want to write, and I’ve tried to learn from the best.

When I started writing seriously in my early 20s, I wrote in a variety of different genres because I was interested in different things: science fiction, thrillers, literary works. When I came back to writing in my forties I thought long and hard about what kind of books I wanted to produce, based on the kind of things I read. 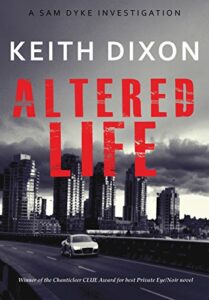 At that time I was reading lots of American crime fiction, having been reintroduced to it by a friend who used to return from trips to the States with a suitcase bulging with novels, and I realised that it would be fun, and a challenge, to write those kinds of books in a UK setting. I soon found mentors in Elmore Leonard and Ross Macdonald, and then Robert Crais, Robert B Parker and James Lee Burke, and have studied their books obsessively to see how they got their effects.

Someone told me that if I wanted to be a writer I must start to think of myself as one. I’d been holding on to a day job as a business psychologist, but that was gradually going south because of the 2008 banking crisis. So I decided I was now a writer and that was my day job. That was nearly four years ago and I’ve produced ten novels in that time.

If I go for two weeks without writing, or thinking about writing, I start getting itchy fingers. I need to start writing something, and I mean something creative, not an email. And what I’ve found is that these days I need to plan.

In my earlier writing, I’d have a beginning, middle and end in mind and just start. Now I find that takes me too long to finish. So I spend a long time planning, thinking things through, working on character and plot surprises.

This might sound like a drag, but for me it is one of the most creative parts of the whole process. It means that when I start a scene, I know exactly where it’s going. Or so I’d like to think. Because what happens when the characters start talking and interacting is that things develop even further, not necessarily in ways that derail the plot, but actually in ways that deepen it because of more revelations or surprises. So once I’m well into a scene, I start getting even more creative than I thought I was when I started!

Badly. I need the internet for research, but having it on tap while I’m writing means it’s too easy for me to just check a status update on Facebook, or email, etc.

When it comes to actually writing, I use Scrivener’s Project Target feature:

Some books are easier to write at 4000 words a day than others, I’ve found, but I need something to aim for initially.

Two areas – writing more books, and getting a higher profile. 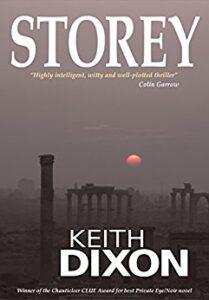 My last book, Storey, was the first in a new crime series and I’m now well into the planning of the next, One Punch. I should start writing that around Christmas. (Great timing, Keith.)

I would also like to keep the Sam Dyke Investigations series going, maybe alternating them with the Storey series, provided I can come up with the ideas.

As for the higher profile, I’ve recently had a featured interview in The Big Thrill magazine, and I’m being interviewed for a podcast in the US on this very day (Sunday). Additionally my mailing list is picking up through some promotional work I’ve been doing, so an audience is growing.

What’s the highlight of being an author-publisher for you?

Being able to publish when I want and where I want.

There was a year between my last book and the one before that, because of house moves and so forth, but in the previous year I’d published four. So I’m in control of my timetable, and the kind of books I want to write – I’ve written a literary novel and a romance as well as crime novels – without being yoked by contract into writing so many books per year in a particular genre.

Also, I’ve got to know some of my readers, perhaps not as many as I’d like, and it’s good to have that direct contact with them.

These are writing tips more than publishing tips, gleaned from my time as a proofreader and editor. 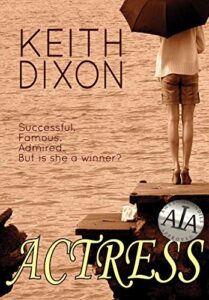 This is a literary novel rather than a thriller

For me, a big step forward was learning about structure – what a reader’s expectations are. Yes, there’s a Beginning, Middle and End, but there are nuances within those that people from Aristotle onwards have defined. You need to think about how you’re building in suspense and interest, the little tensions that make a reader want to read on to discover what happens next.

The best stories aren’t told by accident – they’ve been deliberately put together to have an effect.

Also, really consider the beginning of your book. Try to get into a scene as quickly as possible. Avoid long descriptions of characters’ history, thoughts, experience, reactions. Show them to us through their interactions with other people. You don’t need to set anything up for us – we’ll catch up.

Just show us the characters and get out of the way.

And please don’t have them looking in a mirror to describe to themselves, and to us, what they look like!

Work on making your dialogue sharp and full of conflict. That doesn’t mean people arguing all the time. It might mean a character ignoring what someone else has just said, or asking a question in answer to a question. Or avoiding answering a question. Dialogue seems easy to write but good dialogue takes work.