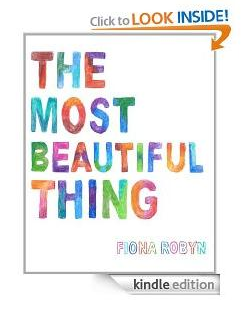 This article is the first in an ongoing series called ‘Becoming An Indie Author: How I Did It'.  ALLi members are invited to submit their own success stories as a contribution to the series. 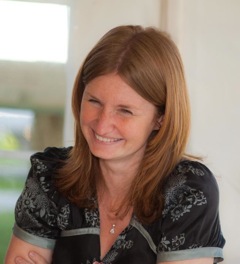 I’ve been writing for ten years now. My first three novels were published by a small publisher, and one was on promotion in a major book chain.

But my latest self-published novel, The Most Beautiful Thing, has already made me more money than all three novels put together — many times over.

This is the story of how I did it…

But before I start, a disclaimer. As a writer I’ve always been fascinated by this kind of ‘how I did it’ story. Especially before I was published, I scanned them for the secret nugget of information that would transform my life and make me famous.

Having said that, others who have gone before can light the path a little. I hope something you read here might shine a little illumination on your important journey.

This involves making sure that your ‘product’ (your baby!) is as perfect as it can be, inside and out. Once you’ve written as many drafts as you can bear to write, and put in and taken out commas several times, you may need to hire a professional proof–reader. You might also want a professional cover–designer – bear in mind that people buying on Amazon will see your cover in miniature, so it needs to work at a small size. Try to make the book blurb as compelling as you can, and include quotes from reviews, if you have them.

Something I’ve learnt over the years is that whilst people very close to us will put themselves out for us to a considerable extent, this effect wears off very quickly as you move through to more distant friends and acquaintances. Once you’re dealing with strangers it’s almost completely pointless to ask them to do something to help you out unless there’s something in it for them. My first question was, ‘What will people do willingly to help me spread the word?’

People (me included) love talking about themselves. And so I arranged a ‘blogsplash’, where people would write about their own Most Beautiful Thing on the day of the launch. I decided to make the book free on Kindle for this day – this was the first time I’d used KDP and so it was an experiment and more than a few friends thought I was mad to give away the results of years of effort.

To prepare for this big day, on March 18th this year, I individually emailed pretty much everyone I had in my email contact list, letting them know about the project and asking them to email their own friends with details of my free book offer. I also spread the word with an event on Facebook (collecting emails as I went), tweeted and blogged like mad.

I really did ask my network for a lot of help with this, and I wouldn’t do so again for at least another six months. I was very grateful to everyone who helped and told them so. Don’t underestimate the importance of the kindness of others in your own success!

On launch day many of these people blogged their own Most Beautiful Thing, most of them with a link to my book. Some of the people reading those blogs (or responding to my emails or tweets etc.) downloaded my book. This gave my book enough of a ‘boost’ to get it up in the free charts, and then Amazon’s own advertising machine took over.

Kindle bestseller The Most Beautiful Thing

Over the next couple of days, twenty thousand people in the UK and the US downloaded the book. I was #1 in the free literary fiction chart in the UK.

Of course, when it came off KDP Select promotion it plummeted, but by then I was lucky enough to have a dozen good unsolicited five star reviews, mostly

written by people I’d previously had some contact with. These reviews continued to come in. When people mentioned to me that they’d read it and enjoyed it, I always asked them if they’d be willing to post something up on Amazon.

My book fell out of the top one hundred a couple of months later, but then it started rising again and it’s been a jagged but slow rise since then. As of today (October 2012) it’s hovering around the twenties in the Kindle literary fiction chart.

So – that’s my story. What made the difference between my modest success and the hundreds of good books that enter the market every week and sink without a trace? Is it that mine is better written? I don’t think that can explain it. Maybe the cover appeals to people. Maybe the reviews have made the difference. Maybe the initial boost was just enough to get it rolling down the hill on its own, like a big ball of snow.

A mysterious mixture of hard work and grace, like all other success I’ve experienced in life.

What I haven’t said yet is perhaps the most important thing. I wrote this book because the book asked to be written, not because I wanted to make lots of money.Similarly, I enjoyed the launch because it was a fun thing to do, not because it was making me and the book more popular.

As writers we need to find intrinsic reasons for writing that balance all the rest.

We write because we love to write. All the rest is, as Raymond Carver would say, gravy.All the inevitable and par–for–the–course rejections and disappointments and punctures to the ego.

Please feel free to ask me any questions in the comments section, or to share your own experiences in publishing. I’m still learning!

You can read about The Most Beautiful Thing here.

Fiona Robyn is a bestselling self-published author. She also co–runs Writing Our Way Home and offers Creative Boosts to other writers.