Writing: The Thrill of Belonging to the SFWA 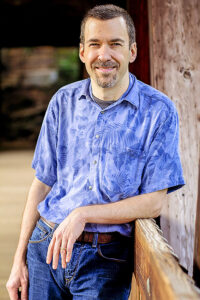 US novelist Brian Freyermuth describes the thrill of being accepted as a member of a prestigious genre writers' organisation, the Science Fiction and Fantasy Writers of America (SFWA), which has now opened up to indie authors.

I’ve had some amazing moments in my life, from meeting and marrying my wife, Juliet, to the birth of my son, to seeing the games I write and design on the shelves at GameStop (Yup, I visit stores or Steam whenever a game is released). Recently, I had one of those I-can’t-believe-this-is-happening moments when I became a member of the Science Fiction & Fantasy Writers of America (SFWA).

Why I Aspired to Join the SFWA

I was a huge comic book fan growing up, but I was never much of a book reader. A few books here and there caught my attention, most notably A Wrinkle in Time by Madeleine L'Engle. But it wasn’t until my dad gave me copy of Spellsinger by Alan Dean Foster that I became addicted to fantasy. How could you not love a story about a man from our world who gets pulled into a distant world of talking otters, magic and mayhem?

While I was in college I found out about the SFWA, an organization that not only helped authors navigate the sticky webs of publishing, but also helped connect them with other fantasy and science fiction authors. Here was a place where the greats hung out, like Terry Brooks, Terry Prachett, Joe Haldeman and Greg Bear, all authors I read growing up. 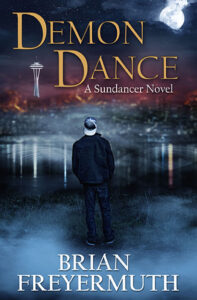 For many years, the only way you could get into an organization like SFWA was to traditionally publish your stories. But as more independent authors like Hugh Howey became popular, the stigma around self publishing waned.

Last March, for the first time ever, SFWA opened their doors to self published authors. Authors who earn $3,000 over a year for their book now have the opportunity to become active members. The steps are simple:

There have been many key moments in this crazy road trip of life, both on a personal and professional level. Getting into the SFWA, once thought impossible for a self-published author, is definitely one of those. If this lover of fantasy and science fiction can do it, so can you.

If you have experience of joining an organisation that has opened up to indie authors recently, or would like to flag up one that sets up unreasonable obstacles for self-published writers, we'd love to know!

For more information about ALLi's campaign for greater acceptance of indie authors by the publishing industry, visit our #publishingopenup campaign page.

Author and video game designer, Brian Freyermuth, Brian wants hope for his characters and wants their lives and actions to mean something.
"Demon Dance" and "Mind of the Beast" are no exception. He and his wife, Juliet, created a world where the supernatural is dependent on popular belief. Every character has hopes, dreams and purpose, whether it's a coffee barista who is learning Voodoo from her brother or a Norse Goddess who spends her days as a librarian. Brian is a member of the Science Fiction and Fantasy Writers of America and Horror Writer Association. His other game credits also include "Run Like Hell", "WWE All Stars" and "Lichdom: Battlemage". He is currently working at TellTale Games. www.magicalunderworld.com