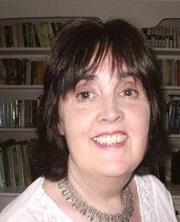 British historical novelist Fenella Miller enjoys the freedom of being able to pubilsh what she wants, when she wants

This week prolific British historical novelist Fenella Miller reflects on the secrets of her success as a self-published author, including 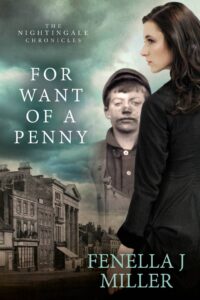 I am proud of still making a living from my books, still enjoying what I do, but writing eight books last year was a major achievement .

When I started I designed my own covers. Then someone told me about J D Smith and I asked Jane to design my covers and take care of my website. Sales doubled overnight when the new covers appeared. I owe a lot of my success to her wonderful covers. 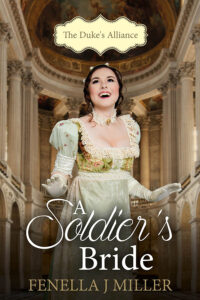 My biggest surprise was getting a Bookbub promotion – made an amazing difference to my sales in 2016. Sadly Amazon-only authors are not considered a good bet now.

Technology is my biggest challenge. Today I wanted to send out newsletters to my subscribers but MailChimp wouldn't cooperate. Wasted an hour before abandoning it. Someone more proficient would no doubt have sorted the problem in seconds.

I don't need to get in a creative mood. I am a writer. I sit down at the PC, put in my bluetooth mic and dictate. My books almost write themselves. I am very fortunate to have this ability. 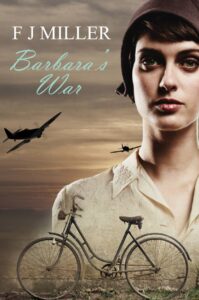 I write because I have to. Also being my husband's carer (he is entering final stage vascular dementia) is stressful and ties me six days a week to the house. Therefore writing is something that I can escape into – it's what keeps me sane.

The favourite thing about being an author-publisher for me is being able to write what I want, when I want and publish as many books as I want.

It was much easier for me to establish my position because I got in at the beginning of Kindle and had a very long backlist. I would say apart from the obvious:

There are now 3 million+ books on Amazon, nearly two million in KOL, and it is much harder to get traction now.

If I was starting out I would go wide but for me being Amazon Select suits me. 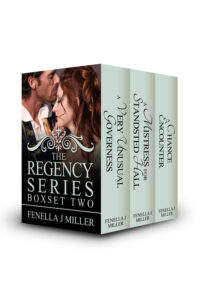 My Ellen's War series about a female ATA pilot has been bought by Aria Head of Zeus.

I've never worked with a mainstream publisher and this was the one thing I still wanted to do.

I am unlikely to make as much money from this as I was making on my own, but I'm hoping I will learn a lot and that will help me with my other books.

Money isn't everything – although it is important. I wouldn't have signed a three book deal if I only wrote a couple of books a year as I don't want to be tied down my someone else.

Fenella J Miller was born in the Isle of Man. Her father was a Yorkshire man and her mother the daughter of a Rajah. She has worked as a nanny, cleaner, field worker, hotelier, chef, secondary and primary teacher and is now a full time writer. She has over forty + Regency romantic adventures published plus four Jane Austen variations, four Victorian sagas and seven WW2 family sagas. She lives in a pretty, riverside village in Essex with her husband and British Shorthair cat. She has two adult children and three grandchildren. Find out more about Fenella at her website www.fenellajmiller.co.uk.