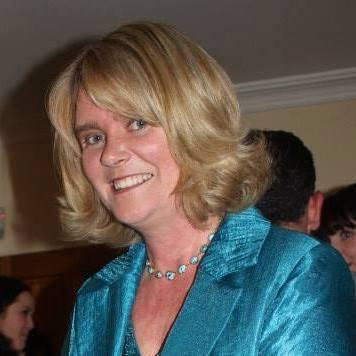 Sunday Success Stories – How I Do It: My Indie Author Adventure by Carolann Copland, founder of the Carousel Aware Prize

Today we're travelling to Dublin to celebrate the achievements of Irish indie author Carolann Copland. As well as being an author-publisher herself, she is the founder of the innovative Carousel Aware Prize for Independent Authors, which offers the valuable prize of bookstore distribution in Ireland. In her interview, we discuss both her journey as a writer and her role in raising awareness of the high quality of the best self-published books.

Please describe in a single paragraph your indie author journey, from starting point to the present day.

After spending a year working with a well-established, traditional publishing company, I eventually got a letter to say that they weren’t after all going to publish my novel. Over the following year I met with various people including ALLi authors who suggested self-publishing. I published my first novel in October 2013 and my second, in June 2015. The third novel is about half way there.

Where did you first learn about self-publishing?

I first learned about self-publishing through a meeting with Emer Cleary from the assisted publishing company EmuInk. Following that I attended a few meetings with the Dublin branch of ALLi, and decided that although I couldn’t go the whole way through self-publishing alone, I would go with EmuInk and allow them to lead me through the process.

What was your first self-published book, and when and how did you publish it? 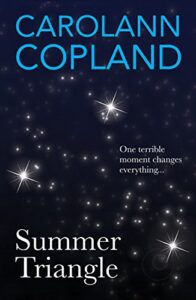 My first self-published book was Summer Triangle, published it through EmuInk in October 2013. I was their first book, and that made it extra special for both of us.

Name three things you know now about self-publishing that you wish you’d known when you started out.

Perhaps the support that is there from other self-published authors. I’m not sure if this is just an Irish thing, but it certainly helps.

What is your proudest achievement as an indie author?

Having spent years struggling through the marketing process of being an author, I set up The Carousel Aware Prize for Independent Authors in Ireland, to bring the cream of self-published authors to the attention of readers and book sellers. On the awards night, seeing the winners walk up and receive their trophies was my proudest achievement.

Carolann Copland is pictured on the far left, with some of the CAP winners, including ALLi author Lorna Sixsmith (second from right) and Gerry O'Brien (far right) of the Aware charity. ALLi founder Orna Ross (not pictured) won the best novel category for “Her Secret Rose”.

I may describe them as all three at various times, but I suppose I should be describing them as assisted-published. 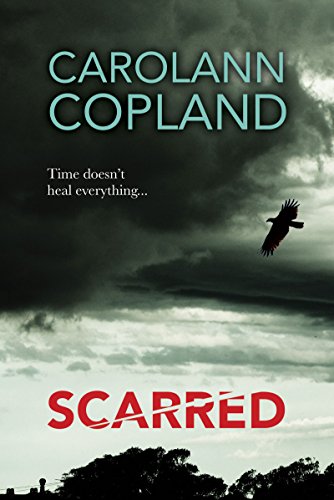 To continue to make the name Carolann Copland a recognised name with readers and writers alike, both for my own contemporary fiction and for the work I have put in for other self-published authors.

I don’t see traditional publishing disappearing in the near future, but I do see self-publishing standing up proud beside its competitor. When I think how the landscape has changed over the past five years, I’m amazed and excited.

What do the Carousel Aware awards provide that other prizes don't?

The awards aims at providing a platform for self-published authors in Ireland and entry fees for the competition are donated to the mental health support and education services of national charity Aware. Submissions are invited from allindependently published, self-published and assisted published authors from Ireland and Northern Ireland. The awards are sponsored by Dubray Books and Eason, and winning entries in each of the five categories are being sold through their stores nationwide.

Why did you want to found a new awards programme?

Why is it important to recognise indie authors and books?

Indie authors and books are often a little bit different, in that they often take risks with their content and genre. One of the reasons for my own book to be turned down by traditional publishers was that it crossed genres. I think that being different is a reason to celebrate, not to run away from, as long as the writing itself is excellent.

Why did you choose Aware as the charity to benefit from these awards?

Aware is a charity helping those suffering from mental health problems, such as depression and anxiety. My family has personally been enriched by help from Aware, so I feel I am just giving back so to speak. Also, I have always thought that there is a direct connection between writing and mental health, and this was very evident from the speeches from the judges and the authors on the night of the book awards.

What would you say to anyone who thought the awards are guilty of positive discrimination?

I would be surprised if any authors would voice such thoughts with the Irish Book Awards being so actively discriminative. But I have included many authors from the traditionally-published sector in the judging and running of the CAP Awards, as I feel that both sectors are able to work alongside each other comfortably.

The prize is bookshop distribution – why is this still important in the era of the ebook?

Ireland still has a very low number of ebook readers versus print book. That might change in the future but for now it is still very important for Irish authors to be seen on the shelves of the big book distributors.

The Republic of Ireland has an incredible heritage of supporting and respecting authors and creatives – what lessons do you think other countries and cultures could learn from that example?

The lesson of respect for authors and creatives is an obvious one. (The awards are open to Irish indie authors, including others living in Ireland and Irish people living abroad.)

With thanks to Carolann Copland for answering at such length and sharing the exciting launch of the first CAP awards. We hope this will inspire many more such awards around the world.