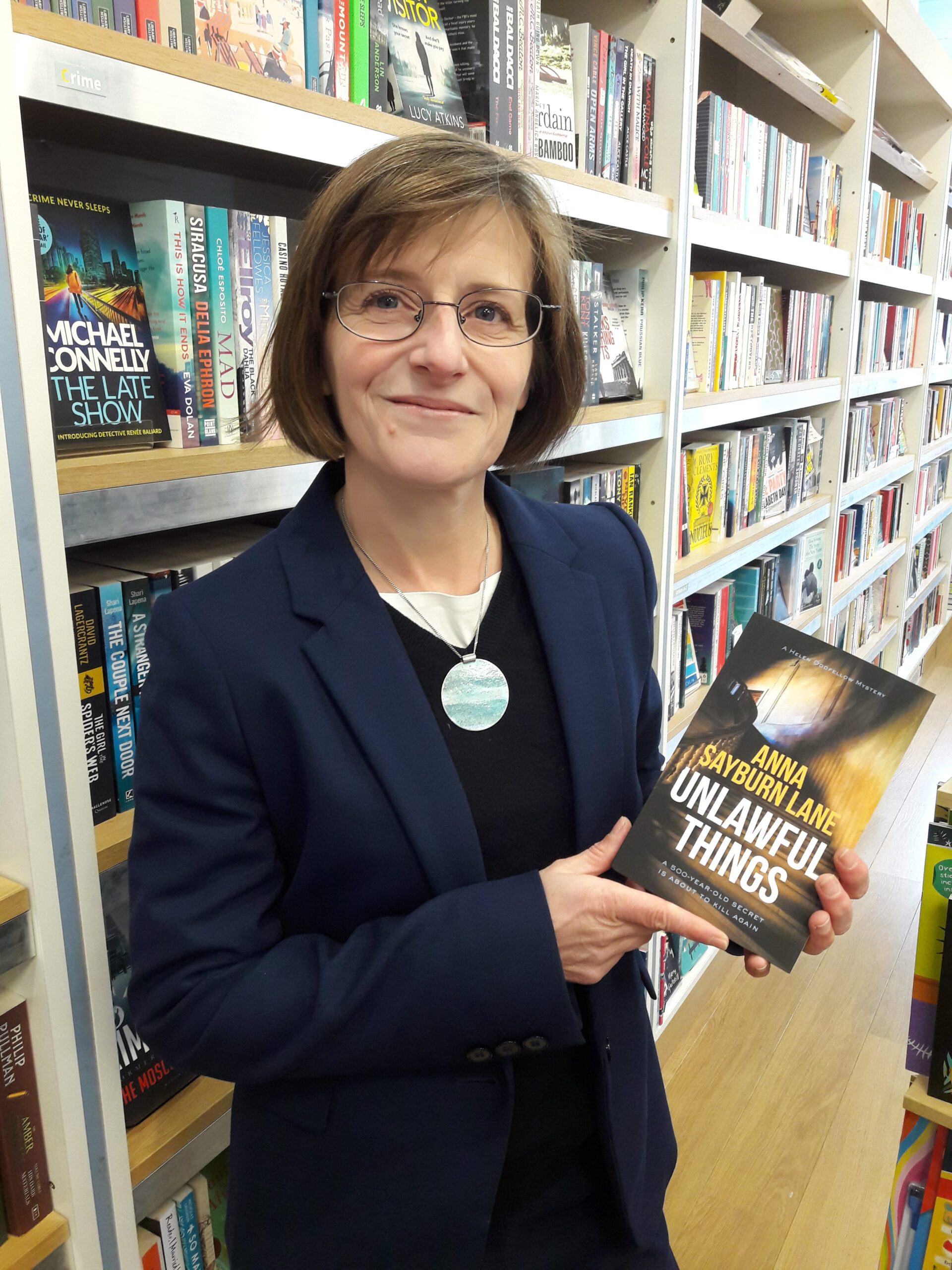 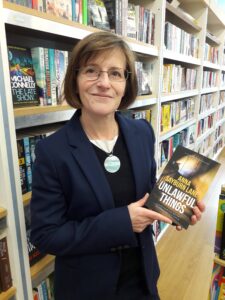 One of the many facets of ALLi's Open Up to Indies campaign is to press for a greater presence of self-published books in bricks-and-mortar stores, so we were delighted to hear of award-winning short-story writer Anna Sayburn Lane's success story in getting print copies of her debut novel stocked in multiple London bookstores, and, using the same principles, at the prestigious souvenir shop at Shakespeare's Globe. Here she shares her top tips including:

“Great! I’d much rather buy it from a bookshop.”

That was one friend’s response when I told her she could buy my debut novel, Unlawful Things, from our local high street bookshop, as well as from Amazon.

I’ve always loved bookshops. From the days when I eagerly trotted up the road to spend my birthday book tokens as a child, I’ve thought of them as magical places, where nothing bad can happen and you might just find something wonderful.

So when I wrote my debut novel, I didn’t dream of seeing my name on the Amazon Kindle best-seller list – I dreamed of seeing my book on display in my local bookshop, where anyone might pick it up while browsing, get engrossed and take it home.

But as a self-published author, could I make that happen?

Luckily I’d picked up ALLi’s book How to Get your Self-published Book into Bookstores at the London Book Fair. It helped me prepare properly, understand what bookshops wanted, and make the best approach I could.

How I Prepared to Approach London Bookstores 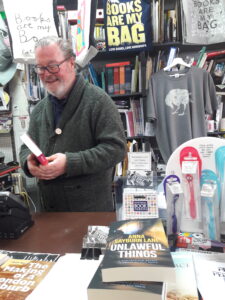 The first thing I needed was an advance information sheet. I’d never heard of that before,  but it’s what a publisher would produce and looks professional. It’s a one-page sheet with all the information a bookshop might need– not just your cracking blurb, but the genre, ISBN, format, pricing information and where to source it. I added an image of the book and a bit of biographical information about myself.

I checked out my local bookshops’ websites and sent them a personalised email, with the AI sheet attached. I’ve been a customer for years, and made sure to mention that I’d been a member of a book group for one shop, and attended events at another. This showed I knew the sort of stock they carry, and their local customer base.

I explained why I thought their customers might like Unlawful Things, which is set in south London and has a few local connections (for example a scene set in the archive of nearby Dulwich College).

I asked if I could come by and show them the book at a time convenient to them. That was another good idea from ALLi, to avoid turning up when the buyer is away, having lunch or rushed off their feet on a busy Saturday.

First one, then a second bookshop replied to say, yes please, they’d like to stock my book.

When I went in, I was glad I’d spent time working out how much I could afford to offer as a discount. One asked for a 60% discount which would have left me out of pocket, but then accepted the deal I suggested when I held firm.

It helped to have the proposal in writing with me, so I didn’t get flustered and agree to something I didn’t want.

It also helped that I had a printed invoice with me (which I followed up with an emailed version), so they had my banking and contact details.

How Being Opportunist Built on Early Success

The next couple of opportunities came by keeping an eye open.

A local newspaper interviewed me about the novel. In the same issue I read that another local bookshop had recently changed hands. I guessed that it would be worth approaching them – and as I hoped, they’d seen my interview and were keen to stock the book. 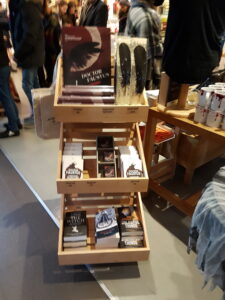 My biggest coup, however, was at Shakespeare’s Globe, the theatre that is a recreation of the original Globe Theatre on London’s South Bank.

Unlawful Things is a thriller about the fictional quest for a lost play by Elizabethan playwright Christopher Marlowe. One of the clues I’d made up was supposedly found in legal documents relating to the treason trial of Sir Walter Raleigh. I did a bit of a double-take when I walked past Shakespeare’s Globe to see the winter season included not only Marlowe’s most famous play Doctor Faustus, but also a recreation of the Raleigh treason trial!

I decided I had nothing to lose, so rang up and asked for the name of the shop manager, then sent her a copy of the novel, with a letter explaining the co-incidence, and the trusty AI sheet.

To my delight, she promptly replied asking for 10 copies of the book, which I delivered the next day.

London Bookstores: A Worthwhile Part of my Distribution Plan

While bookstore sales won’t help me give up the day job just yet, it’s been a huge confidence boost to see my novels on their shelves. Bookstoresgive a certain stamp of approval, so I’ve posted images of my book in bookshops on social media, tagging the relevant shop. 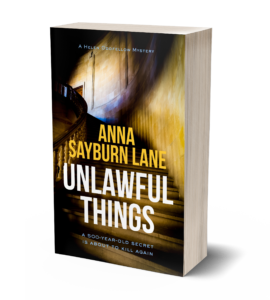 So far, Unlawful Things is available at the following London bricks-and-mortar bookstores:

Bookstores are an important part of the whole book economy, and all of us – readers and writers – would be poorer if they disappeared from the high street. Making the effort to understand what works for them, and encouraging readers to shop locally, benefits us all.

How #indieauthors can get #selfpub books into #bookstores - an inspiring case study of @AnnaSayburn's success in London #bookshops. #PublishingOpenUp Click To Tweet

Book Marketing: How to Get Your Self-published Books into Bookstores

Anna Sayburn Lane is a freelance journalist specialising in medicine and healthcare, an award-winning short-story writer, and the author of a debut novel, Unlawful Things. For more information, please visit her website: www.annasayburn.com.