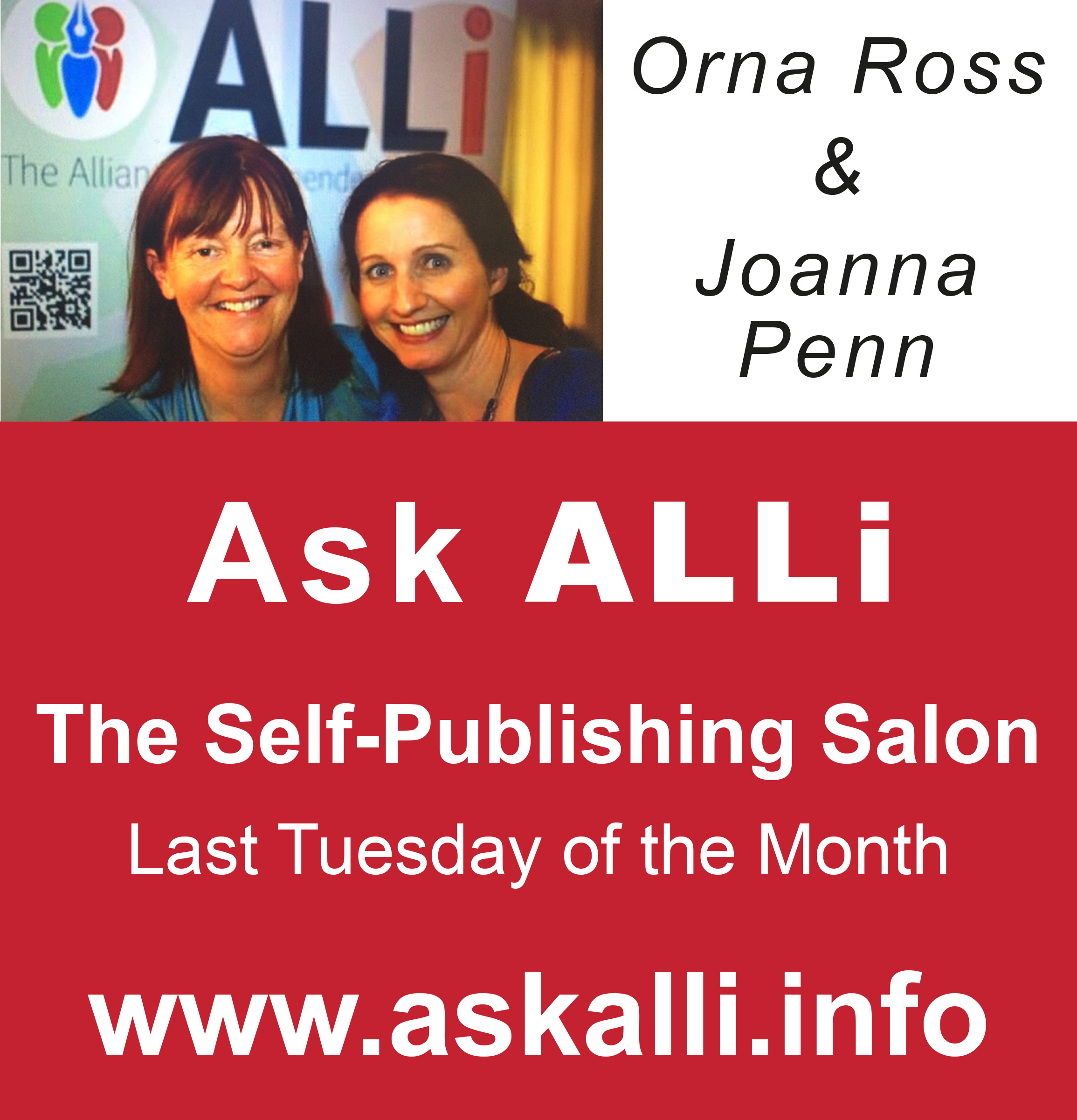 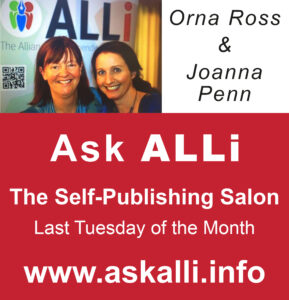 Each month Orna Ross and Joanna Penn join forces to bring you The Self-Publishing Salon, a live online broadcast where they discuss what’s going on in the publishing industry, and provide an update on the latest tools and techniques that are helping them achieve their writing and publishing goals.

If you're committed to being a successful indie author, this conversation between The Bookseller’s “100 top people in publishing” and one of the Guardian UKs “Top creative Professionals” shouldn't be missed.

The Self Publishing Salon May 2017

Here are the YouTube video and Soundcloud podcast, and below I’ve summarized the Salon topics that resonated with me. Listen or watch the broadcast for the full conversation.

Subscribe to our Ask ALLi podcast on iTunes, Stitcher, Soundcloud of via our RSS feed:

Here's some of the highlights from this week's Self-Publishing Salon, but please listen to the podcast or watch the YouTube video to immerse yourself in the full discussion.

BookExpo and Opening Up To Indie Authors

Previously known as Book Expo America (BEA), this annual publishing industry event is in the throes of rebranding itself (by dropping the America tag) in order to position itself as an International event with a global outlook. Unfortunately this rebranding effort hasn't taken the self-publishing community into consideration. Last year BEA hosted UpublishU activities at their event, but this year this part of them schedule had been dropped. Luckily there are other Indie-minded conferences popping up onto the horizon – our very own Indie Author Fringe (On June 3rd) being one of them.

Here at ALLi we believe it's important that Indies have a place at the table when the rest of the book industry are getting together. Not just at large Expo events, but also at smaller festivals, and books shop and library events.

It's also important that Indie Authors are viewed as an integral part of the mix, not as separatists or outsiders. That's why ALLi are putting an increased focus on their Opening Up To Indie Authors Campaign, to make sure that the best interests of self-published authors are represented.

“I am so disappointed with BookExpo's line here on Indies. They have abolished UpublishU completely. There is essentially no room for the independent author at BookExpo unless you're paying $2,000 for a tiny little table, stuck off in an annex. It’s really disgraceful. They’re rebranding to supposedly to move direction, to being a modern publishing hub. They are walking away from the people who can actually show them what they means.” Orna Ross

At the other end of the author-event spectrum was the recent Hawkesbury-Upon Literary Festival hosted by ALLi's very own Debbie Young who has created an event that exemplifies the Opening Up To Indie Authors vision.

“What I love about being indie more than anything that you do it your own way. What Debbie Young, our ALLi blog editor, has done at Hawkesbury-Upton has done has created something so unique. She brings people together to share their love of books. To connect people and help them to grow their love of books. It was packed out. It was standing room only for the opening. It’s a really heartwarming festival. Completely different to the celebrity driven festivals that dominate publishing. It was full of soul.” Orna Ross

This Lit Fest included topics and genres that don’t usually get a look-in at regular publishing conferences, and 2018 will see it returning again for its forth year.

ALLi is taking a different approach when it comes to working with rights agents to help their professional member's achieve the best deals for their distribution rights. The new approach will be genre-driven and ALLi will be working with a panel of agents that have knowledge in specific genres.

There needs to be a mechanism where Indie Authors can tap into the rights market and get the support they need at the critical part of the process, namely the financial negotiation stage.

Give it two to five years and I’m more likely to be able to exploit my rights in a much more self-controlled manner than selling something. Translation will be a completely different matter altogether as the industry matures in foreign markets that aren't where the UK and US are from a digital perspective.

In these blossoming markets, Print is King, but this is a short-term scenario while we wait for these other global territories to catch up on digital. This is a navigation challenge and an obstacle for indies without a knowledge of the territory. There is lots of money being left on the table from a rights perspective, but indies still haven't worked out how to tap into this potential so ALLi will be exploring this avenue in more detail.

No stranger co-writing, Joanna Penn dipped her toe into the co-writing process again when she went to the States earlier this year. She met up with three other authors and boarded a train from Chicago to New Orleans to co-plot a book during their train journey. Once they'd arrived in New Orleans they continued the co-writing process, and completed “American Demon Hunters: Sacrifice” which was published within the month..

“One of the benefits of being an indie is that it you to do projects so fast.” Joanna Penn

Authority of the Book

Orna introduced us to her ideas around the “Authority of the Book”. In traditional publishing the book is a stand-alone entity, but the authority of the book has become somewhat diluted in this digital age of self-publishing. We're moving towards a landscape where an author's websites is assuming that role of authority, and the book is just one element within the overall branded vision.

An Author's website and social media are how to reach a community, and how to present yourself on the global arena. These platforms are the new shopfronts used sell and advertise your books.

Orna and Joanna have different approaches for how they leverage their websites. Orna uses one central website to showcase her fiction, non-fiction, and poetry, whereas Joanna has six different websites that focus on niche aspects of her brand. And as if six wasn't enough, Joanna is about to launch anew website under a new pen name, which will be unsupported by social media, an active mailing list, and devoid of name-recognition. This new website will feature the books under the pen name and supported by paid advertising.

It will be interesting too see how this website (and book-sales) will fare against Joanne's other websites that take a lot of time and effort to maintain. Can you still sell books if you stop doing all the marketing and promotional activity authors feel pressurized into?

Listen to the broadcast for yourself to get a deeper insight into this Authority of the Book topic. I have a feeling that we haven't heard the last of this discussion.

Joanna is experienceing Opening Up to Indie Authors success first hand. Her Destroyer of Worlds has been selected as one of the finalists in the International Thriller Writer's Award. Winners will be announced at the gala ceremony in July.

Joanna and Orna are teaming up again on May 6th to host a live event “How to Make a Living (and a Life) from your Writing“.

Orna has just launched her Creativist Club, which is based around her Go Creative series. This year Orna is focusing on her non-fiction, and is planning to soft-launch her books in November.

This is an online club for people who have something important they want to make or do, or a dream they want to turn to a reality. In the club, we set a core creative intention (something you truly want to make, right now), and get encouragement and motivation from club facilitators and members. You have access to The Creativist Cafe (an online closed forum) and The Library (free books and downloads and other tools). And success-focused members also have access to The Creativist Studio(an online work-rest-and-play space), where we set deadlines, manage flow and hold each other accountable.

Joanna will be appearing at Crime Fest on Friday May 19th, hosting a Self-Publishing Session “How to Self-Publish in eBook and Print.

Publishing houses are increasingly turning to new media for fresh talent, but is the traditional route the best way to go? This session will cover how self-publishing fits into the current publishing eco-system, how to publish your book in ebook and print and some tips for self-publishing success.

Our next Self-Publishing Salon is on Tuesday May 30th

Where can I watch or listen to more Ask ALLi?

Interested in Joining ALLi? Besides being able to submit questions to this monthly Q&A, there are lots of other benefits of being an ALLi Member. Click this banner to find out more. 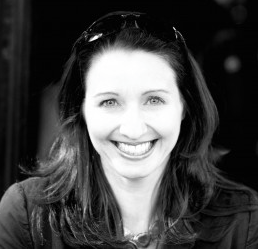 Joanna Penn is a New York Times and USA Today bestselling thriller author, as well as writing non-fiction for authors. She is also a professional speaker and entrepreneur, voted as one of The Guardian UK Top 100 creative professionals 2013.

She spent 13 years as a business IT consultant in large corporations across the globe before becoming a full-time author-entrepreneur in September 2011. 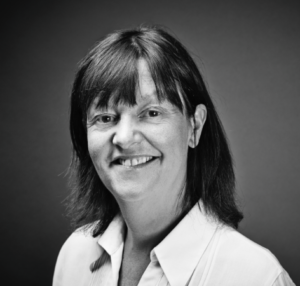 Orna Ross launched the Alliance of Independent Authors at the London Book Fair in 2012. Her work for ALLi has seen her named as one of The Bookseller’s “100 top people in publishing”.

She also publishes poetry, fiction and nonfiction, and is greatly excited by the democratising, empowering potential of author-publishing.