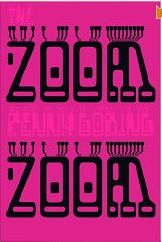 Superb Self Publishing – the Motherlode for Overgrounding

Self publishing is at the cutting edge of the most interesting, radical and provocative writing that's happening right now.  Dan Holloway comes up from writing his own great work to overground some others.

No, whilst they were a central part of my childhood, I’m not talking about the Wombles. In my last post here I asked writers to consider one word they would use to define themselves and their art. The word I used to describe my core philosophy was ‘overgrounding‘.

It’s the thing that’s been most important to me since I first entered the cultural whirl, and it’s exactly what it sounds like – taking something from the cultural underground and bringing up and out — to the audience it deserves.

My proudest moments have been doing that at eight cuts gallery with stunning books such as Stuart Estell’s remarkable unpunctuated Beckettian masterpiece Verruca Music and Penny Goring’s devastating prose-poetic-stream-of-consciousness The Zoom Zoom – which I managed to overground to such an extent that it got a commendation from the Guardian First Book Award judges.

Self-publishing in all its forms is the motherlode for overgrounding. Every corner of the internet and every crumpled piece of paper in the corner of an arts café holds a potential gem waiting to be discovered. And with more and more people jumping on the it’s-too-hard-to-wade-through-the-slush bandwagon, I would go so far as to say it’s the duty of anyone with any kind of a platform who cares about our cultural future to spend some time finding and then championing these gems – and the less likely it is that people would otherwise discover them, the greater that duty becomes.

The concept of overgrounding is finding a place in the mainstream. John Self, whose Asylum is a very readable book blog, has just used a Guardian column to encourage people to champion literary underdogs. Great. I do worry, though, that there is still a real double standard in operation here. The book he has championed is published by a small press and is a natural fit for the Guardian – hardly going out on an edge (though, nonetheless, valuable).

This is one area where an organisation like the Alliance can come into its own – throwing the credibility it has behind the undiscovered self-publishing gems and demanding the media pay attention – and if it won’t, then giving these works every molecule of oxygen possible.

And the less voice an author has the more it behoves us to shout on their behalf.

The rationale is one I come back to again and again. The reading public deserves better. Countless pundits, polls, and prizes tell them ‘this is the best' when actually they mean ‘this is the best of a very limited pool from which we are drawing.' When readers take a look at ‘the best', it’s no wonder they are put off literature altogether.

Those are avid readers we're losing because we are too lazy to tell them ‘yes, there is something out there that speaks to you, you’re just being pointed in the wrong direction.'

We owe it to these readers to show them that there’s so much more than this narrow stream (and I include self-published work that sets out to mimic the mainstream in my list of things that don’t need overgrounding).

It would be remiss of me, having made the case, not to point you in the direction of some amazing self-published work.