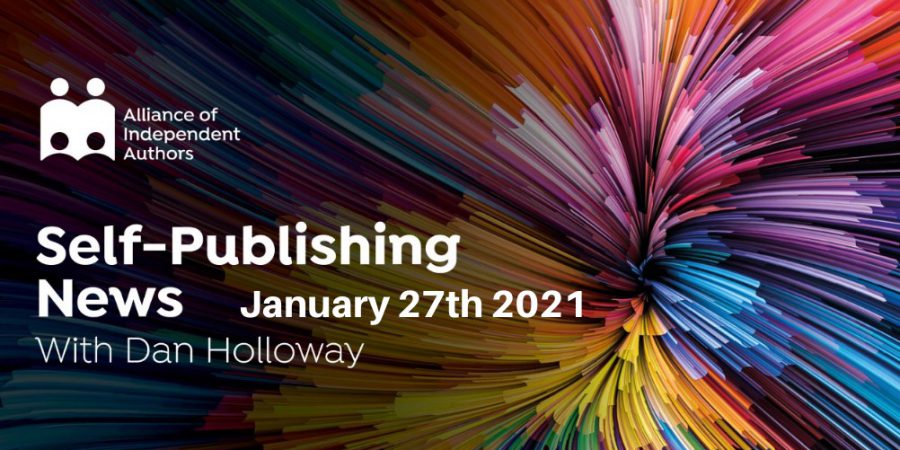 Tonight's #indieauthorchat on Twitter gets meta as Tim asks us: how should writers use Twitter? You can find the transcript of last week's chat on the subject of “going wide” here.

It seems as though we have had some news about the sale of Wattpad every week so far this year. Now the ink has had a chance to dry properly, we can take a closer look at the actual deal. The Korean media company Naver will be paying $600million for Wattpad. Among other things, Naver publishes digital comics through the platform Webtoon. Sometimes, when I report on the news, I am interested in the stories I write about. Sometimes (see Audiblegate) I am frustrated, even angry. And sometimes, I'm just passing things along. But occasionally I get really excited. This is definitely one of those times.

Publishing Perspectives has a really great interview with Wattpad's CEO, Allen Lau. You should go and read it. The thing that really pops out of the page are the numbers. The companies have cited increasing their reach as a major reason for the merger. What does that mean? Well, Wattpad currently has 90 million regular users. Naver has 72 million. To put that in context, Netflix has just over 200 million subscribers. And yes, of course those Netflix subscribers pay a regular subscription. But the fact they don't pay upfront doesn't mean Wattpad's readers aren't really engaged. They are also willing to pay, and with over 1500 books, films, and TV series produced from the site, Wattpad have ways of monetising that engagement.

And that leads to the second reason for the merger. What Wattpad have always been really good at is the end to end process of creating new worlds. People sign up as contributors who may only write a few sentences. Wattpad takes creatives from that most nascent stage right through to making films based on published books. What this sale means is even more media through which readers and writers can connect.

Audible Offers Some Transparency over Returns

The news moves fast right now. And no story makes that clearer than the ongoing saga of Audible/ACX. It feels like an age ago that this was the story we couldn’t get away from. It was, of course, just a few weeks. In that time, the “Fair Deal for Authors and Rights Holders” group has kept up the pressure. This week, there has been movement from Audible, as Nate reported over at The Digital Reader. The announcement of increased transparency over returns comes with an interesting header from ACX. It's creatives who use ACX to submit material to Audible who have been having issues. Now, ACX say “we’ve heard your feedback.” OK, but have they listened?

There are two changes coming. From March, returns will be listed on a new dashboard. Previously, only net sales have been listed, making it impossible for rights holders to get information on how badly affected they have been by returns. And second, content creators will be able to transition from exclusive to non-exclusive terms after 90 days. These two measures, take together, should allow more autonomy over the way creatives do business.

But this is a long way from meeting the demands that rights holders are making. Notably there will be no retrospective data. And no suggestion of recompense for lost royalties from returns that Audible may have been encouraging. So expect the fight for a fair deal to continue.

Vanity Publishing is Alive and Well at Rolling Stone

When I first started self-publishing, there was a bit of a stigma. Some people still associated self-publishing with vanity publishing. Many of us are also familiar with the tendency of those who do not have the same financial issues we do offering to pay us “in exposure.” Now it seems one of the world's most esteemed publications has combined these two elements in a startlingly crass way. Rolling Stone is offering places to writers on its Culture Council. Those accepted for membership (ouch, we know that red flag) will get to be thought leaders and influencers. Wow, where do we sign up? Oh, that's the catch – to do so we need to hand over $500 up front and a $1500 annual fee. Hmm.

Book Sales or Book Shops: Who Actually Succeeded in 2020?

It was a fascinating headline. And it turned out that the development of the news story itself was a microcosm of the whole story that’s unfolded this year. The excited headline in the Guardian read, “Bookshops defy pandemic to record highest sales in 8 years.” The following day, there was a correction note in the column. It read, “this article’s headline was amended on 26 January 2021 to refer to book sales, rather than “bookshops”, to better reflect the article text.” And that pretty much sums up this ongoing story. Sales of print books did really well last year. But it is far from clear that book shops were the beneficiaries. And even where they were, it's not clear how many sales went to indies, and how many to chains. Or, of the former, how many were direct and how many through Bookshop.org. In other words, it will take a while to unpick the winners and losers.

What does the sale of Wattpad mean? And other top #selfpub news stories for #indieauthors, in one quick read, by #ALLi News Editor Dan Holloway @agnieszkasshoes #digitaleconomy #publishingopenup Click To Tweet