Self-publishing News: The Impact of Overdrive

In this week's Self-Publishing News, ALLi News Editor Dan Holloway takes a look at figures from Overdrive showing the role of libraries in digital reading, and more growth in audio.

The world outside our writerly bubble continues to be fragile as the new year grows into itself. As so often, writers have been getting involved, last week using the #AuthorsforFireys hashtag on twitter to raise funds to help in the aftermath of Australia's fires. And in February a group of poets is coming together for Poets for the Planet. I am reminded yet again why I love this community.

Overdrive and the role of libraries in the health of ebooks 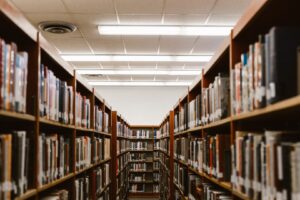 We’ve had some mixed stories about libraries in the past few months. Or rather, libraries are fabulous, but they’ve been caught up in shenanigans. It’s lovely to start the year with an exciting story about libraries and indies. Overdrive’s figures show an eyewatering 326 million library downloads for ebooks and audiobooks last year. Not only is this fabulous for people who value reading. As Mark Williams points out in his discussion of the latest figures from Bookstat (the commercial venture formerly known as the public service Data Guy) exclude all of these in its state of the industry pronouncements. Those pronouncements include the observation that Amazon imprints continue to dominate the Kindle top 10. Which is not a surprise – and why the increase in global opportunities outside of Amazon is so welcome. And talking of Amazon, the company, which has invested $5bn into its India operations, faces an investigation into anti-competitive practices there . Watch this space.

Just when you thought the Romance Writers of America brouhaha couldn’t escalate further, this week happened. Directors Damon Suede and Carol Ritter have gone. And things have got so serious the RITAs, the leading Romance awards with 3 decades of history, have been cancelled this year. This comes after last year the judges issued an apology that no persons of colour or LGBTQ+ writers were among the finalists. And one cannot help notice a certain parallel to the Oscar announcements this week. A thorough and fascinating summary of where things are and where they might go comes from the always-insightful Smart Bitches.

I’m not a romance writer but I am close enough to see that this is going to reverberate for a long time to come. Science fiction and fantasy still feel the aftermath of the Sad Puppies fiasco. The two situations have a lot in common. I very much hope a rich, inclusive romance writers’ movement can emerge the other side the way that seems to have happened at least partially in SFF.

Indie booksellers on the up

There’s more positive news when it comes to indie booksellers. For the second year in a row, the number of indie booksellers in the UK has increased (to 890) after years of decline. And in the US, a new ebook platform, Bookshop, is launching. Bookshop will allow you to buy ebooks and contribute to independent bookstores, 35 of which have signed up in the first phase. 10% of sales from the platform will go into a pot divided up between the retailers signed up. There is an opportunity for retailers to make an additional 25% if they drive affiliate sales. This finally answers the question of what will take the place of Indiebound’s retail platform. Indeed, it is the brainchild of Andy Hunter, who was tasked with turning Indiebound around in 2018.

The rise of the Swedish audiobook platforms continues. Storytel has announced increased growth again, this time in Turkey (more than 4 million hours of listening in 2019). But this week it is Bookbeat who have been making the news. They reached quarter of a million subscribers and achieved 114% growth. It is very clear that the growth in global opportunities for  audio content is not going to stop in the near future. It was interesting, though, to read this alongside the new decade musings of industry guru Mike Shatzkin. His take is that recent growth in ebooks and current growth in audiobooks are very much inflations to a point of necessary saturation.

Audio platforms continue to expand, record numbers of ebooks and audiobooks are downloaded from libraries through Overdrive and top #selfpub news stories for #indieauthors, in one quick read, by #ALLi News Editor Dan Holloway… Click To Tweet

Are you trying to get your ebooks read in libraries? Have you had any success? Let us know in the comments below.