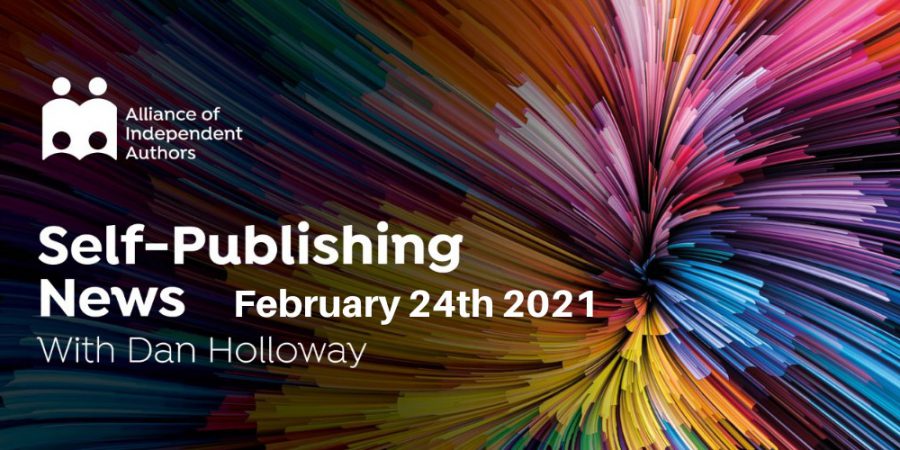 In this week's Self-Publishing News Special, ALLi News Editor Dan Holloway takes a close look at how Audiblegate has changed the audiobook landscape and what Facebook's Australian news ban means.

Watch out for this week's podcast, coming tomorrow, in which Howard and I talk all things indie and I look back at Jeff Bezos' legacy. And I want to use the header space to say a very special farewell to one of the towering figures of the 20th century. In his 101 years Lawrence Ferlinghetti owned the iconic City Lights bookstore, published Howl, the most controversial and influential poem of the century, and was himself one of the finest poets and last Beatniks. One of those would be more than most of us could ever hope for. RIP.

A New Landscape for Audiobooks

For several years now, we’ve been seeing regular stories about the growth of audio. It’s true that the rise of audio has gone hand in hand with the rise of subscription services. Perhaps this shouldn’t be surprising given how popular subscription is for listening to music. But by and large, the story has been about how a market we were familiar with would get bigger. And that, many assumed, simply meant watching as Audible grew and grew.

But lately the road to domination has become somewhat bumpier for the behemoth. The argument over returns has pushed both traditional publishers and indie authors against them. Findaway Voices have been quick to capitalise by wooing disaffected ex Audible authors. And all the while, Storytel have carried on quietly doing what they’re good at doing. Entering new markets and building a customer base there.

I speculated at the start of Audiblegate that Amazon had been making a play to use Audible Plus with its endless returns as a way of grabbing sufficient market share to secure an unassailable position.

This threw Amazon back on Audible Prime using all you can eat subscription as a way to gain market share. But they have developed this at slower than snail’s pace. Perhaps because they thought the “single credit, multiply recycled” model would hit paydirt instead of the “infinite credits” model. But this combination has left them seeming surprisingly vulnerable in a market it feels like they should be dominating.

Meanwhile, Storytel have continued to make progress. They keep opening stores in new markets, and keep growing their subscription base. Now they have set their sights on acquiring 20% of the total audiobook market by 2030. And while we're talking about Scandinavian companies changing the audio scene, Danish podcast app Podimo has just raised 11.2 million Euros.

It remains, of course, to be seen whether Audible Prime’s model will actually work any better for writers and publishers. We shouldn’t assume the future is bright just yet. And on that note, here's the latest from Spotify. Spotify pay rights holders under half a penny per stream, a situation that gives writers the jitters about subscription. But the company has told British politicians they cannot raise their price. If they did, they say, it would push listeners to piracy. Much to unpack there!

Mark Williams is a brilliant source of insights into the internet’s penetration across the world, and the opportunities that provides. Recently, his reports on the outages across Ghana have brought home just how vulnerable the internet is to a physical infrastructure of cables. This week he brings news of a massive milestone. 5 billion people are now estimated to be online. With over a billion of those in China. When we think about going wide, that is the canvas we’re working with. That compares to Amazon’s 200 million users each month.

We’ve talked a lot about the impact of Covid on bookstores. This week, we have figures that show just how bad things were. Bookstore sales in the US fell 28.3% during 2020.

Into this environment comes a new interface for Pubeasy. This is an international ordering platform for bookstores, and the updates should integrate it with more local systems. The hope is that would make it much easier for our books to find shelves the world over. And the hope is that it will also make it easier for bookstores to give readers the choice that online merchants can provide.

“The Internet” seems to be the big topic in the news this week. And no story is bigger news this week than the news itself. The Australian government is seeking to introduce legislation that would protect press copyright and ensure that they get paid for their content when it appears on platforms like Facebook and Google. In response, Facebook undertook a massive ban on Australian news. This was clearly aimed at media giants, but ended up impacting many bloggers. The ban has been called off for now, but its extent and speed will cause ripples for many months.

If this sounds familiar, it should do. Article 11 (which became Article 13 and finally Article 15) of the European Union’s Directive on Copyright in the Digital Single Market caused a similar furore before it was introduced in 2019. This was so controversial it was known as the “link tax”. Tech companies were so frightened of it because they feared it would lead to the end of the internet. Sound familiar? So what happened? Well, Google simply refused to pay anything. And, so far, that’s that.

Journalism might seem like it’s a step removed from us as writers. Though, as your news editor, it doesn’t feel all that distant. But at the risk of sounding like a broken record, it matters to stay abreast of these things. Because the internet is our workplace and its future matters. And nowhere do we feel that more than in the numerous debates around copyright and freedom. And as this instance has shown us, fights between corporations can have massive consequences for much smaller players. Down to the level of bloggers.

The changing shape of the audiobook landscape and other top #selfpub news stories for #indieauthors, in one quick read, by #ALLi News Editor Dan Holloway @agnieszkasshoes #digitaleconomy #publishingopenup Click To Tweet