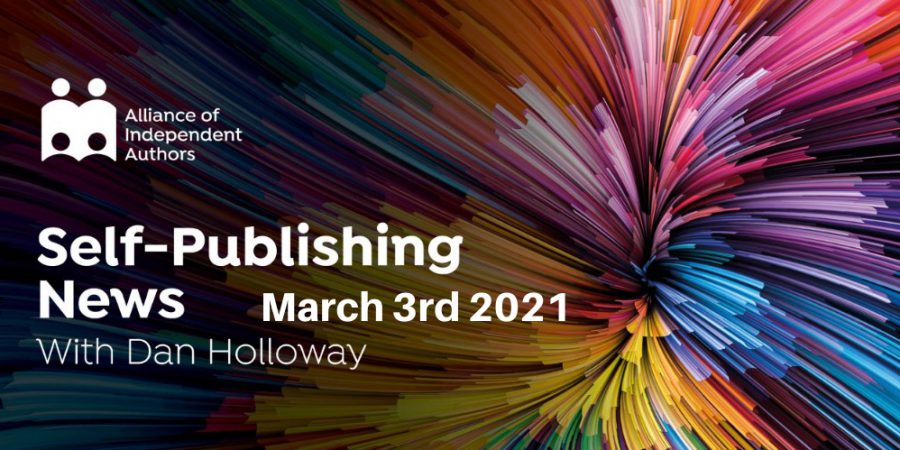 In this week's Self-Publishing News Special, ALLi News Editor Dan Holloway takes a look at Twitter's new Super Followers feature and asks what the future of ebook lending libraries will look like.

In the latest self-publishing news podcast, Howard and I talk about life after Audiblegate, and discuss how Findaway Voices offers a real alternative for indies. I also take Jeff Bezos' announcement that he is stepping down as Amazon's CEO as an opportunity to look back at his legacy, and how Amazon has changed all our lives in so many ways.

I like to tell you when there are opportunities to make money in new ways. So I feel obliged to talk briefly about the story everybody, er… nobody, is talking about. Twitter has launched the first damp squib in an attack on Patreon and Substack. Super Followers, and communities where they can interact, are coming soon. Possibly to be priced at $4.99/month, the feature will allow you to subscribe to unique content from your favourite twitter people. As content creators, this looks like it will give us the chance to do more than just save all our best tweets for a paywall. There will be newsletters as well, which is the aspect I'll really be watching. I guess this is another subscription model for earning from our content. I won’t comment. I’ll simply note that shortly after the announcement the hashtag #RIPTwitter started trending.

The Future of Ebook Lending in Libraries

Just over a year ago, libraries and publishers were at loggerheads. The issue was ebook lending. Publishers were ratcheting the terms on which they sold ebooks to libraries. This meant introducing a metred usage model – where libraries had to renew their purchase after a limited number of lends. Or it meant short 6 month licenses which would then cost an increased rate to renew.

During the pandemic, an uneasy truce has been reached, as many publishers realised the urgent need for remote access to books. Many, such as my own institutions’s university press, have even made parts of their catalogue open access. But it has not all been uncomplicated. The controversial Open Library incurred ire from authors and publishers alike for allowing concurrent lending of ebooks and rebranding the National Emergency Library.

And now, the CEO of Overdrive, Steve Potash, has warned that the post-Covid landscape needs careful navigating. He points to some encouraging signs. Some forms of metred usage, for example, allow unlimited concurrent lending of books on a pay per lend basis. But it’s clear that the truce between libraries, publishers, and authors remains uneasy. And a long-term relationship will need much negotiating.

It really is a week for taking us back to stories from before the world changed. The other big story at the start of last year was the dispute between publishers and Amazon over Audible Captions. Even before Audiblegate, Audible managed to get on the wrong side of just about everyone. Its proposed captions feature would have allowed people who bought the audiobook to have screen captions of the text as it was read. Originally, this was an accessibility feature for textbooks. But publishers decided it was a rights grab. They went to the courts. Amazon never introduced the feature.

We never did find our what the courts would rule. But now, a fascinating legal case has emerged that may go some way to providing an answer. Huge thanks to Victoria Strauss for raising this on Twitter. Tara Reade, who brought abuse allegations against Joe Biden, is suing Sally Albright for reading the whole of her new book on a Facebook livestream. Albright made it fairly clear on social media that she was doing it so people who tuned in wouldn’t have to pay for the book. But the legal question remains to be answered as to what publishing written content actually means. And whether listening and reading off the page are essentially the same in law.

You may have noticed an increase in targeted adverts for publishing services that want you to pay. If so, you may be interested in this new survey from the Society of Authors and Writers Guild of Great Britain. It runs until April 25th and will form the basis of an investigation into the landscape of companies asking authors to pay money up frot.

I use Spotify a lot as a way of providing context for subscription in the book world. Not only are they huge, but the rates they pay to musicians are notoriously low. But this week they are the news themselves. They have just rolled out in 80 new local markets. That really puts the one or two markets at a time approach that audiobook platforms adopt into perspective. Talking of which, Mark Williams reminds us that Spotify recently hired someone to front up an audiobooks operation. The ducks are lining up.