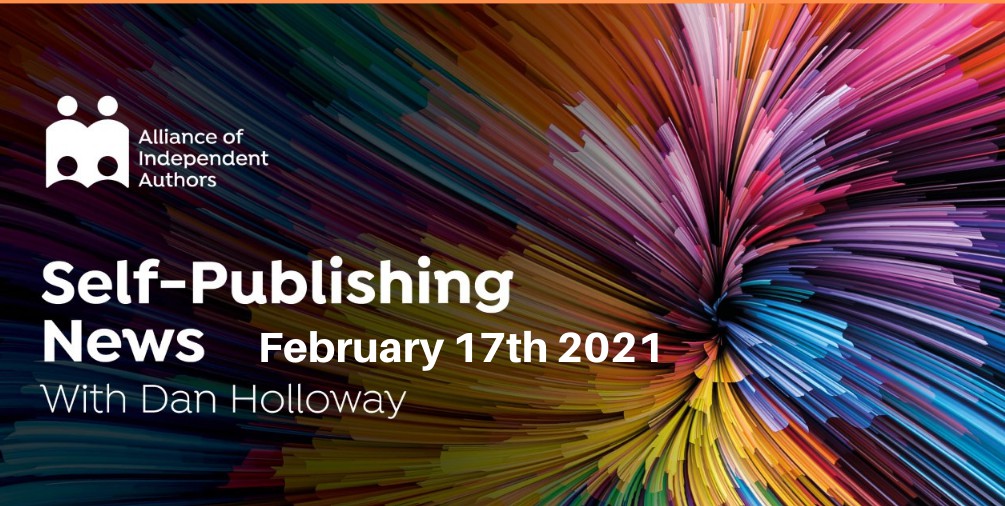 In this week's Self-Publishing News Special, ALLi News Editor Dan Holloway takes a close look at how the subscription model might be changing the industry in ways we hadn't thought.

You can find my ultimate guide to what Brexit means for indie authors here. It covers things you may have thought of such as sending books to or from the UK and selling ebooks. But it also covers things you might not have thought of but need to know. Like whether you should take books with you to sell on overseas tours. And whether the GDPR work you did on your website is still up to date.

We talk a lot about the growth of subscription in this column. Usually we talk about audiobook subscription platforms, or Kindle Unlimited. This week, three news stories offer different perspectives on the possibilities of subscription.

First up is a general story about the growth of digital subscription. The top 100 subscription apps have seen revenue grow to $13bn this last year. That's a 34% growth. This is within a sector that is, overall, worth more than $100bn. These include Netflix, HBOMax, Hulu, YouTube Music, Amazon Music, and of course Disney Plus. The consumption of creative media via subscription is huge. And getting huger. And these are just the apps purchased from the app store and Google Play.

Our second story is a timely reminder that there is life beyond digital. Subscription is something that has been with us since long before digital. Over four decades ago, I waited eagerly by the door every week for my Beano to pop through the box. It’s somewhat extraordinary that publishing as a whole has taken so long to get in on the act. My first experience of it was the indie press, Peirene, a decade ago. Now Literati has raised $40m funding. Literati is a children's book box subscription. For $9.95 you receive 3 books a month.

Finally, an interesting development from Waterstones. The UK’s largest bookselling chain, most frequently in the news too often these days because of its owner, James Daunt, has struck out on a new path. It has announced it will open a large concession within the clothing and household retailer, Next. Concessions within larger spaces is the model of bookselling at airports. And writers will know it’s common among stationers. Paperchase, for example, has widely operated concessions within John Lewis. But it’s hard to say what the implications of this move are. It strikes me as a (pun deliberate) concession that booksellers lack destination-pull on their own. Daunt’s other large chain, Barnes & Noble, has tinkered with hosting other ventures within its own walls, of course. Might this move in the other direction signal a first step towards streamlining what Daunt considers a bookstore to be?

It’s still under a year since we first started to ask whether the 2020 London Book Fair would go ahead. And yet it already feels as though we have spent an age talking about what format conferences, festivals and fairs will take in the future. London Book Fair have committed to going ahead in June of this year in a one off move from their regular March slot. But it seems they are struggling to find exhibitors. It’s a demonstration of how little some things have changed that the issue is the one we first highlighted – concerns about cancellation insurance. There is a fascinating look at the whole landscape of the in-person, online, and hybrid book event scene post Covid on The New Publishing Standard this week.

And you can contribute your experiences of how your work has changed and how you see it after Covid in a new survey. The Society of Young Publishers is asking people in the trade to give their experiences of how working at home has shaped their working life.

And one thing we would love to see after Covid is more self-published writers winning prizes. So congratulations to Christine Mulvey, who has won the $5000 North Street Book Prize for self-published books.

And of course, the other big event to impact the book world is Brexit. I’ve spent a lot of time reading and writing about the UK’s post-Brexit trade deal with the EU. You will find the result of much of that time in ALLi’s Ultimate Guide to Brexit. But this week we’ve seen traditional publishing begin to give its response. This post from Richard Charkin on Publishing Perspectives, reflecting on the post Brexit world is very telling. He talks of Brexit accelerating trends that were already underway. That's a theme we've heard a lot about Covid.

And as with Covid, you can't help feeling that it's less accelerating existing trends and more forcing the industry to address what it should have been addressing long since! These include issues like territorial rights. And in particular whether it makes sense to keep thinking of territorial rights in a digital age.

It started with a single case in Seattle. Then another in Connecticut. But the allegations that Amazon’s dominance of the ebook market are leading to less value for customers have grown into four cases. A move has now come to pool all the cases together. This would form a consolidated class action. It is likely to take up to two months for courts to decide how the case should proceed.

As if that were not enough woe for one company whose soon to be former CEO is now the former world’s richest human, another old problem refuses to go away. A BBC investigation shows that paid-for fake reviews are still a major problem for the site. Several websites have been found offering packages of up to 1000 reviews at a time.

What these two high profile stories might do is begin to erode the trust of customers in the company that purports to hold them in such high regard.

how the subscription model might be changing the industry in ways we hadn't thought and other top #selfpub news stories for #indieauthors, in one quick read, by #ALLi News Editor Dan Holloway @agnieszkasshoes #digitaleconomy… Click To Tweet