Self-publishing News: Starting to Wrap Up

To employ an irresistible seasonal pun, it is the time of year when we begin to wrap up. In the Northern Hemisphere that means putting on an extra jumper (at our end of term work party we raised environmental awareness for the cold season by having an “ugly jumper theme” and I have only just realized what a wonderful photo opportunity I missed); those who celebrate such things will be starting to coat tomorrow's landfill with dead tree (all festive spirit, me); and most important of all, every self-respecting blog or column about anything is beginning its round of of the year's best. You will be very pleased to know that my fear of being rapped (see what I did there) over the knuckles by higher editorial authorities will keep this column entirely listless. 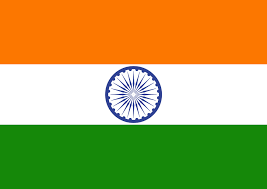 We have heard a lot recently about Amazon's investment and expansion in India. This week, with thanks for the tip to Ritesh Kala, saw the announcement that Amazon's Kindle store in India would support ebooks in five languages –  Hindi, Tamil, Marathi, Gujarati and Malayalam. If paper books remain an essential part of the game in India, the growing ebook market offers huge potential, and now the possibility of translation into these five languages brings very interesting possibilities. 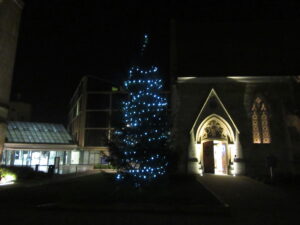 Christmas comes but once a year, but the opportunity to spend money on it does not. It does, however, cluster in a few hotspots and few are hotter than Cyber Monday, which seems actually to be not so much a Monday as a whole weekend, at least to the point where it merges with Black Friday, which begins the preceding Monday. One not so surprising fact from this year's Cyber weekend is that, at least in the US, Amazon remains by far the biggest game in town, capturing 31% of sales. A more interesting breakdown of that figure is the substantial growth in sales of cyber devices including, after a year of stories of the decline of the tablet and ereader, the Fire Tablet.

Sales dashboards have been something of a topic this week. Just over a month ago we brought you news that the merging of Createspace and KDP dashboards was in beta testing. ALLi members have heard a lot of stories this week in particular of authors noticing this feature, which suggests that the beta is expanding and will soon go fully live (thank you to David Penny for alerting me to this trend). Meanwhile, those authors lucky enough to be selling copies on Nook have reported seeing those sales disappear from their dashboards this week. Do keep an eye on your dashboard there, and when someone gets to the bottom of what is happening, we will let you know.

You know that nothing excites me quite as much as the subject of sales tax. So I'm delighted to have two pieces of news to bring you this week. First comes the news that Iowa is the latest state in the US to consider imposing sales tax on ebooks. Meanwhile, news from the European Union comes confirmation that EU law now allows member states to charge the same lower (or no) rate of VAT on ebooks as paper books. 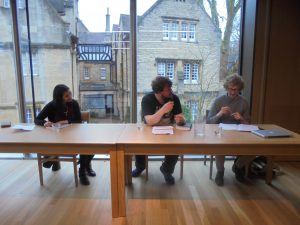 I love the possibilities digital culture offers. And as proof it needn't get in the way of “real life” this is me at a real life panel at Turl Street Arts Fair discussing digital culture.

You know by now that I like to stuff this feature full of weird and wonderful technological advances. This has been a rather strange week in the media because what I've noticed is an overwhelming number of pieces that do quite the opposite, pointing a negative finger at technology. To the extent my personal Facebook has seen the instigation of a daily “J'accuse” slot taking the technophobes to task. This is a sample of what I mean. Many of you will agree with the sentiments of the pieces. Some, like me, will not. We should all be aware of the trend. Jonathan Safran Foer has been claiming that being online diminishes us whilst this post bandwaggoning the unstoppable “hygge” trend extols the allegedly simple life, and this opinion piece urges us all to break from social media.