In this week's Self-Publishing News Special, ALLi News Editor Dan Holloway outlines how the book world is responding to racism and the Black Lives Matter movement. The infographics in the post about white allyship and fragility are the work of London based trauma-informed integrative psychotherapist and Instagrammer, Seerut K. Chawla and you can follow her infographics on Instagram here

I am delighted that ALLi suggested I run a news special this week in response to the killing of George Floyd and the Black Lives Matter (BLM) movement. Because it matters. Because black lives matter; black indie voices matter.

What better way to start than by linking to this incredibly powerful video by ALLi’s own Michael La Ronn about his own experience of being a young black man and black writer in the US. Do subscribe and follow Michael's great self-publishing advice channel, Author Level Up  and check out the fabulous set of links to black artists' work that he has provided in the video description on YouTube. 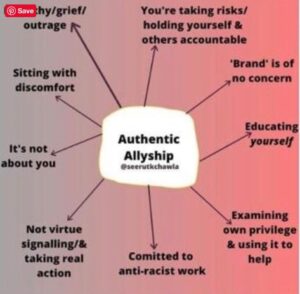 What authors have done

Inevitably, in an industry where the official wheels move very slowly, it is often writers who take the lead. Indeed, for many of us, that’s why we’re indie. And this issue has been no exception.

The Black Writers Guild has issued an open letter to publishers, calling out the immediate problem of the lack of promotion for black writers calling for an audit of books on their roster by black writers. It also calls for an end to the longer-term structural problems in publishing that derive from the lack of black staff at the most senior and commissioning levels.

For research into the figures and stories behind these campaigns, this study looks at the lack of funding for black writers in the UK. And this highlights the lack of diversity in the publishing industry. There have also been initiatives from individual writers.  We Need Diverse Books has launched two grants of $2500, funded by US author Celeste Ng, to support authors from diverse backgrounds. Black fantasy author LL McKinney started the #publishingpaidme hashtag across social media., inviting authors to disclose their advances to bring to light disparities between black and other authors. I would recommend everyone who wants to see the workings of the industry spend some time looking through the figures. 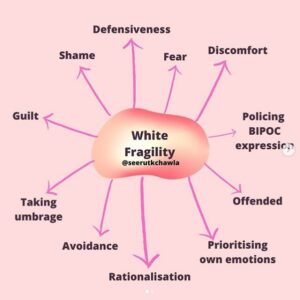 There have been more social media hashtags run by artists. On June 9th, creative artists everywhere took part in #BlackoutTuesday, putting business as usual completely on hold in order to give a platform to black artists. And this week, #BlackoutBestsellerList encourages everyone to buy and read one fiction and one non-fiction book by a black writer.

What Libraries and Bookstores Have Done

I write about Knights Of fairly regularly in this column. And that’s because they are one of the most innovative organizations in the book world. They are both publishers and booksellers, a combination that’s so obvious a good idea, it’s extraordinary they should stand out for it. Alongside Jacaranda Books they launched the campaign #inclusiveindies to support the publishing of authors from minority backgrounds. The campaign has raised over £175,000.

Bookstores, like writers, have been promoting reading lists. As many shops open their actual, physical doors, it would be wonderful to see these promoted in-store. Black-owned bookstores are already seeing a surge in demand. Mark Rubbo, managing director of Melbourne bookstore Readings, who memorably said the few copies “seven weeks ago everyone wanted jigsaw puzzles – now they want to change the world,” is donating $20,000 from its sales to the Indigenous Literacy Foundation.

You can find a list of black-owned independent bookstores all taking orders on Lithub. 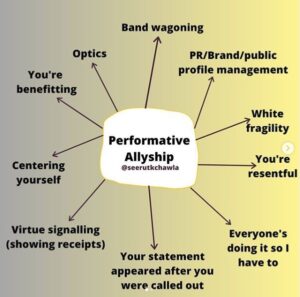 What Events Organisers & Organizations Have Done

June 22nd is Windrush Day, which honors the British Caribbean community. This year's Windrush Day Lecture is by Professor Stephen Small and will be held online. Meanwhile, Writing Our Legacy is running 6 months of events for writers of color, featuring some of the finest voices in the industry.

Meanwhile, other organizations are imploding. More than half of the US National Book Critics Circle board has resigned over the posting of an incendiary email from a board member (“I don't see any erasure… I don't think our prizes lists are too white”) was posted on Twitter by Hope Wubake. While the Poetry Foundation, the best-funded organization in the world solely devoted to poetry, was called out by a racially diverse group of more than 1,000 poets, including many critically acclaimed, social media–savvy poets like  Ocean Vuong, Eve L. Ewing and Danez Smith, for its weak statement of support for Black Lives Matter. Again, resignations have ensued.

In NYC #KidLitRally4BlackLives sponsored by The Brown Bookshelf, an online resource promoting awareness of black children’s books and their creators, aims to both empower and educate children about race and racism and provide a safe space for parent and teacher conversations. 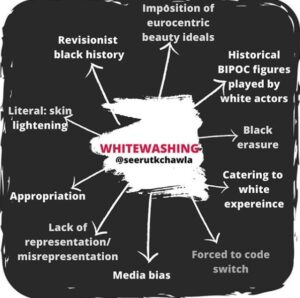 As part of a move to ensure more readers discover the works of black writers, many people have started reading lists. I thoroughly recommend this one from Pran Patel. The result in the UK has been that for the first time black British authors have topped the bestseller charts. Bernadine Evaristo is number 1 in the fiction chart for Girl Woman Other. That, of course, is the book that shared last year’s Booker Prize with Margaret Atwood’s The Testaments. That decision sparked anger, with many believing the joint award took attention away from the first-ever win by a black woman.

UK author Reni Eddo-Lodge has topped the non-fiction chart for her groundbreaking book Why I’m No Longer Talking To White People About Race. Eddo-Lodge said she doesn’t want to profit ‘every time a black person’s death goes viral’, and pledged to donate her next royalty cheque to the Minnesota Freedom Fund, which provides funds to protesters who have been arrested and need bail. She is also asking that those who buy the book match the purchase price with a donation to the organization, or borrow a copy and donate what they would have spent.

Finally, a recommendation for bloggers everywhere. Representation matters. The images you use matters. Nappy.co offers free to use beautiful high-resolution pictures of black and brown people. And that includes lots of images of people reading – both paper and electronic books.

Let us know about BLM initiatives or online events of interest to indies in the comments below.