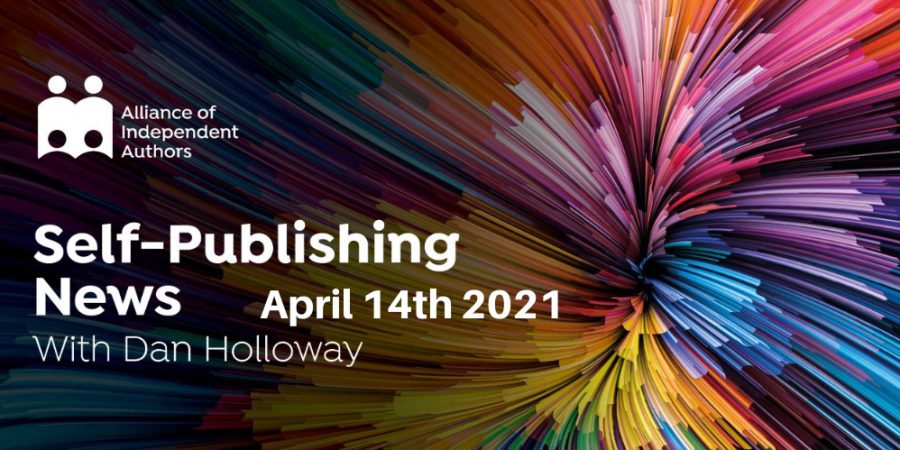 In this week’s Self-Publishing News Special, ALLi News Editor Dan Holloway takes a look at what new valuations of Patreon and Radish tell us about the size of the subscription reading market.

In last month’s Self-publishing News podcast, Howard and I talked about Amazon’s battle with libraries. We also, inevitably, discuss whether non-fungible tokens (NFTs) are an opportunity or a minefield, or both. On tonight’s #indieauthorchat with Tim Lewis, at 8pm GMT, we’ll be talking about selling books in Canada with Mark Leslie Lefebvre.

The Size of the Subscription Business: Patreon, Radish, and Scribd

Subscription platforms have been a significant part of the news in this column for several years now. Interestingly, it’s still a subject that feels underrepresented when I look at the conversations many writers are actually having about income streams. I think there are a few reasons for this. First, we think of subscription – still – as Kindle Unlimited. This is tied up with the fact we often don’t look beyond Amazon. And so the choice around sales or subscription boils down to whether or not to be part of the Kindle Unlimited programme or whether to “go wide.”

But the other main reason is that I think we still don’t quite “feel” the combination of the size of the subscription market and the direction of travel. This is despite the fact we’ve seen what Netflix and Disney Plus have done to screen media. And we’ve seen what Spotify has done to music. But somehow that seems to feel like it’s “over there.” That’s what makes the news this week of the acquisition of reading app Radish so timely. Radish is one of the most popular dedicated subscription reading apps. It specialises in serialised romance. And South Korean company Kakao have just bought it for $354m. For a reading app that does one thing that’s a lot of money. To put it in context, Simon and Schuster, one of the Big Five, a behemoth of publishing, recently sold for $2bn.

And while we’re on the subject of valuations and subscription, it’s been a big week for Patreon. After raising $90m in September, the company has just secured $155m. That values Patreon at $4bn – a figure that really puts things in context. It’s the kind of valuation we associate with the tech world not the publishing world. And it shows just how big the potential for subscription really is. It also shows that subscription is a much broader thing than just Kindle Unlimited.

Meanwhile, Storytel has hit rather than exceeding its latest targets as we are used to seeing. That among other things has led Mark Williams to speculate whether perennial player Scribd might actually have the brighter future in international markets. He points to the 100,000-strong Spanish-language titles in its catalogues, for example. His compendium of recent news about the two companies makes for very interesting reading.

Bookstores reopened in the UK this Monday. There is a lot of good will towards them and some very interesting initiatives. Waterstones, notably, have started introducing whole rooms devoted to indie presses. Not, sadly, indie authors. Change is still needed!

Against this background, a couple of very interesting stories this week about how bookstores are faring. And they confirm what we’ve seen over the past year as a whole. Print sales remain really strong. That’s the first piece of news. In the first quarter of the year they rose by 29% year on year.

The second story is equally familiar. It’s not clear if that strength is reflected in the prospects for and sales by bookstores. Speaking at the Independent Book Publishers Association, James Daunt (seriously, is there a conference he doesn’t keynote? Sign me up!) discussed the landscape. He took over at Barnes and Noble in a whirlwind of bold statements. He remains optimistic. Key to his vision is pulling bookstores away from the non-core activities that many had seen as sustaining them. And he believes there is an improvement in online selling.

For all Daunt’s optimism, as an indie looking at this week’s news what I see is a landscape of bookstores that aren’t welcoming me with open arms alongside a tech-driven subscription industry that offers ever-growing opportunities. I hope the balance changes.

Can an AI hold a Copyright?

This is something I’ve reported on before. If an artificial intelligence scripts a text, does it hold the copyright? A judge in Virginia has just ruled that this is not as far-fetched as it sounds. Of course, it may feel to us as writers that this is ridiculous. Or more pertinently that it has nothing to do with us. But as AI becomes better and better at editing or suggesting text, more of us will use it. And maybe collaborate with it. And at some point the question will arise whether we really own the full rights to everything in the resulting text.

What new valuations of Patreon and Radish tell us about the size of the subscription reading market and other top #selfpub news stories for #indieauthors, in one quick read, by #ALLi News Editor Dan Holloway @agnieszkasshoes… Click To Tweet