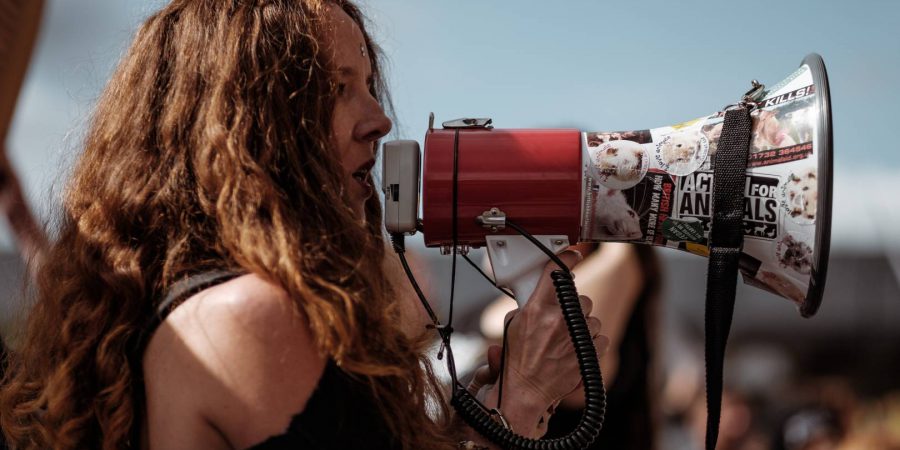 Last week I was reeling from London Book Fair. This week I am recovering from the equal but different rigours of the fabulous indie-friendly Hawkesbury Upton Literary Festival, where I had the pleasure of chairing a panel on the preservation of words. I was delighted to have my expectation of a somewhat cautious panel keen on conservation over innovation utterly confounded as we found consensus in understanding that while language is sacred, it is our duty to challenge words, their meanings, and their status. I wonder how much, as indies, we still take “because that’s how it is” as an answer rather than accepting only those answers that withstand the force of our challenge. 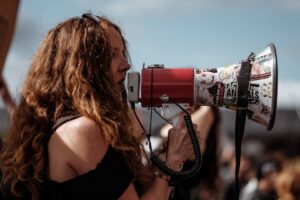 Photo by Clem Onojeghuo on Unsplash

How do readers discover books? It’s one of the oldest chestnuts in the, er, book, but it’s one we still struggle to come close to understanding. Now, Google has launched what it hopes will take us beyond reliance on metadata to help readers find the books they really want but didn’t know they want. Talk to Books, its title, is a pun based on the two innovative features. The fact it’s voice-first is, in a way, the less interesting feature. More interesting is that it is designed to let readers interrogate the books themselves. When you ask “can you tell me some good books about machine learning?” Talk to Books’ answer won’t look through the categories on Amazon or the tags that have been used, but will go inside the covers and scan the content of all the books it can access to come up with the best match. 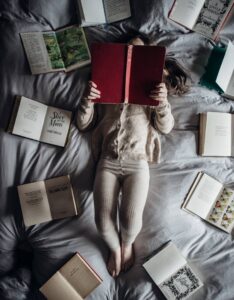 Now this is interesting in several regards. First, yay, technology! Second, this is designed to uncover books that may not be at the top of the charts or have laser-targeted keywords but nonetheless are really great books, and that has to be a plus. A corresponding negative is that there seems to be an automatic boost to traditionally-published books. That’s clearly bad for indies.

The net result is yet to be determined in practice, as has the extent to which the system can be gamed (by ask-factories, for example, functioning like click-farms to push books to the top of the list), though I wager that weighting is designed to counter gaming efforts by keyword stuffing the books rather than their metadata.

Finally, remember how so many authors were up in arms at Google’s scanning of their titles? Those authors might want to remember that pique when Google doesn’t include them in this programme…

In breaking and hugely exciting news, ALLi has just announced that it will be partnering with the newly-rebranded Digital Book World Conference this October. More to follow!

While Google is dominating, it’s also been a big week for other platforms. Amazon has launched Prime Reading in China, which could turn out to be utterly humungous. Kobo has also had a good time, with sales up over 60%, and Overdrive‘s library checkouts steadily rising, while Storytel, whose various launches we report on regularly, have now moved into the UAE. 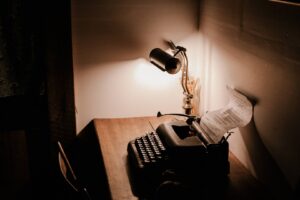 Photo by Alexa Mazzarello on Unsplash

I love the confluence of new technology and new ways of imagining the publishing business, and the last entries this week combine those. We’ll start with this fabulous open letter from the newly formed Northern Fiction Alliance, a collective of small independent presses in the UK who are taking up arms against the metropolitan powerhouses of publishing and asking for a fairer, more diverse way of doing things. It has already gone viral on social media, and it’s easy to see why: the indie spirit is in the ascendant.

Medium gets a lot of stick, but as a writer of long-form non-fiction I really like it, and its subscription and author payments model is increasingly gaining traction, as this state of play paper shows. Another really exciting tech breakthrough for freelancers this week is the launch of Outvoice, a tool designed to streamline and automate the process of sending out multiple invoices for small amounts to multiple places, the kind of bureaucracy that makes our lives a nightmare!

Do You Need a Blockchain?

The first question I thought when reading about Outvoice was “couldn’t that have been done best with a blockchain?” You may have noticed that here at ALLi we have spent no little time talking about how blockchain can change publishing. This fabulous article outlines the features of an industry that make it ripe for disruption by blockchain, and what it is that blockchain can do to achieve that disruption. If you had any remaining doubts that publishing was ready to be disrupted, this should banish them