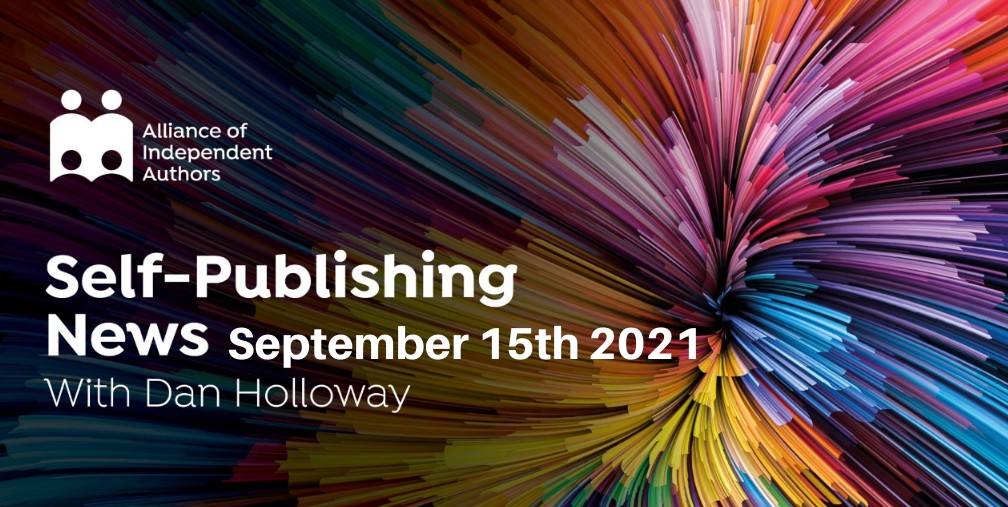 In the latest self-publishing news podcast, Howard and I talk about new features being launched on social media platforms that enable users to monetize their feeds. And on tonight's #indieauthorchat I have the pleasure of guesting. I'll be talking to Tim about what the failed attempt to ban explicit content from OnlyFans means for indies. Join us at the usual 3pm Eastern, 8pm UK time.

The email list has been an author’s treasured possession for several years now. Many of us use Mailchimp. But I have sensed a growing feeling that, for want of a better way of putting it, people were increasingly seeing it as a bit meh. But on Monday, Mailchimp announced it was being acquired by Intuit. Intuit is the financial technology company behind products like accounting software Quickbooks.

The way both sides are talking about the acquisition is really interesting.  Mailchimp talks of, “leveraging Intuit’s AI-driven expert platform to deliver even better products and services to small businesses.”

Intuit says, “Adding Mailchimp furthers our vision to provide an end-to-end customer growth platform to help our customers grow and run their businesses, putting the power of data in their hands to thrive.”

It's very clear that both sides see this as a way to provide an all-in-one customer discovery service to small businesses. And that's definitely worth watching.

You know the indie world is properly established when you start celebrating anniversaries. The first big one was the 10 year anniversary of the Kindle. This week marks a very special anniversary for indie authors. Joanna Penn, who has led the way for many of us for as long as we’ve been indies celebrated 10 years since packing in the day job this week. But what’s really interesting is her highly informative reflection on that decade. I would urge you all to go and read it. And follow her everywhere you can. For me the most important takeaway was this point:

You can keep a mature author business going with just a few consistent actions.

I think that's something we can often forget. And we can end up overwhelmed and doing nothing because we feel we can't do everything.

We live in a world where we do so much on our smartphones and tablets that it would be easy to think purpose built ereaders have had their day. But a steady stream of new hardware nonetheless drips onto the market. This week saw Amazon launch its first software update for Kindle in some time. It doesn’t feel like much. A two tab bar at the bottom of the screen to allow readers to navigate to their library and home page. But it’s the start of a wider programme of updates to the home and library areas.

What this suggests is that, as far as Amazon is concerned at least, the specialised ereader has at least a medium term future ahead of it. Something that may not be so lucky is Kindle Vella. This was Amazon’s planned programme to enable authors to release books in paid chunks. It was an attempt to combine serialisation with ebooks. When all the chapters were released, you could bundle them together and issue them as a single book. That was the plan, anyway. But the rumour mills on KindleBoards suggest that Kindle Vella may never see the light of day.

In March, small bookstores brought an antitrust case against Amazon. It is not the only legal proceedings Amazon face. They are also under investigation, for example, by the legislature of DC. But the bookseller case is the one that has the real “You’ve Got Mail” vibe to it. Booksellers argued, initially, that Amazon and publishers had a most favoured nation clause in their contracts. That would have enabled Amazon always to get the best deal on offer, even if other retailers couldn’t. Which would be fairly clearly anti-competitive.

Only it seems that no such clause existed. So the case pivoted to argue, essentially, that Amazon was using its size to hold publishers over a barrel and make them give favourable terms. In essence, that changed the claim from one of collusion between Amazon and publishing to an antitrust claim about Amazon’s monopoly status. This week, Amazon has moved to dismiss the case. Their reasoning, underneath the bluster, is that this pivot shows the bookstores are basically fishing – trying this to see if any of this sticks.

And this comes as Apple found itself on the receiving end of a similar case. Epic Games won a ruling last week that Apple could not block them from external links. The courts didn't rule that Apple was a monopoly, however, and Epic are appealing on that basis. The implication for Amazon will be huge.