This is the time of year when the lists, like the leaves two months ago, begin to turn. Already the best of what has been is beginning to fade, and the best of what is to come. As I did with lists, I will avoid personalised prognostications. But I couldn't help noticing that this week's news stories carry with them a whiff of the future.

Opening Up: Young Writer of the Year 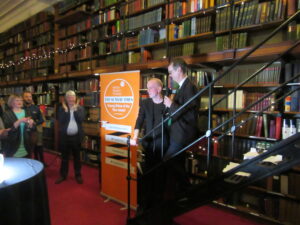 Shortlisted author Andrew McMillan at this year's awards. Could it be you next year?

As you are probably aware, ALLi's Opening Up to Indie Authors campaign is one of my big passions (talking of which, if you haven't, do go and sign the open up petition), and my particular passion is prizes. Which is why I was so thrilled to be invited to this week's award ceremony for the 2016 Peters Fraser Dunlop Young Writer of the Year, a prize whose alumni reads like a Who's Who of the literary superstardom. After a 6 year hiatus, the award was resurrected last year and one of the things Peters Fraser Dunlop are truly passionate about is getting self-publishers (you need to be a UK/Ireland citizen between 18 and 35) to enter the prize. Entries for next year open in May 2017, and you will hear much more from me before then but please, if you are eligible or know someone who is eligible, take this opportunity. There have been very few self-published entries in the first two years. We want prizes to open up, and this one has – let's go through the door!

I have spent much of the year covering what may feel like Amazon being borne ceaselessly into the past in opening bricks and mortar stores, but its latest shop is most definitely a store of the future. At the moment, Amazon Go is open only to staff members (I guess that's the IRL equivalent of being in beta), but looks like it will open to the public in the new year in the US, with the UK to follow, and when it does it will do so without shop floor staff. The really interesting thing about this though is not so much the lack of staff as the lack of checkouts – you and what you have with you are scanned when you leave the store, and the cost of the items that leave with you are automatically charged via an app.

It's not often we feature Lulu here, but this caught my eye. Academic publishing comes under a lot of scrutiny for its absurd pricing and pay to play tendencies, so it was interesting to read of Lulu's entry into academic publishing. Goodereader's notional tagline might be “never knowingly unhyperbolic” but still the claim that this could be a disrupter is interesting. It's certainly good that Glasstree, as it's called, will see academics on the right side of Yog's Law as well as benefitting students, but I'm still scratching my head to see what it brings to the table that uniquely fits it to academic publishing. 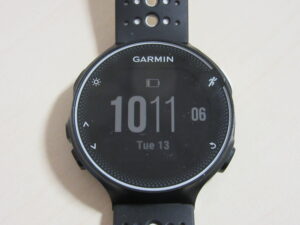 Bringing a book out over the holidays? Timing matters!

Many thanks to ALLi author Karl Drinkwater for passing on this information from Pronoun regarding the schedules of many of the platforms we all use for our ebooks – well worth bearing in mind when scheduling those last ditch attempts to capture eager festive eyeballs:

A Survey and a strike against vanity publishing

Writer Beware has issued an update on Tate Publishing, whose dubious practices have seen it on the site's thumbs down list since the dawn of time. Tate is facing a whole raft of lawsuits and investigation into its employment practices. The curtain may be coming down. Meanwhile Bowker has published its annual digital publishing survey which makes for very interesting reading, especially about how people go about ensuring the quality of their ebooks.