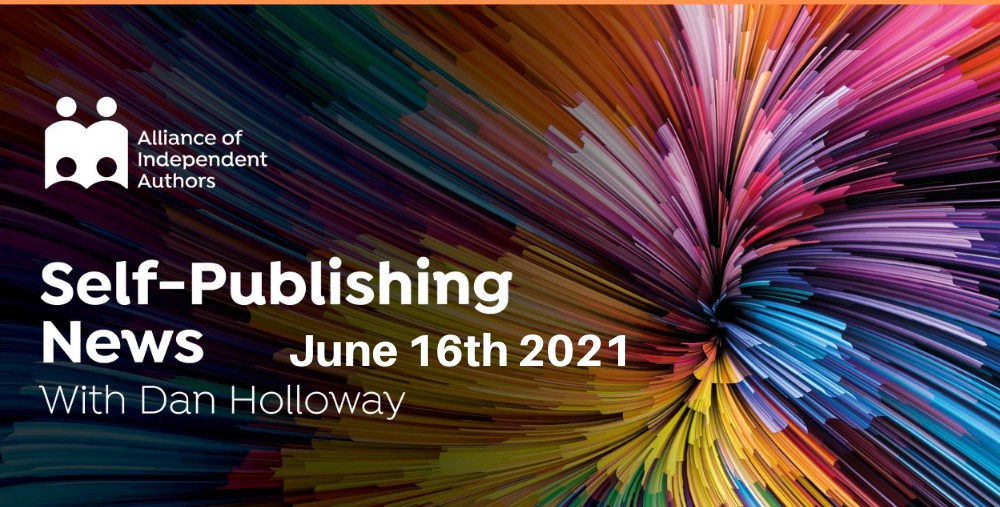 In this month’s self-publishing news podcast, Howard and I look in depth at what the partnership between Spotify and Storytel means for the future of reading and writing, and examine new platforms that allow authors to engage with readers more closely. And this comes as ALLi launches a book on podcasting for indie authors which you can read about and order here.

It’s not often copyright law is the big story two weeks in a row, but these are strange times. Last week, the European Union published official guidance on its Copyright Directive. This coincided with the June 7th deadline for EU member states to enact legislation to embed the directive in national law. It turns out that only 3 countries have actually managed to meet that deadline.

This has led to a desperate call from writers’ groups across Europe to, in polite terms, get a move on. They warn that Covid has accelerated the trend towards streaming content, something this column has commented on frequently. And as a result, the protections for content creators the Directive provides are more needed than ever. Last week I outlined what the Copyright Directive means for indie authors. The key point being raised here is the requirement for hosting platforms to ensure content creators are given control over and compensation for their content. As streaming continues to grow, this need will be more and more urgent. And as streaming literature is one of the fastest growing parts of the streaming culture revolution, writers are among those who need it the most.

It really is a week where my favourite subjects are at the fore. Following copyright law we have not one but two big stories about libraries both of which will affect indies.

First up, there is more news from the US courts about libraries having access to ebooks. New York has followed Maryland in pursuing legislation to give libraries automatic access to ebooks. This series of legal actions follows the protracted dispute between libraries and publishers over the lending of ebooks. Publishers increasingly felt that library lends were squeezing sales of ebooks. And the lower returns publishers see on those lends led them to start pushing the terms on which they offered ebooks to libraries. In the case of Amazon, this meant not offering them at all.

Several things changed this direction. First, libraries got their PR machine together and the industry as well as the public started to realise that making libraries out to be the bad guys was a really poor look. Second the pandemic cemented the central role of libraries in people’s reading lives. Third, the expansion of per-lend payments to authors from physical books to ebooks took away one prong of publishers’ argument. And finally, it turns out that evidence for the cannibalization of sales by library lends is really hard to find. Almost as if it weren’t a thing at all.

Libraries have pushed back at publishers restricting access to ebooks by taking to the courts. First in Maryland, and now in New York, courts have ruled that where publishers make ebooks available to the public, they have to make them available to libraries on terms that are reasonable. That could have some fairly big implications for any of us whose ebooks are currently not available to libraries because Amazon, for example, restricts access. It is likely at some point that these state by state actions will become national. All the time, our potential markets grow.

Of course many of us already have our books available to libraries through Overdrive. Overdrive has been in the news this week after acquiring the digital education platform Kanopy. Kanopy makes materials available to schools and libraries in multiple digital formats, with an emphasis on video. It’s another demonstration of the growing market for educationally valuable materials produced outside the “usual channels”. And as such it’s something we should be watching.

Spark Notes and Course Hero: A Reminder That Textbooks Are a Thing

Overdrive’s potential expansion into educational publishing segues nicely into the next story. Many of us will have used Spark Notes at some point in our lives. The company that provides essential synopses of literary texts and course subjects has just sold its subsidiary LitCharts for an undisclosed sum. The buyers are Course Hero, which recently raised $80m.

What this highlights is the potential in the educational publishing marketplace. It’s something I try to raise the profile of whenever I can. Many of us in the indie world could benefit from this expanding market, but few of us consider it in the depth we might.