It is a week since my office burned down as I write this, and our whole faculty is currently working from a basement, which makes us feel rather like MI6 in Skyfall. One of the things that has amazed me is that, despite having to start essentially from scratch – even having to figure out, when speaking to the electricians and saying “let me just write that down”, where to go to ask for a notebook – within a day or so we have a fully functioning faculty again, thanks to everyone sharing their knowledge and their skills. It has shown just how effective you can be if you function as a collective. 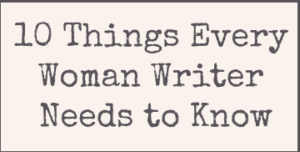 Which brings me to… At ALLi we know how effectively collectives can function for indie writers. There are many examples, most notably the powerhouse of Triskele. And we are also committed to establishing the greatest possible diversity of voices within indiedom. So the announcement of a new call for a collective space for women writers, especially self-publishers, was of particular interest. Laurie Garrison has built the project around the #women_writers hashtag on twitter, designed as a space for women writers to share best practice in every stage of the self-publishing process. You can find out the full story on her website.

It's been a few weeks since we heard from Wattpad, but their latest may be the most mouthwatering yet. Wattpad has launched in beta a revenue generating scheme for authors. Initially for invited participants, the scheme will place paying ads between the chapters uploaded to Wattpad, and will pay authors per reader view. This comes as Russian site Lit Era announces a subscription alternative to Wattpad similarly designed to provide income streams for authors. Initial figures are promising, but look to be based on the performance of 4 authors, so Wattpad can probably sleep easy for a while.

Where is the watercooler 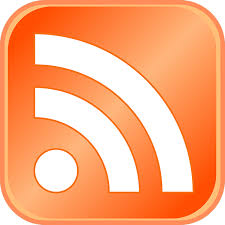 With latest figures showing we now get 40% of all our news through Facebook, a key problem for indies looking to make their books the latest watercooler phenomenon is figuring out just where the watercooler is these days! This call for content providers to build on the archetypal open source content gathering platform of RSS makes interesting reading. And for those who really want to tap into that must-be-part-of gossip phenomenon for their work, it should be read alongside this analysis of the reasons why people actually buy books.

If you build it

One of the great things about being indie is that if you have a great idea based on your analysis of the points made in the last item, you don’t have to figure out what to do with it – you just make it. Rather like Aaron Safronoff, who has launched his own enhanced ebook startup Neoglyphic.

We have heard a lot recently about the demise of the tablet market as more and more readers are either, we are told, returning to print or digesting content through their smartphones. Which makes the news that e-ink, behind the tech that makes e-readers actually possible, has just posted its first profit in a long while (thanks to orders for the new Kobo aura and new Kindle Paperwhite) very interesting. On a similar note, this new epaper sign for museums shows the kind of innovative use the tech can be put to.

The internet is a breeding ground for new linguistics possibilities, the kind that excite and the kind that send some into a hyperventilating decline. Which of those two you will find Kyle MacLachlan’s retelling of Dune in a single tweet through the language of emoji could fall anywhere on that spectrum. But fear not, if the very thought of such linguistic mutilation sends you gasping, you can relax safe in the knowledge that some of the old ways go from strength to strength, as illustrated in this beautiful video from Ryan Couldrey of Tanja Tiziana doing calligraphy.