When I was a teenager, one of the most wonderful things about starting my degree course was getting a store card at the world famous Blackwell's book shop, with £300 of credit on it. Of course, I had finished my instant purchases before it occurred to me that I'd have to pay it back. Italians turning 18 this year, however, will not have to pay back the 500 Euros the government is giving them to spend on books as a birthday present.

Ads: Now You See Them

So, recently we brought you news of Facebook’s war with adblocker. Which has subsequently plus-sized itself as each side attempts more blows and parries than an Olympic fencing bout. Well, now it’s the turn of Google to get involved, down-rating sites with interstitial pop-ups. Although a lot of pop-ups will not be affected by this present action, this is clearly a trend to watch for anyone who wants to keep right on top of their marketing and mail list building. 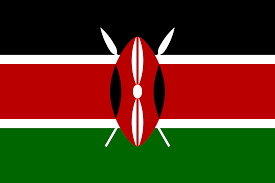 A couple of weeks ago, we encouraged you to take part in the (still ongoing) EU consultation around VAT on ebooks. It was interesting to see that the Society of Authors has also run this (after ALLi, natch), and particularly interesting to see that they have suggested answers that authors might give, which hadn’t occurred to me to do – I wonder if that’s a fundamental difference with indies… Anyway, the VAT story continues to develop, with Kenyan publishers calling for their government to zero rate books.

Amazon has just announced that it is to partner with charity Worldreader to bring ereaders and through them the joy of reading to some of the parts of the world with the poorest access to the books. If you are interested in being part of Worldreader’s great initiative, self-publishers can upload their book direct in several formats, and start transforming lives today.

Also in Amazonia and Nookland, and developments from Smashwords

Amazon’s advance continues apace, with news now that it has just overtaken Flipkart as India’s largest online retailer. Meanwhile, like the bad guy from instalment seven of an eighties horror franchise, the Nook is the ereader that simply will not die, though as this story shows, it remains perpetually on the edge. One platform that always tries to be on the edge, but in a good way, is Smashwords, and now they have announced they are introducing alerts for readers to let them know when their favourite authors have new books out. The announcement also contains details of a consultation for you to let them know what you'd like to see next. Smashwords are great at reaching out to authors – take the chance to reach back.

I love a good hashtag campaign, and this week sees a particularly good example with Sarah MacIntyre's #picturesmeanbusiness campaign, which seeks proper reward and recognition for illustrators, without whom many of us would have nothing to show. It's a reminder to us all that we are not the only creatives in the industry, and with many illustrators are fellow indies, we should be making completely sure we treat them right. 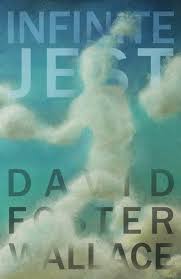 Literary fiction readers get all the feels? You're having an infinite jest, aren't you?

Not commenting on this. Let me, as they say, just leave it with you. A new study shows readers of literary fiction have more empathy than their genre-hungry counterparts. There we go, have a nice week.