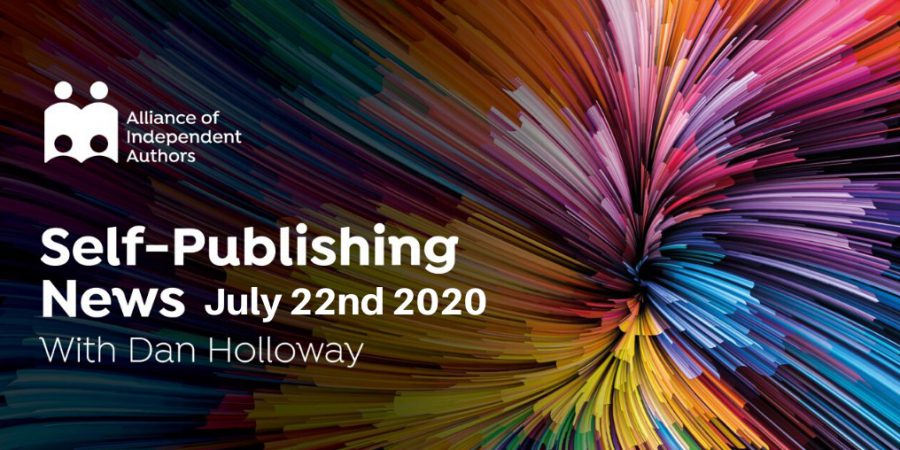 The write-up of last week's #indieauthorchat on twitter looks at avoiding vanity presses. Tonight's edition (8pm UK time, 3pm Eastern, Noon Pacific) is on generating book ideas (editor's note: my problem has always been narrowing down from a gazillion ideas).

New from Kobo and Bookbub

Two very interesting new platform developments this week. First up, comes a new toy from Bookbub. A featured deal with Bookbub is often seen as a holy grail for authors. They are difficult to come by, though. Easier to manage are Bookbub adverts – still aimed at their mailing lists of devoted readers but without their imprimatur. Now they have a feature that allows authors taking out adverts to improve their targeting. “Related authors” will pre-populate your targeting with authors whose books your readers may like once you list one potential author. These will be generated by their algorithm of what people actually buy and read not just what you imagine, which could make this invaluable.

And Kobo has also launched something new. A streaming unlimited digital books platform is coming to its native Canada. We talk about streaming and subscription as the future of reading a lot on these pages. So watch how this goes.

We know that the creative industries have struggled immensely from the impact of Covid-19. In particular, theatres, music, cinema, and others that rely on live performances have been badly hit. Writers have also suffered. In particular, those with book launches scheduled in this period have found festivals and in-store events cancelled. These can often mean sizeable sales and also publicity. The publishing industry will receive some of the European Union's multi billion Euro Covid help package for industry. As we know, indies are a key part of that industry landscape. But we are too often forgotten. Let's hope we aren't forgotten here.

Last week, I talked about the Harpers letter about “cancel culture”. It’s a term anyone who writes has been unable to avoid recently. And this week sees two very interesting contributions to the news bank on the subject. First there is news that J K Rowling's sales seem to have taken a nosedive in response to controversy over her comments on transgender issues. When it's how fans choose to use their wallets, there's a different key question: what is cancel culture, and what's capitalism?

Next is the Authors Guild's support for an anti-SLAPP statute in the US. SLAPP stands for State Legislation Against Public Participation. Anti-SLAPP legislation is exactly what you would imagine. It is designed to protect people against large vested interests taking out injunctions to stop you speaking about them. The Authors Guild has officially supported the move to create more anti-SLAPP legislation, protecting those of us who may choose to write legitimately about individuals or corporations with a vested interest in our not doing so.

(Breaking: since going to press, The Cleaner has lost its top 10 position following a decision from Nielsen to reclassify the sales: more here)

It’s not often a literary story – especially an indie-related story – crosses over into the mainstream. But this week I’ve had friends who would never normally show interest in our corner of the cultural world sharing news about an indie icon. We all know Mark Dawson. His presence on the Kindle stand at book fairs is as reliable as azaleas at the US Masters. And his Self-publishing Formula courses are the starting point for many an indie’s business plan.  This week he’s been in the news provoking a very interesting question. How far is too far in the quest for a chart position? Are there any practices which, while legitimate, are “just not on”?

The story, if you haven’t read it so far, involves Mark’s purchase of around 400 copies of his own book, The Cleaner, published by Welbeck, which enabled the book to reach high profile Top 10 hardback lists. Dawson, realising his book was just outside the top 10, sent an email to fans asking if they would like him to buy a copy and then sell it on to them. Dawson has attracted criticism in a widely shared Guardian article which pointed out that this kind of up-front expense was not something many authors could afford. On the other hand, publishers pay money for things that get their books in the charts as a matter of routine.

The history of indie publishing is littered with practices that have been within the rules but have raised eyebrows – for example the use of extremely long and stuffed-with-metadata subtitles. And I can see the attraction of getting a new book, doubtless signed, from a favourite author.

You can read the full statement from Welbeck, Dawson’s publishers, on Mark’s Facebook page. They fully support their author and definitely see this as a case of an author helping fans. Nielsen has issued a statement to say the sales will be withdrawn from their counts and the charts corrected. Having “spoken at length to all those involved” they “believe it to be an innocent error”.

I recommend you listen to the full Self-publishing Formula podcast in which Mark talks about this.

For full disclosure, Mark Dawson’s Self-publishing Formula (SPF) which educates authors about advertising and promotion techniques, is an approved ALLi partner member and the two organizations enjoy a mutually supportive relationship. ALLi is currently investigating whether the activity is contrary to our Member  Code of Standards. Also for full disclosure, I have in the past been critical of some of the content of SPF courses.

If you found the reporting of this story ambivalent or fence-sitting, I have done my job.