I have been catching up with the latest news on the fly having had a couple of days out researching the latest edition of “shoehorning my life into an ill-fitting metaphor for the indie author's world.” I only had two nights away (hey, I'm a poet, holidays are what happen to other people) but they were great, and very different. We spent a night away lounging in the grounds of a beautiful country house hotel. And a second night in a tiny room on the bustling seafront of my favourite city, Brighton. It's one of the great things about life that two experiences can be equally enjoyable and yet as different as, say, high fantasy and police procedural. Rather like indie literature, in fact.

Copyright – and a very useful tool 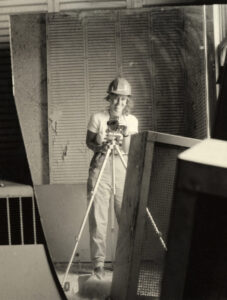 Well, it wouldn't be the news without a paragraph on copyright, would it? And this week it really is the big news. I have several items on the subject, so what better place to start than this excellent round-up of what's been happening so far this year. OK, so now you're caught up on what's been happening around the world, here's the big one. Carol Highsmith might be a photographer not a writer, but this story affects us all. Highsmith chose to give over 18,000 of her photographs to the public domain. It was only when she used one of them on her website that she realised something was wrong – Getty Images slapped a violation notice on her and demanded $120. You can read the full text (including maths) of her $1billion (you read that right) lawsuit on the linked article. This affects – anyone who uses images, anyone who produces images, and anyone pretty much who produces any content – it's not just the torrenting sites to keep an eye on. But when your work *does* appear on a search somewhere you're not expecting and haven't authorised, this fabulous site, Blasty (thanks to Henry Hyde for the link), offers a one click expedited action to get the link taken down from Google (this isn't a cease and desist for the site, but it is a great way of choking off the oxygen). All of which means that this fascinating lawsuit that seeks to overturn a ban on the breaking of DRM on created content is just the last of many fascinating reads.

That was all rather heavy. This piece is really rather fun. And very informative. It contains a series of interactive graphs showing the changing state of self-publishing in Germany in the past 4 years. The information is pulled from a survey of over 1000 self-published authors.

As indies celebrate more commercial success with Vi Keeland's Bossman topping the New York Times Ebook bestsellers list, this nicely detailed piece in Quartz charts the massive successes of women in self-publishing. There's lots of information here, as well as a lot of reasons for indies to celebrate.

Very interesting news for those in the UK and Ireland is that Nielsen, who supply ISBNs are launching a one stop store for self-publishers. No news as yet on any actual change in price, but sign up here to keep abreast of developments including the imminent launch. The store will offer enhanced services and marketing options as well as single and multiple ISBN purchases. Meanwhile this very interesting piece in the Wall Street Journal highlights the rise of the audiobook, which it claims is the fastest-growing format going. Figures take us up to the end of 2015 so while as up to date as you will get in most places, they have yet to encounter the consequences of the recent announcements we have brought you about the rise of audiobook subscription and streaming services. 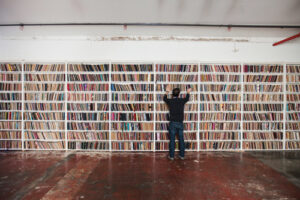 It wouldn't be right to go the week without a tech story. This week what caught the eye was not future-gazing but a fascinating piece of history. This article gives a wonderful account of the birth of e-ink, the invention that, possibly more than any other, enabled the indie revolution. And while we're on the subject of Things We Love, how many of our bucket lists will just have expanded thanks to this announcement that Moleskine, every writer's temptation of choice, have just opened a cafe in Milan. And on the subject of Moleskine and self-publishing, I have long been a supporter of Brooklyn Art Museum's Sketchbook Project, which supports a very special kind of self-publishing – follow the details here and submit your completed Moleskine to a cultural archive of real life and digitised wonderfulness that will last for generations.