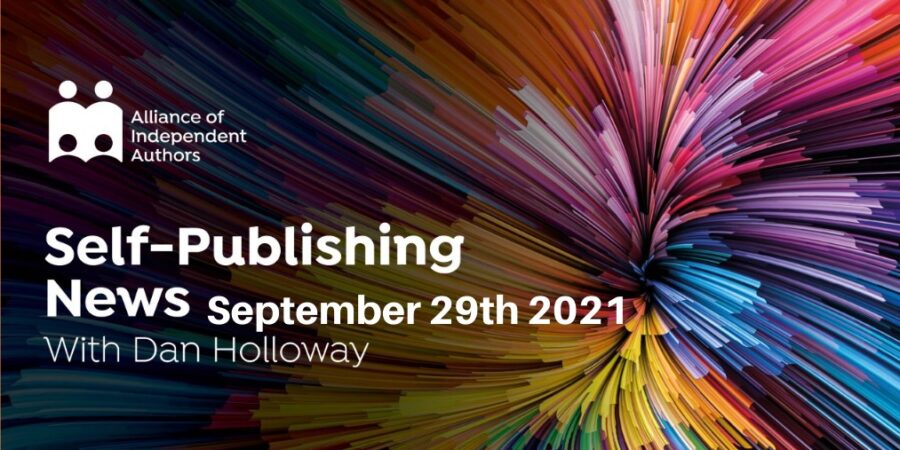 On tonight’s #indieauthorchat  at the usual 3pm Eastern, 8pm UK time, Tim will be joined by Phil Simon to talk about how authors can collaborate.

Last week we looked at the partnership between Ingram and DeepZen. The two companies are working together to use artificial intelligence to automate the process of narrating audiobooks. You’ll be able to hear even more about that on the latest ALLi podcast. But it is clearly the tip of an emerging iceberg. This week we have another entry into the same space.

The latest entrant is Speechki, who have a stall at Frankfurter Buchmesse. You can read more about it in that link to Publishing Perspectives, but the platform will offer 251 “voices” in 72 languages. It does not look as though it will be open to indies yet, unlike Ingram and DeepZen’s joint venture. But it is worth for a moment stepping back and considering what the trend might mean.

We hear a lot about automation taking jobs. And as creatives, we tend to think that couldn’t possibly mean us. But where do voice actors fit into that? AI narration is clearly getting more and more realistic very quickly. Is that a leap into the creative process? We certainly thought for many years of stalled attempts that it wouldn’t happen – and now it is happening. On the other hand, the prospect of realistic automated narrators potentially brings the price of narration down by an order of magnitude for indies on a limited budget. I’d love to know your thoughts. And I certainly think we should be having the debate.

It’s a week of fascinating follow-ups to recent stories. These are two that caught my eye.

First up is a new project from Intuit. Intuit are a large company that work to assist small businesses in the digital space, and wouldn’t normally feature here. Except that they recently took over Mailchimp, with the aim of offering a complete package for small businesses (like us) to help with customer discovery and engagement. Intuit Ventures will seek out and fund innovative projects that could make life online for small businesses better. For the many people I know who had started leaving Mailchimp, these developments may be enough for them to stick around and see what happens.

And Patreon has followed Only Fans in tackling the question of adult content and its payment providers’ terms. Patreon works with Mastercard, and its latest newsletter has assured creators that it is putting steps in place to ensure the platform satisfies Mastercard’s verification requirements and no legitimate creators get banned. What’s really interesting though is that its blog suggests Patreon may be developing a blockchain token for paying some of its creators. Its creators moving to cryptocurrencies was one of the things Only Fans had feared before reversing its own ban. Patreon may be tackling the threat by offering its own cryptocurrency. This is the kind of model used by the blockchain blogging platform Steemit.

The cost of ebooks to libraries has been a rumbling issue for a couple of years. This week the US Senate Finance Committee stepped in. The Committee, chaired by long term digital inclusion campaigner Ron Wyden, has demanded information from the largest publishers over the way they make books available to libraries. It comes as figures show the huge budgeting disparities schools have to make to provide electronic as opposed to physical copies of texts for their students. The pandemic has, the Committee says, widened the digital divide when it comes to books.

The letter the Committee sent to publishers asks them a lot of questions about profits and terms of licenses. It doesn’t directly ask them about the elephant in the room but it is clearly there: is there evidence that  library lends eat in to publishers’ sales. I had the pleasure of speaking to Guy LeCharles Gonzalez, former project lead for the Panorama Project and current chief content officer for LibraryPass, about this. His insight was very helpful:

The relatively narrow scope the Senators have chosen to define suggests they’ve done their homework and aren’t simply on a fishing expedition like the Internet Archive was. At this point, non-compliance would be a strong indicator that publishers either don’t have any hard data proving libraries have a negative impact on consumer sales, or more realistically, it’s purely anecdotal—limited to a relative handful of bestsellers whose contracts heavily weigh print sales at a time when many avid readers are shifting their borrowing preferences to digital formats.

It’s that time of year. Or, rather, one of those times of year. October 23rd is the latest instalment of ALLi’s SelfPubCon. This coincides with the latest Frankfurt Buchmesse. As per usual, this will feature 24 hours of online content in one hour sessions. And everything is tailored specifically to the needs of indie authors. I’m particularly looking forward to the session on writing compelling email newsletters by Nick Stephenson, who has a hugely successful course on the subject. There are also lots of really great sessions on writing craft. Mark Leslie Lefebvre and Matty Dalrymple talking about the art of writing short books stands out for me. You can peruse the whole line up here.

You can sign up for free to access the content as it happens live and for a total of 3 days. If you become an ALLi member, you will have unlimited access to all these sessions and the sessions from every other SelfPubCon for as long as you are a member.