I think it's probably fair to say that not many of us will miss 2016 when it's gone. All else aside, a year that started with Bowie and is probably nowhere near finished with Leonard Cohen has taken far too many of our indie icons, voices who told us it was OK to be different, OK to do our own thing.

If we take one thing from this year, it is surely that it is our task to carry that torch,  and to strive with every fibre to inspire the next generation to turn their back on convention, received wisdom, common practice, any sniff of the centre of the bell curve the way they inspired us. If we call ourselves indie, that is not an aspiration, nor a whimsical ideal, but a duty that is at once solemn and joyful. 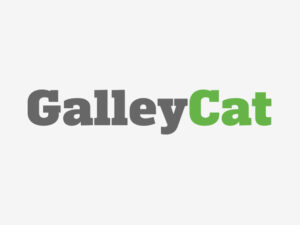 Such solemnity was prompted mainly by the fact that this week we said goodbye to one of the great literary resources of the digital age. For the last decade GalleyCat has been a wonderful source of news for all things bookish. Rather delightfully, their last post (save the one that says goodbye) is a Harry Potter Infographic.

One of the things I enjoyed most about GalleyCat was their weekly inclusion of the bestsellers list from Indiebound, the independent bookstores' charts. They were also the best source of infographics around, and I LOVE infographics. We will miss them and wish Dianna and Maryann well.

Self-published Books on the Underground 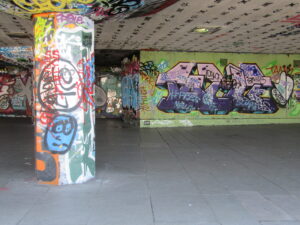 Books on the Underground is one of the many ways art can transform our cities for the better.

Books on the Underground is a fabulous project, similar in many ways to BookCrossing, in which avid readers known as “book fairies” distribute books on underground trains in the UK, US, Australia and China.

The organizers of the project, which has been running since 2012 and has attracted the support of the likes of Emma Watson, arrange which books are to be distributed, making it a little more planned and a little less anarchic than Book Crossing. And this week, for the first time, on December 14th, they devoted a day to self-published books, featuring more than 60 titles, something they intend to repeat. A great “opening up” story. You can enquire about getting involved in future Indie Author Days on the Books on the Underground website. 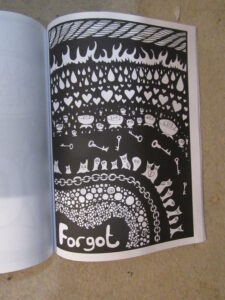 Clarity at last for colouring books: this is from Sarah Snell-Pym's wonderful “A Stranger Dream”

Sales tax has been a constant theme this year, and it's nice to see the year refusing to let go without one more story (who knows what next week will bring, mind?) with the announcement that UK Revenue and Customs has reviewed its earlier decision on the eligibility of colouring books for VAT. The debate had centred largely on whether a colouring book was, in fact, a book or something more like a notebook – which *is* taxable. This decision means that only books explicitly marketed to adults will have VAT levied on them.

A lot of writers, including me, use WordPress for their websites. That makes the announcement by Wordfence, which monitors WordPress security and offers a free security plugin for users, that the number of brute force attacks on WordPress sites has increased dramatically in the past week or so somewhat worrying. It is not this column's place to go promoting products, even free ones, but do go and read this post.

November saw another rise in the Kindle Unlimited pool to $16.3m. Kindle Unlimited might not be without its problems, but that is certainly welcome. Less expected is good news in the same breath as Authorhouse – in this case the good news is that their less than salubrious package pricing strategy has earned them a place in the mainstream media courtesy of Mirror journalist Andrew Penman, the paper's scambuster. The really interesting bit comes at the bottom, where he invites others to step forward with stories of encounters with vanity publishers. Details of how to contact him here.

Help us Spread the word by pinning this image

Another great post about Opening Up to Indie Authors

Who's Opening Up To Indie? ALLi Campaign Update