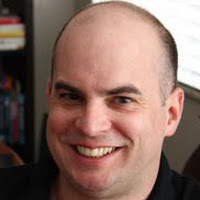 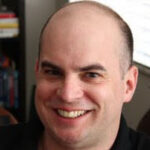 It’s still a rarity to see someone on a bus in Australia with an e-reader, even an iPad, says ALLi Advisor, Steven Lewis (Taleist).  And self-publishing down under is largely focussed on Amazon.

Australian readers are now aware of the digital revolution. Our booksellers are screaming loudly and not a weekend newspaper supplement appears without an article about the rise of the ebook. So our authors are well aware of the opportunities that self-publishing brings.

Australia has yet, however, to produce a John Locke or Amanda Hocking of its own. The closest we’ve come is our part in the 50 Shades sensation: the ebook was financed and published by an Australian micro-publisher before London-based EL James went to Random House.

Australian publishers are cagey about reporting about ebook sales, so figures have to be taken with a grain of salt. Australian Bookseller and Publisher reported earlier this year that publishers in Australia expected ebooks to make up 10 to 12 per cent of sales by the end of 2012.

Jon Page, an independent bookseller and president of the Australian Booksellers Association, says print sales are down only 20 per cent in Australia and that it’s made up for in digital sales. That’s good news/bad news, of course: we’re not reading less, but we are paying less for our books. Page is adamant that the situation in Australia is not comparable to the “sickness of the UK book market”.

Anna Maguire of digital publishing consultancy Digireado agrees that Australia is in a different situation. “We have a unique market because of our large independent book-selling scene,” she says. “Our indie booksellers are thriving, at least compared to other countries, particularly the US and the UK. Indie booksellers make up 20 per cent of the market here.”

Her estimates put the number of e-readers owned in Australia at 700,000. To that total should be added the estimated three million iPads in the country but, as we know, the iPad is not primarily a book reading device, so its numbers are less relevant to authors and publishers.

Like their counterparts internationally, Australian publishers are struggling to make e-books pay. One publisher known for its luscious cookbooks experimented with offering cutdown recipe books by celebrity chefs free to the iPads of readers of Sunday newspapers. The response was enthusiastic but the number of readers “converting” (paying for the full ebook) was, an insider told me, abysmal.

Nonetheless, they persevere. Maguire, who works with mainstream publishers as part of her consultancy, says they’re changing their production workflows. They’re using content management tools that allow them to work with a manuscript in a single system that can output books in multiple formats, including digital. They are not, however, showing keen interest in working with self-publishers, perhaps because there hasn’t been a Hocking or Locke to make an offer to. Yet. That said, more of them are opening themselves up to unsolicited manuscripts.

Booksellers, similarly, are not easily accessible to self-publishers. They are experimenting with bringing ebook sales to in-store or website customers through local ebook platforms like Read Cloud and Book.ish, but these aren’t easy for self-publishers to access.

One of our surviving chains, Dymocks, came up with its own self-publishing platform, but its contracts were violently skewed in the retailer’s favour, which attracted bad press and rightly put authors off. Dymocks more than anyone had a carrot to hold out — that franchisees might stock physical copies of the book — but the offer was made in a way so airy as to be meaningless.

Of course we have print-on-demand (POD) publishers here, and some of the printers who work with mainstream publishers will also work with self-publishers on a print run, but the issue is distribution. Readers don’t know to go to print-on-demand sites, so there is no traffic there; and even less traffic comes to the authors’ own sites to order POD books.

To get physical books into bookshops, authors must go through a distributor and most won’t work with self-publishers. Even those who will don’t want to publicise the fact. It is a hard truth that self-publishing authors are often their own worst enemy. Their books are their babies, which makes them demanding customers. And a demanding customer with a small budget and slim chances of high sales, is the worst kind of customer for a book distributor.

Steven Lewis is a journalist, writer, publisher and founder of Taleist