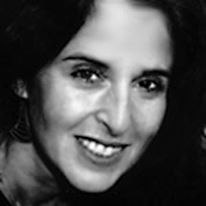 Opinion: How to Despatch the Doubt Demons

We've all heard of writer's block, but what about writer's doubt? What can we do about those questions and criticisms that beset you after you've written those glorious words, ‘The End'”?

As an editor, mentor and creative writing tutor, Debi Alper is well aware of the power of what she terms “the doubt demons” can have to quash the confidence of writers. Her imagined conversation with her own Doubt Demons below will ring true with fellow indie authors, and provide you with a memorable reminder of how to shut yours up, and proceed to self-publishing success.

Everything was on track. All I needed to do was a final proofread and I'd be ready to publish. Instead, my mood plummeted and the questions began to pile up. Eventually, the questions crystallised and I identified the big one: What if people HATED my new novel?

Yep, I'd been beset by the Doubt Demons. 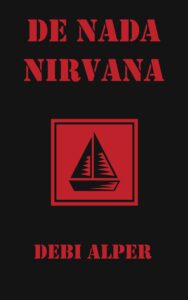 DD: Ah, but this one's different. You’re self-publishing. It hasn't been through a gatekeeper.

Me: Don’t forget my agent took me on, on the basis of this novel.

DD: Ah yes. You were signed direct by Orion without an agent. They didn't offer you a third book deal though, did they? Wouldn't you say that suggests it Just Wasn't Good Enough?

Me: Maybe. But a lot of that might have been down to timing and circumstances beyond my control.

DD: Yeah. Or maybe it's because the first two weren't that good either. Your sales didn't exactly set the world on fire, did they?

Me: Sales of Nirvana Bites were not spectacular, it's true, but they weren't disastrous either. Don't forget I had no web presence back then. It was much harder to build a buzz. But Trading Tatiana had a fraught journey before she even got to the published stage. There was a series of events at the publishers – some tragic – that meant she went through four different editors before she was launched. It was nothing to do with me or my novel.

DD: Let's get back to De Nada Nirvana. Your agent loved it but he couldn't sell it, so it hasn't been through any kind of professional editing process, has it? Answer that one.

Me: I believe I can. I wrote De Nada Nirvana over ten years ago and only returned to it last year when I decided to self-publish. In those intervening ten years, I've worked as a freelance editor, editing an average of 2-3 MSs a month. For the last five years, I've run an online Self-Edit Your Novel course, as well as teaching creative writing at events and to writers' groups. I believe I have both the skills and the distance to edit my own novels. As far as I'm concerned, De Nada Nirvana has been professionally edited.

DD: Right, howzabout this for the killer punch. You're rubbish at self-promotion. You have neither the will nor the skill to tell the rest of the world your books are out there.

Me: I'm not going to try arguing with you on this one. I'm fully aware that I should be thinking about mailing lists and competitions and blog tours and special offers and all that but I'm not. And I'm OK with that. It all depends on how you measure success and what it is you want to achieve. I wanted to write books I'd enjoy reading. I wanted to make the rest of the Nirvana series available for those who want to read them. Self-publishing has enabled me to do that. I also have to balance being an author with my role in working with other people to perfect their novels. I'm simply not prepared to devote the time and energy it takes to do more than the occasional blog post, or FB post or tweet to promote my novels. But I'm cool with this. It feels right to me.

And there we have it. Never let the Doubt Demons win.

(Note: a longer version of this post originally appeared on Debi Alper's author blog here. Many thanks to her for providing a new version specifically to share with the ALLi audience.) 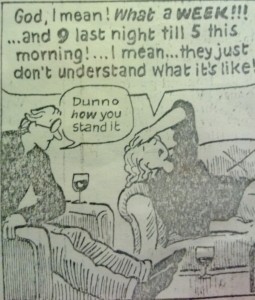 5 Cures for the Self-published Writer's Block – by Debbie Young

Why It's Good to Beat a Writer's Retreat – by Lorna Fergusson

Debi Alper is the author of contemporary thrillers and is also a freelance editor, mentor and creative writing tutor. In 2015, she self-published her first two novels (originally published by Orion) and has recently published the third novel in the Nirvana series, set among the sub-cultures in South East London. For more information about Debi Alper, please visit her website: www,debialper.co.uk.